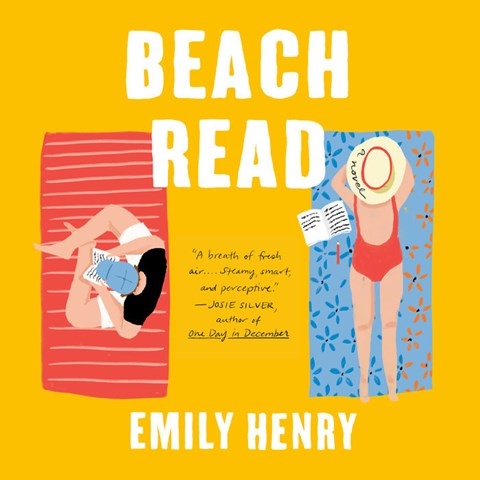 Narrator Julia Whelan inhabits the first-person point of view of January Andrews, a bestselling romance writer who was a hopeless romantic until her father died and she learned of his mistress. Listeners share January's despair as she faces a summer of failing to write her next romance novel while packing up her father's secret beach house. She's dismayed to discover that her... Read More 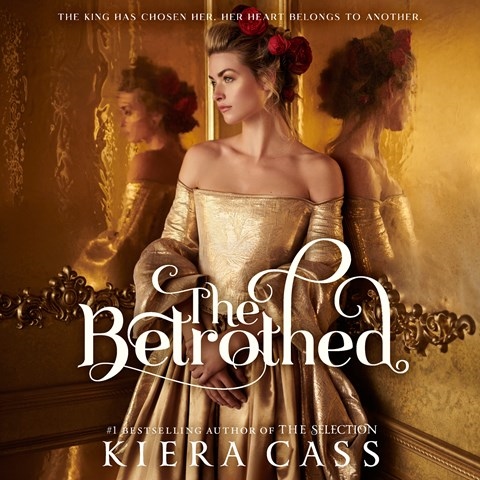 Fans of Kiera Cass's Selection series will be delighted by this new audiobook featuring courtly romance and intrigue. Lady Hollis learns to listen to her heart rather than judging others based on their social standing. Narrator Jasika Nicole's caring presentation ensures that both blossoming love and difficult choices feel authentic to the characters. However, the flow of the... Read More 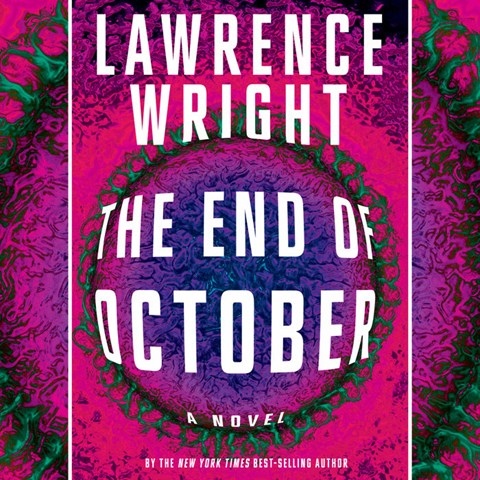 THE END OF OCTOBER

Narrator Mark Bramhall keeps to a firm pace in a story that is often heavily factual and scientific. Many listeners are already familiar with Lawrence Wright's own narration of his prize-winning LOOMING TOWER, which charted the events leading up to 9/11. Wright's new novel about the global spread of a killer virus couldn't be better--or worse--timed, and for that alone benefits... Read More 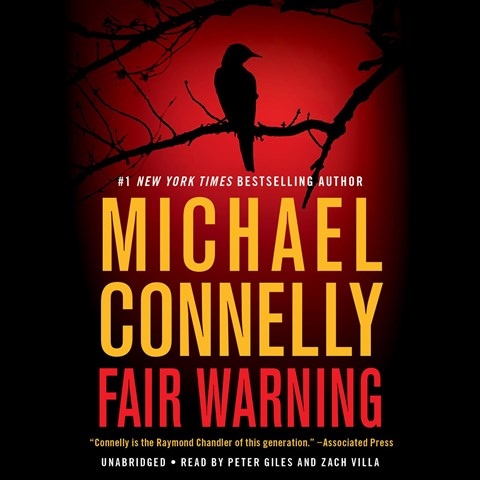 After a long break in this series, narrator Peter Giles returns to portray Michael Connelly's investigative reporter, Jack McEvoy. Giles is joined by Zach Villa, who provides the calm, creepy voice of the serial killer, The Shrike. The Fair Warning of the title is the news organization that McEvoy now works for and is also an alert about the dangers we face when we innocently... Read More 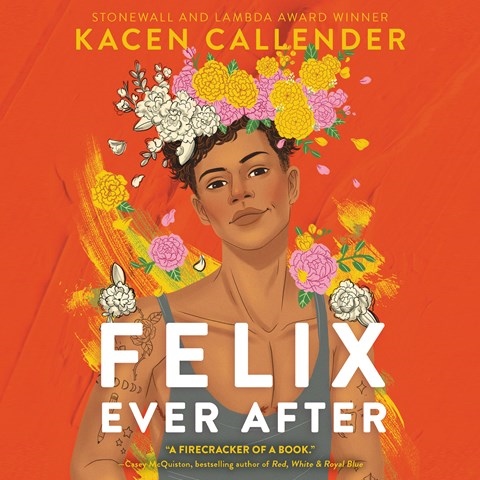 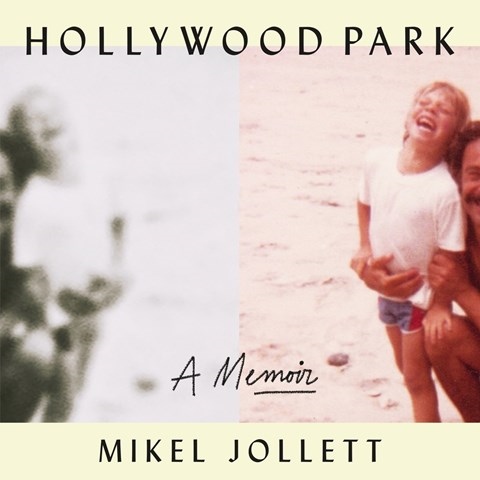 Musician Mikel Jollett is the tender voice of this harrowing memoir of a tumultuous coming-of-age. In a low, earnest tone he recounts the difficult moments of his childhood spent in a well-known California cult called Synanon and his adolescence as a cult escapee. Listeners will hang on every word, especially in the early chapters, which take place during his childhood. Jollett... Read More

Narrator John Bedford Lloyd previously portrayed attorney Alejandro "Sandy" Stern in Scott Turow's BURDEN OF PROOF. This time around, the brilliant defense lawyer is about to defend his last client. Lloyd adds a weariness and a touch of confusion to Stern's voice as he struggles to defend the 75-year old doctor who saved his life with a controversial cancer drug. Turow, known... Read More 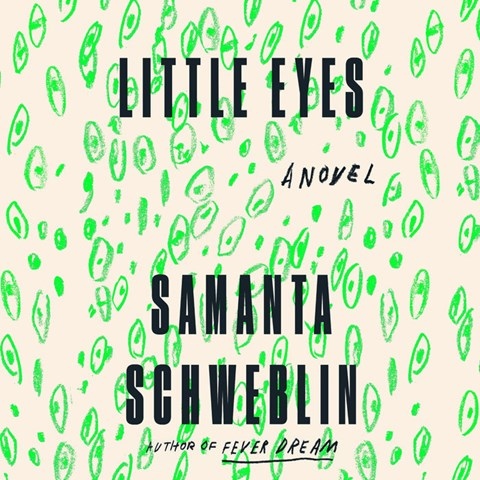 Narrator Cassandra Campbell portrays a cast of characters from around the world in a work of speculative fiction that addresses the ubiquity of technology. Virtual pets, called "kentukis," allow a stranger from somewhere else in the world to control everything the pet sees, while the owner can choose how much or how little to share. Campbell's narration is immersive. The... Read More 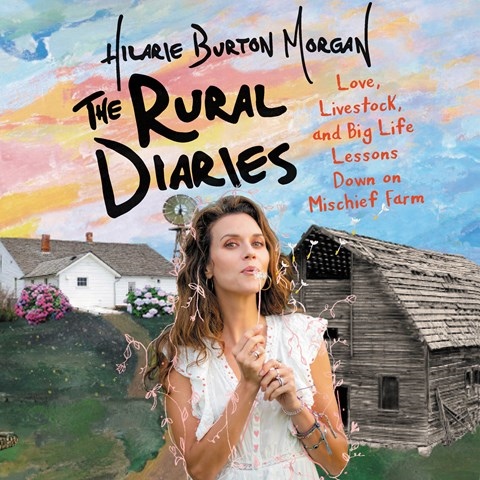 THE RURAL DIARIES Love, Livestock, and Big Life Lessons Down on Mischief Farm

Actress Hilarie Burton Morgan narrates her love letter to a town, a farm, and her man with a consistent twang that "One Tree Hill" fans caught only sporadically. Morgan laughs often as she recalls meeting her husband, actor Jeffrey Dean Morgan; their quick start to having a family; and moving to Rhinebeck, New York. Her descriptions are passionate, and she speaks through... Read More 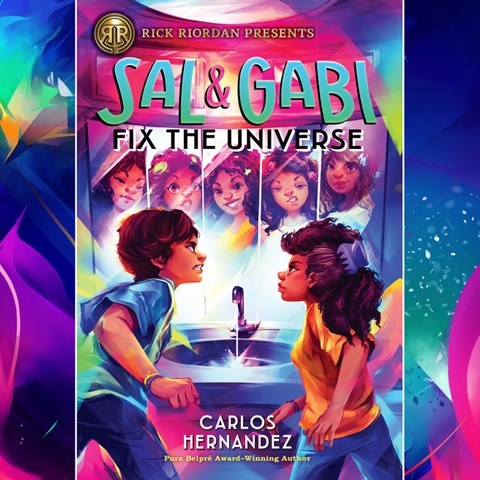 SAL AND GABI FIX THE UNIVERSE Sal and Gabi, Book 2

You didn't think that middle schoolers Sal and Gabi could manipulate the multiverse without there being consequences, did you? Narrator Anthony Rey Perez's lively performance brings listeners right back to Miami's Culeco Academy in this sequel that picks up where SAL AND GABI BREAK THE UNIVERSE left off. The universe is in trouble, and so is the school play that the Culeco... Read More 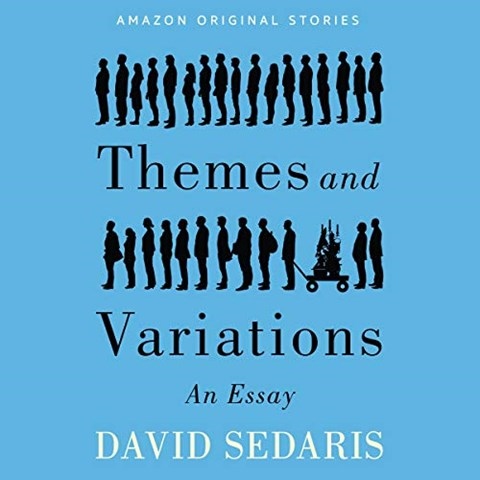 THEMES AND VARIATIONS An Essay

Author David Sedaris delivers this honest, funny essay with his usual flair. After being snubbed by an indifferent author, Sedaris promises himself that when he becomes famous, he will get to know his fans. And he does. He talks to them, learns from them, and shares those gems with us. Sedaris riffs on such varied topics as how difficult it is to give money away to strangers,... Read More 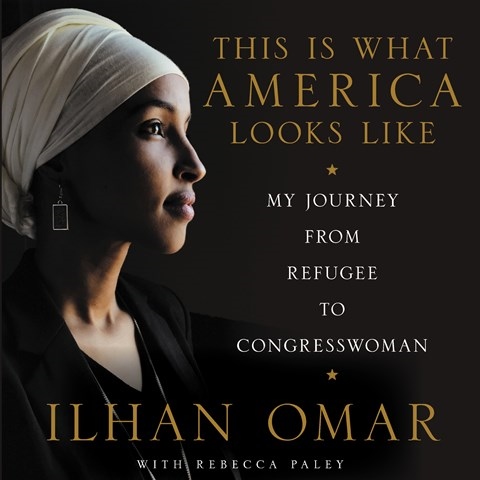 Minnesota representative Ilhan Omar narrates her remarkable life experiences, beginning with her childhood in Mogadishu through her first year in Congress. The first Somali-American and one of two Muslim women elected to Congress, Omar recounts how her comfortable early life was turned upside down at the outbreak of the Somalian civil war. Omar shares her years in refugee... Read More