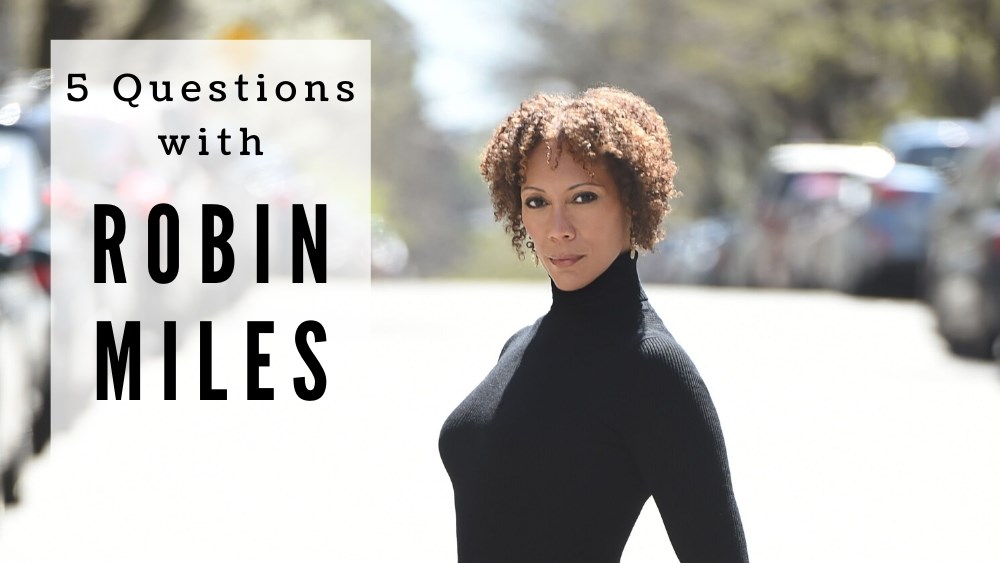 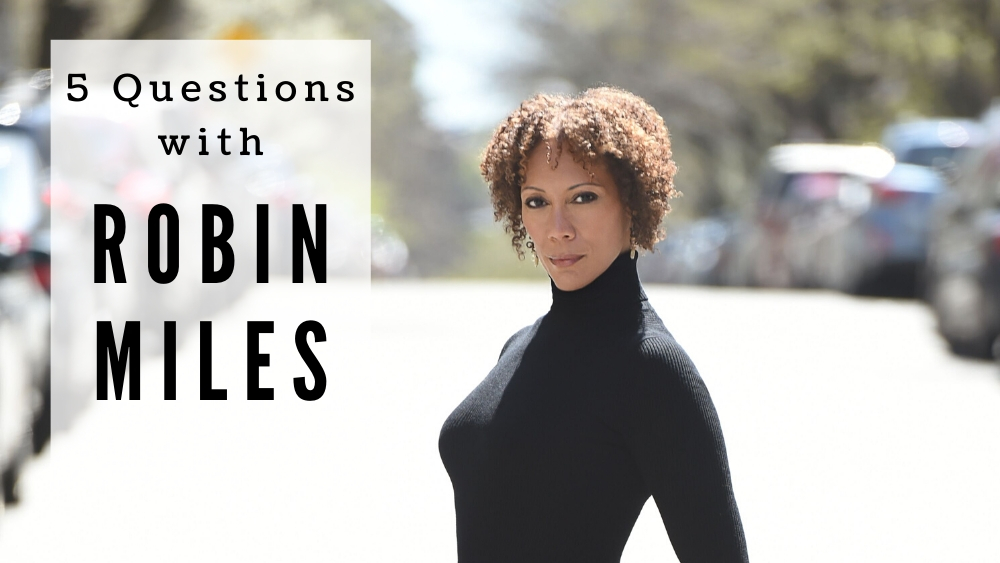 I couldn’t be more excited to welcome narrator Robin Miles into the Take 5 spotlight this month. I’ve been a fan of hers almost since her debut, and I especially loved her work on N.K. Jemisin’s Broken Earth trilogy. One of Robin’s talents is her ability to fade into the background so that her performance immerses you in the story seamlessly.

The audiobooks I picked to feature Robin’s skills as a solo narrator include one of my personal favorites, a classic, and three recent novels. It just so happens that all five were awarded Earphone Awards from our reviewers. 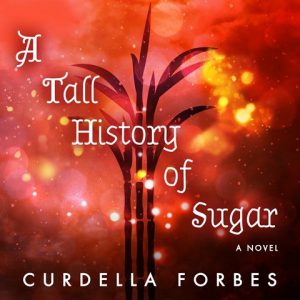 Curdella Forbes’s A TALL HISTORY OF SUGAR, set in Jamaica just before its independence from Great Britain, gives Robin the perfect stage to display her talent for rendering believable accents, including Jamaican dialect, Creole, and proper British. The story is about two outsiders whose childhood friendship, despite the odds, blooms into more. Robin’s feel for the rhythm and the beauty of Forbes’s words makes this a don’t-miss audiobook.

ANOTHER BROOKLYN by Jacqueline Woodson is about a motherless, Southern family who relocates to Brooklyn in the 1970s, to a neighborhood that is transitioning, with increasing drugs and violence and decreasing choices for young black girls. Robin captures the mix of nostalgia and clarity that comes with hindsight in this short audiobook that is told in retrospect by a daughter who returns home to bury her father. 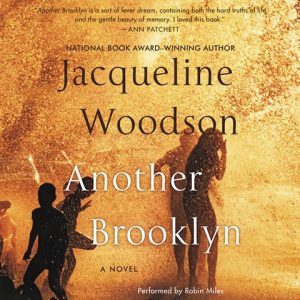 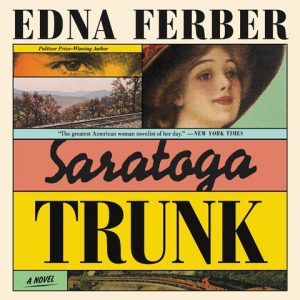 Robin’s performance of Edna Ferber’s SARATOGA TRUNK beautifully introduces this classic novel, set in the second half of the nineteenth century, to a new generation. The audiobook starts out as a revenge story but soon blossoms into a tale of money, power, and love. Robin’s characterizations of the French Creole beauty, the Texan businessman, and the people they interact with in New Orleans and in Saratoga Springs, New York, make the action pop and the romance sizzle.

The collection EVERYTHING INSIDE by Edwidge Danticat tasked Robin to highlight the stories’ shared foundation in Haitian culture while giving each one its own emotional arc. These immigration tales focus on big life issues (relationships, family, death) as experienced by ordinary people. Robin’s sensitive performance and smooth cadence connect listeners to the shared human condition. 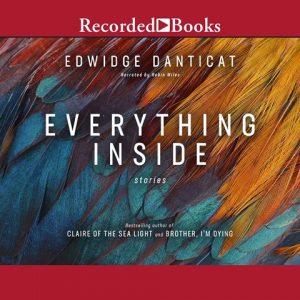 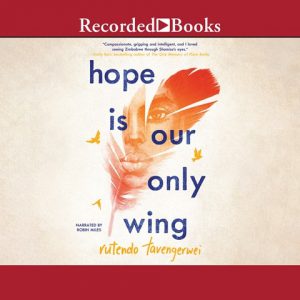 Rutendo Tavengerwei’s HOPE IS OUR ONLY WING is a powerful story of friendship in unsettling circumstances. Teenage Shamiso and her widowed mother return to their native Zimbabwe after a decade in England. As the girl tries to find a place in an unfamiliar land, the country itself beginning a downward political and economic spiral. Robin’s soft delivery and Zimbabwean cadence gives the story an anchor in Africa and stresses the contrasts with Shamiso’s UK upbringing.

Now that I’ve introduced you to Robin Miles’s performances, it’s time to get to know some of the secrets of her success. (And stay tuned for a bonus question at the end.)

AudioFile: What genre will you always say yes to and why?

Robin Miles: I always say yes to speculative fiction, which can mean purely speculative futures or sometimes blended with elements of fantasy or sci-fi. What I like about the genre is how it delves into the possible future (or past) by taking a set of conditions (political, social, etc.) and spinning them forward into a detailed “What if we could have a thing or scenario in an idealized world?” or “What if this current thing or scenario went on unchecked?” or “How would one survive if dropped into this version of reality?” Often authors show us what could happen if we don’t course correct, what could happen if we don’t check ourselves as a culture or species. Like Octavia Butler’s KINDRED and THE PARABLE OF THE SOWER, Margaret Atwood’s THE HANDMAID’S TALE, and Kim Stanley Robinson’s NEW YORK 2140, speculative fiction can be a kind of canary in the mine or a purely creative projection. They also often present a view on a familiar and controversial situation or human dynamic, but they do it allegorically, representationally, allowing us to see things with less bias, without so easily triggering our prejudices. The prescience of many speculative fiction authors is just astounding.

AF: What are some of the particular challenges of narrating nonfiction?

RM: Nonfiction writing demands narrator discipline and humility, and you always want to reflect the spirit and tone of your author, whether it be a distinct personality or a focus on the narrative quality of the work, or neutrality. With nonfiction, you have to listen carefully for the tone and energy of the author in the writing (I’ll speak with them if I can). You need not copy their voice; it’s their relationship with the material that is key. For instance, THE MUELLER REPORT contained explosive material that factually pointed to criminal behavior. But under no circumstance could I read it with a condemning tone. Conclusions were to be drawn by the listener, so I had to stay neutral and factual in my tone. Mueller omitted inserting his “thesis” into the body of the work, not leading us to agree with some specific conclusion. Therefore, I needed to avoid that as well. I’ve also done several detailed 360-degree analyses of a situation or phenomenon (WILDHOOD—comparisons of adolescence across multiple species; HOW WE WIN—strategizing how to fight Islamic fundamentalism, especially among youth across the globe). These titles required loads of scientific and foreign language pronunciations that needed to be right and lots of vocal linking back to the main idea when the arguments and evidence got detailed or footnoted. Yet, they couldn’t get too academic sounding . . . it’s still one person talking to another, sharing ideas. Really challenging.

RM: I love, love, love doing series. I love following characters as the grow and change or become more (or less) of something only hinted at early on. The longer I get to play the characters, the more confident I am with their voices and personalities, so it’s more satisfying for me and the listener the deeper we delve. The hard part is that it does require lots of extra attention to detail—keeping track of personality traits, relationships, character voices, and accents. Especially when returning to record after a long hiatus between books. I also keep track of the passage of time between scenes for each character, as it makes a difference if it’s been 2 months or 10 years since a trauma happened, for instance. How characters react over time can tell me a lot about who they are.

RM: Getting in a booth with a bunch of other actors is the best and really makes an audio drama fly. It’s just more spontaneous and creative when everyone is bringing something to the table. On the downside, it can be messy if there isn’t a director overseeing the process and ensuring the narrative arc is consistent, especially in an audiobook where actors narrate scenes with other actors’ characters in them.  Someone needs to coordinate voice samples to be shared with each other, so that there is consistency. Scenes can fall flat if actors play scene beats at odds with each other. So, without a director, you often get lots of pickups to correct inconsistencies that could have been avoided from the start.

RM: I’m afraid protecting my voice makes me a bit boring in my downtime, but it is necessary. I don’t go to restaurants with lots of ambient noise. That is a voice killer! I am careful not to glottal shock or fry in my everyday speech (that punchy or gravelly sound on words that begin with a vowel)—I save that for particular characters. I drink lots of water and limited coffee (which I love!) and very little alcohol. So, my old favorite, bourbon, I do only on special occasions. I try to get regular sleep, and I work out three to five times/week. That is to keep my lung capacity near max and keep the muscles I use to sit up straight and to support long breaths in shape.

RM: I bring a Kleen Kanteen of jasmine green tea with me whenever I record.  After recording, on occasion, I will have a prosecco.

Thank you so much for spending some time with us, Robin. I like speculative fiction for many of the aspects you mentioned. You brought up a number of issues with nonfiction that I hadn’t thought about before: conveying the ideas and the author’s voice without injecting your own interpretations really does sound challenging. 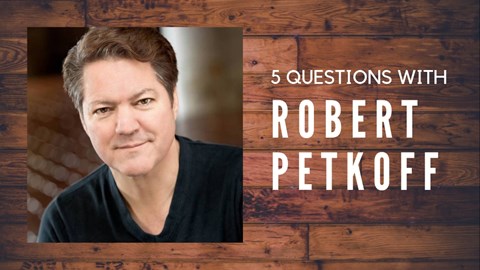 5 Questions with Narrator Robert Petkoff
Candace Levy | 10.23.19
Say hello to today’s featured audiobook narrator, Robert Petkoff, who has performed some of my all-time favorite listens, one of which I feature here. He has an impressive roster

Narrator Robin Miles on the Humility of Walking in Someone Else's Shoes
AudioFile Editors | 02.23.19

In our podcast interview with Robin Miles, we learn about her process for preparing to narrate an audiobook, why it can be worth taking risks with accents, and the humility