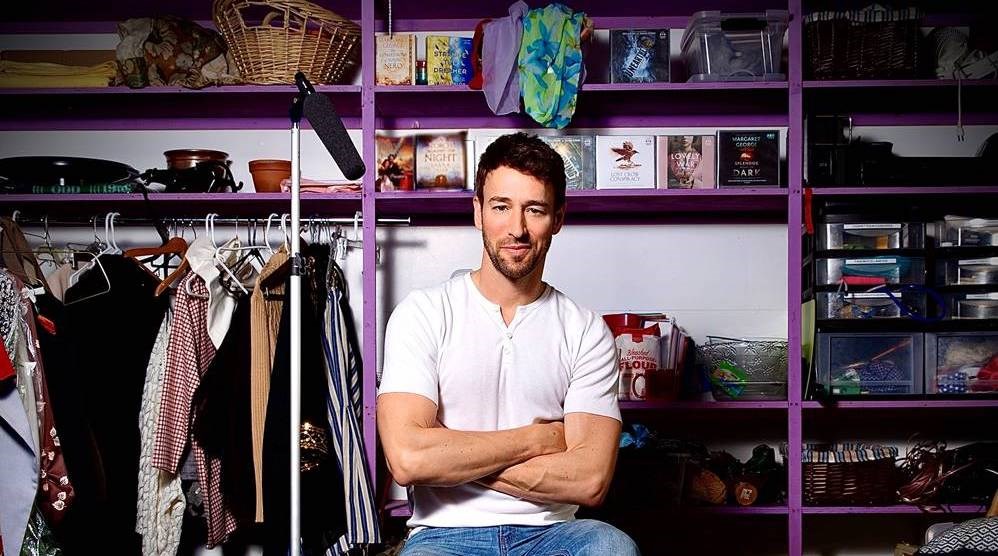 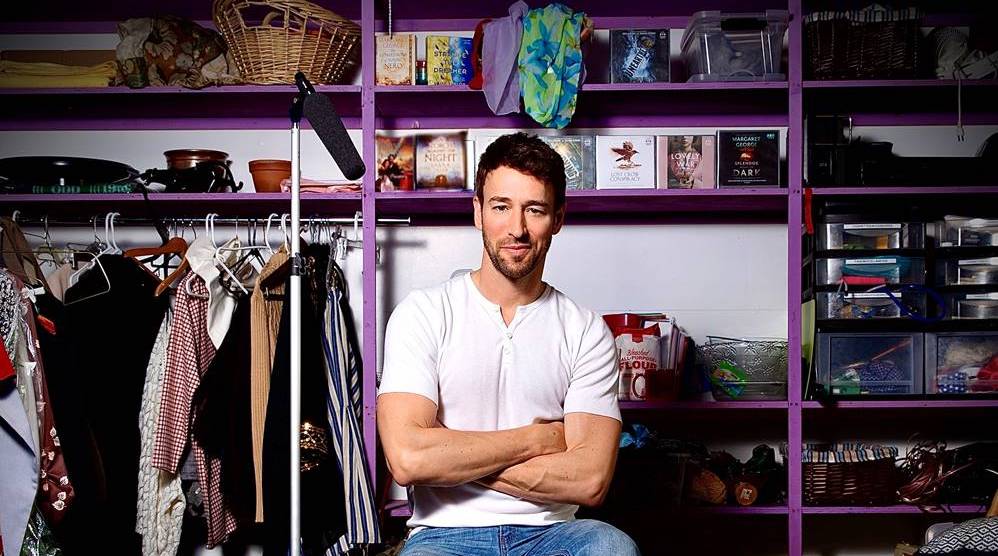 Today’s Take 5 narrator is a man whose pleasant, clear voice invites listeners to come closer and enter the captivating world of whatever audiobook he’s performing. Whether he’s narrating fantasy, mystery, or history, Steve West highlights the characters’ personalities, creating believable portraits of the young and old and of the heroes and villains.

I can’t remember which Steve West audiobook was my first, but from that initial listen right up to today, I have been impressed with his attention to the flow and tempo of a story. Steve has a knack for holding back a beat when we need a moment to absorb a plot point, and he is equally adept at pushing us forward when the action is compelling.

Steve carries his skills across the genres, using them to help guide us through fairly complex subjects. For example, his expressive delivery and intelligent use of pacing helps listeners connect to and understand Raoul Martinez’s political philosophy presented in CREATING FREEDOM.

Need help choosing your next audiobook read by Steve? Take a look at my recommendations, which focus on some of his recent solo audiobook performances. 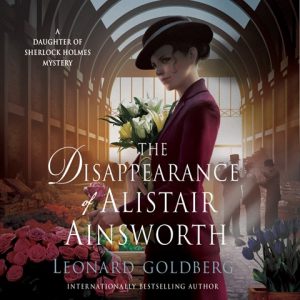 Using the classic Sherlock Holmes stories as his foundation, Leonard Goldberg brings the mysteries into the early 20th century in his Daughter of Sherlock Holmes series. The newest entry is THE DISAPPEARANCE OF ALISTAIR AINSWORTH, which involves a doctor, a possible kidnapping, and German agents. Joanna (daughter of Holmes) and her husband, John (son of Dr. Watson), are on the case, as are various officers from Scotland Yard and the British Navy. Steve’s thoughtful portrayals give the characters an extra dimension, helping listeners envision the full range of players. 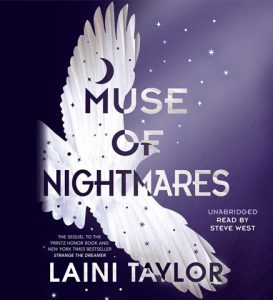 Laini Taylor’s young adult Strange the Dreamer duology is a mashup of genres, including fantasy, science fiction, and romance. In a world destroyed by rebellion, a band of dreamers, demi-gods, and ghosts attempt to find a way past revenge and hate to a state of redemption and peace. The audiobooks are rich in action, mythology, world building, and philosophy, giving them wide appeal. Steve’s work on the second book, MUSE OF NIGHTMARES, won an Earphones Award for his characterizations and the level of emotional drama he brought to his performance. 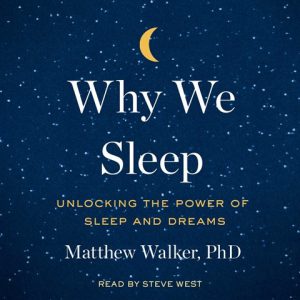 Written by sleep scientist Matthew Walker, WHY WE SLEEP is an in-depth look at the purpose of sleep, how we can improve our sleep, and the dangers of sleep deprivation. Geared to a general audience, this audiobook presents current research and includes specific information on how to harness the benefits of sleep as well as non-pharmaceutical methods for improving your sleep cycle. Steve’s evident enthusiasm for the subject and excellent diction make the material accessible to listeners. If you give this important audiobook a try, be sure to download the accompanying PDF. 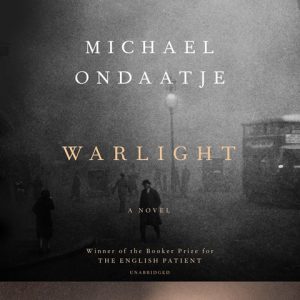 Set at the end of World War II, WARLIGHT by Michael Ondaatje is a character study focused on Nathaniel and Rachel, teenage siblings who were left in England under the care of shady guardians after their parents relocated to Singapore. Told in retrospect by Nathaniel, it’s a story of discovery, loss of innocence, and survival in an uncertain world. Steve’s Earphones Award-winning performance captures Nathaniel’s mixed and varied emotions and, at the same time, follows the author’s pace, allowing the story to carefully unfold. 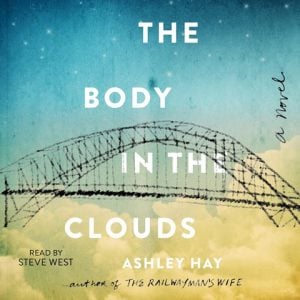 Set in Australia in three different time periods, THE BODY IN THE CLOUDS by Ashley Hay focuses on a trio of men, each of whom has a connection to Sydney Harbor. An astronomer in the late 1700s, a laborer in the 1930s, and an ex-pat banker in the 21st century have a shared vision of a falling man and a shared struggle to discover the meaning of home. While Steve’s performance highlights each man’s unique internal dialogue, it also allows listeners to find the commonalities among these seemingly very different men.

Now that you’ve explored some of British narrator Steve West’s audiobook performances and added to your listening wish list, it’s time to get to know the man who has brought all of those stories and more to your favorite earbuds. Steve kindly agreed to answer a few questions about what it’s like to be an audiobook narrator.

Steve West: If you have any inkling your first audiobook could be a series or spawn a spin off, or even if you know it’s a series but think you’ll remember stuff when it comes back around . . . keep notes and voices coz you probably won’t remember!

Nowadays it’s so much easier with iPhones and searchable PDFs (I started when we worked on paper, so word searching was not a possibility) that it’s not hard to keep stuff, and it really pays to keep track because you never know. People pop back up or an author decides to write about this small best-friend character and put them centre stage in another book, and it can be years later.

Also now since I record from home a lot, I just take a sample of most of the characters in a book. It’s so easy to do as you’re recording—to save and label a clip—that it’s just a habit.

I know you said one thing, but I if I may add another, I also wished I knew not to sweat the voices too much. I would worry that people didn’t sound different enough or that everyone had to be so distinct. As I gained experience I realised that as long as you have the character correct and you’re playing that, it will come across to the listener. It’s always about being truthful and bringing the characters to life.

SW: I will always say a big yes to Brit comedies. Anything with that ironic irreverence, self-deprecating humour, and quirky characters. I love those audiobooks!

Nick Spaulding’s work is a good example of what I’m talking about, and recording his book DUMPED ACTUALLY last year was a highlight. I also had a ball with INTERSTELLAR CAVEMAN and FAULTY PROPHET. They had elements of Red Dwarf and again that dry, ironic humour.

I think I’m drawn to male protagonists who are the opposite of your macho hero archetype but find themselves thrust into rather insane situations where they have to sink or swim. Generally they barely avoid sinking like a stone, and hence the comedy ensues. Love them!

SW: I mention this one because people still bring it up to this day. I was murdered (on screen) by Chucky the killer doll. He of Child’s Play notoriety and subsequent sequels. I was in Seed of Chucky, which followed Bride of Chucky, although my mates always tell people I was in Bride. I mean puh-tay-toe, puh-tah-toe at this stage I suppose, LOL.

Anyway, if you’ve looked at my website there’s a clip of it there, complete with blood and me taking my last on-screen breath of the movie.

A bonus little known fact was that we actually filmed it in Bucharest, at a studio about an hour outside the city, at the same place that Cold Mountain, starring Nicole Kidman and Renée Zellweger, was filmed. Therefore, I spent six weeks over there wandering the backdrops and sets of Cold Mountain waiting to die at the hands of the puppeteers controlling Chucky. I could also often be found in my trailer (there’s a lot of downtime on a movie set) making international calls. For some reason the phone allowed me to dial anywhere, and I was sure I’d be presented with a huge bill at the end of shooting. So far I never have. Hopefully no one from the production reads this . . .

AF: What’s your first reaction when someone asks you how they could become an audiobook narrator?

SW: I immediately want to know: Do you have an excellent attention span? Narrating books takes a lot of concentration, and some people just aren’t cut out for it or just wouldn’t enjoy it.

If you’re the type of person whose mind tends to wander or you don’t enjoy sitting still for too long. If you can’t clear you mind and really just be present with the page and be “in the room” with the story for a lengthy amount of time, then don’t do it.

However, if you can and love guiding a story and effectively living it and getting to play everyone, it’s magical! The brain exhaustion wanes as you get more and more experienced (I nearly died after my first audiobook; I could hardly walk or talk by the end of the day). Then, as you develop that skill to focus, you can really fly with an audiobook.

Also I want to know if you are good at reading out loud. Some people have great voices and are great with characters and pieces of dialogue but not necessarily good at continually reading and swapping between characters. It really is a tricky thing to master well, and I don’t think narrators get enough cred for their skill (in the voice industry at large).

SW: I have surreptitiously attempted to, shall we say, allow something very natural to happen whilst in mid-recording flow. The point is, I really didn’t want to stop the part I was recording and thought (incorrectly) I could get away with it.

However that “natural occurrence” was most definitely picked up on mic and my dramatics—which really were going rather well—were brought to an abrupt halt. “I think there was a noise under there” was the kindly comment from the tech. I mean, you gotta do what you gotta do sometimes. It just happened to be at a very inopportune moment.

(If I could put in an emoticon here it would be the face-palm one.)

Thanks so much for answering my questions, Steve. You know I had to go see the clip of you gasping out your last words after being done in by Chucky! And thanks too for giving us some insight into the world of voice performance; it sounds like it can be both rewarding and draining. 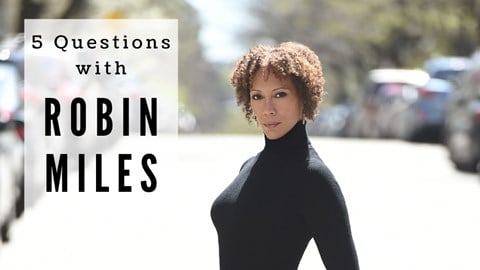 Second Star to the Left and Straight On 'Til . . . a Steampunk Twist on Peter Pan: Everland
AudioFile Editors | 06.09.18
This week we have a special double feature—narrators Fiona Hardingham and Steve West take us Behind the Mic with EVERLAND — the narrator duo alternate chapters between the points