6 Tales of Coming to America

These men are the most recent immigrants in our respective families. They arrived with nothing but fortitude and enthusiasm and became Americans. I think of them as two precious scraps in America’s wondrous crazy-quilt. In gratitude to all newcomers from wherever they originate, I’m recommending six tales of immigration that foster admiration and appreciation. 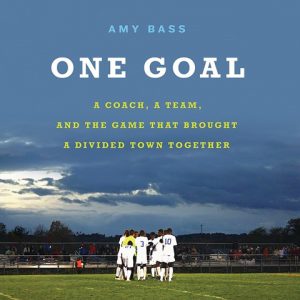 Let’s start with ONE GOAL, journalist Amy Bass’s new “Friday Night Lights”-like story of Lewiston, Maine’s, improbable soccer team. When Somali players, who were recent immigrants, experienced outright racism in mostly white Lewiston, the team’s coach helped them bond with local players and together make a run for the state championship. This rousing and heartening listen is heightened by Will Collyer’s sensitive performance and his hints of Somali and Maine accents. 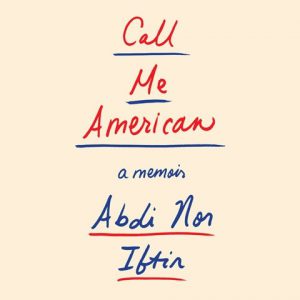 Abdi Nor Iftin also came to America from Somalia, leaving his war-torn birth country after an idyllic childhood. Prentice Onayemi reads Iftin’s intense memoir, CALL ME AMERICAN, in a fine warm voice that equally graces the harrowing, joyful, and reflective parts of the story. Iftin himself reads the thoughtful epilogue in an enthusiastic headlong English that made me smile with pleasure and appreciation. 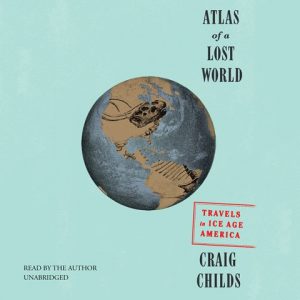 Getting to America has always been a challenge. Perhaps never more so than for those in Craig Childs’s fascinating adventure-science book, ATLAS OF A LOST WORLD. Excellently read by the author with a clear and easygoing delivery, this is a time-travel voyage back over 20,000 years to walk beside the ancestors of the continent’s indigenous people. Childs mixes the newest archeological and anthropological findings with his own hardy travels and observations, creating a world-class tour of ice-age America that made me want to slow down and savor the trip. 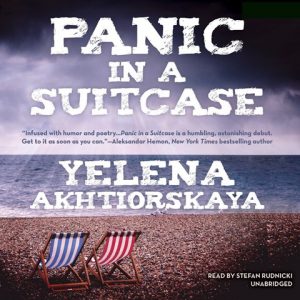 Yelena Akhtiorskaya’s PANIC IN A SUITCASE is an often hilarious, occasionally heartbreaking debut novel of the Eastern European immigrant experience. In this case, it’s the Nasmertov family from Odessa, who settle among other Ukrainian Jews in Brighton Beach, where they struggle with being both themselves and also new Americans. Stefan Rudnicki’s Earphones Award performance emphasizes the story’s depth of humor and lightning-swift emotions, capturing the heart and not letting go. 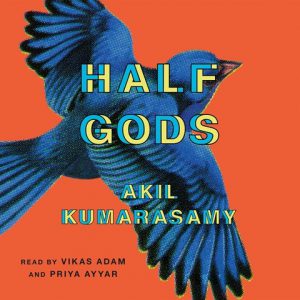 The ten interlinked stories in Akil Kumarasamy’s debut collection, HALF GODS, explore the past and present lives of a Sri Lankan family now settled in New Jersey. They remember, move forward, mourn, and celebrate, mixing today and yesterday in the way that we all must, for we’re each alive because of what came before. It’s a bittersweet intergenerational tale that feels at once realistic and magical. Priya Ayyar and Vikas Adam, who share the narration, offer a fine performance of Kumarasamy’s lapidary prose. 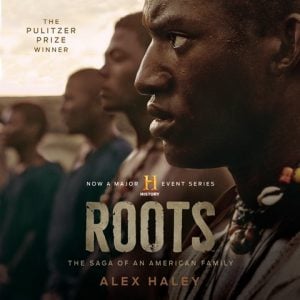 Finally, a classic that is forever relevant. ROOTS, the novelized history of Alex Haley’s enslaved ancestors, won the 1976 Pulitzer Prize, and thirty years later, an Earphones Award for Avery Brooks’s performance of the audiobook. Like a conjurer, his rich voice summons the lives of enslaved African Kunte Kinte and his American descendants. Listening, I realized again why ROOTS was such a big deal. It’s still a big deal. And a transfixing listen.

In Our Time: Immigration and the American Imagination of Itself
Francisca Goldsmith | 11.26.17
From time to time, we’ll be publishing blog posts about listening that can advance our understanding of current events. In this initial post in that vein, we’re talking about how
How Families Can Explore the Immigrant Experience With Audiobooks
Emily Connelly | 04.20.17