Home » Articles » 7 (and more) Great Audiobooks About the Civil War 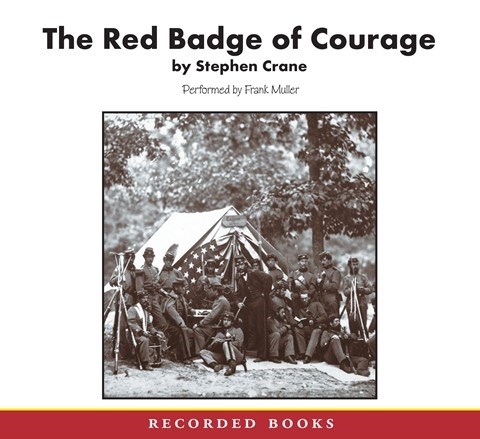 7 (and more) Great Audiobooks About the Civil War 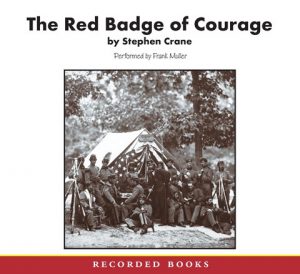 July 1st is the anniversary of the start of the Civil War Battle of Gettysburg. On my first visit to the battlefield, which is one of the country’s top summer travel sites, I got lost in the woods near Little Round Top. Though I soon found the path, my panicked stomach-flop brought to mind terrified Henry Fleming in Stephen Crane’s THE RED BADGE OF COURAGE, that archetypal novel about fear and heroism in the midst of a maelstrom. If you, like I, read it in school eons ago, it’s worth revisiting as we approach the anniversary of the decisive battle, and of a war whose wounds persist. Of all the versions, I recommend the re-release of Frank Muller’s performance. His reading is as marvelous as the war was devastating.

Staying on that Pennsylvania battlefield, I also recommend Stephen Hoye’s Earphones Award performance of Michael Shaara’s Pulitzer Prize-winning THE KILLER ANGELS. I listened during my two-day tramp up the hills, and back and forth across the huge killing plain. The novel’s mix of realism blended with the story-telling arc of fiction brought the events to life in all their horror and nobility. 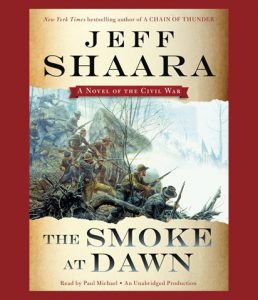 Michael’s son Jeff Shaara has expanded on his father’s legacy with a terrific series of novels about the war’s shifting scope and purpose, and other battles. All excel at wrapping the stories of individual soldiers around factual history. My husband and I listened to A CHAIN OF THUNDER about the battle of Vicksburg while visiting the city, and were grateful to have educated ourselves before we happened into a lunchtime conversation with a local about how Yankees don’t appreciate the war’s decimation. Check out THE FATEFUL LIGHTNING, THE SMOKE AT DAWN, and A BLAZE OF GLORY as well. The warm timbre of series narrator Paul Michael’s voice is just right, adding extra gravitas and emotion. 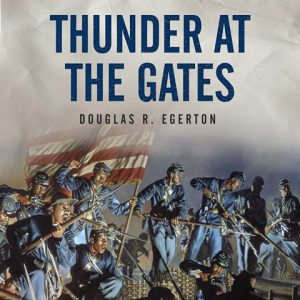 “But what about real history?” I hear my father asking. He liked to keep history and fiction as separate as church and state. He also liked the less usual truth, such as that found in Douglas Egerton’s fascinating and moving history, THUNDER AT THE GATES, which drops us into the Civil War’s black regiments. Winner of the Gilder Lehrman Lincoln Prize, the true story is told through individual portraits in Sean Crisden’s fine narration. It’s a gripping take on a vital piece of our nation’s 19th-century conflagration.

I also recommend James McPherson’s Pulitzer Prize-winning two-part history of the war, BATTLE CRY OF FREEDOM, which is graced with even-handedness and fine storytelling skill. And even more importantly for us, it’s given a clear and steady narration by Jonathan Davis.

For fact with the intensity of the best fiction, don’t miss A GUNNER IN LEE’S ARMY. Lloyd James and Joe Barrett offer an Earphones Award performance of the collected Civil War letters of Thomas Henry Carter, who served in the Army of Northern Virginia. Mostly written to his adored wife, Carter’s letters are opinionated, honest, heartfelt, and movingly eloquent. War in all its inevitability and insanity fills the pages. They’re just brilliant. 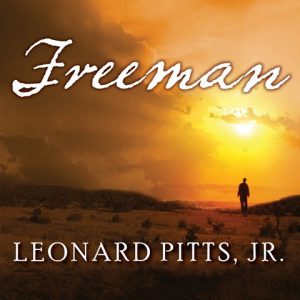 And for what came after, I’m back to historical fiction with Leonard Pitts, Jr.’s FREEMAN. It’s an unsparing and riveting look at the post-Civil War south as a runaway former slave travels to Mississippi to find the wife he’d left behind. Sean Crisden again offers an ace performance, for which he won an Earphones Award.

What about you? Any favorite Civil War (or post-Civil War) titles to add as the summer travel season gets into full swing?

Aurelia's Audio Adventures: Growing Up with the Vietnam War
Aurelia C. Scott | 10.05.17
Soldiers lunged muddy, exhausted, and wide-eyed across our kitchen table most evenings when I was a teenager. It was the Vietnam War, in all its fear and confusion, playing in

Aurelia's Audio Adventures: My Grandfather's War
Aurelia C. Scott | 09.21.17
At age twenty-two, my grandfather looked a hero in his WWI pilot’s uniform. Peaked cap at a rakish angle, hand on his father’s shoulder, arm around his mother, he smiled broadly