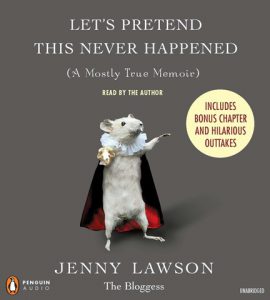 Audiobook narrators are my heroes. They have to do with voice alone what stage or screen actors can do with eyebrows, posture, hands, and physical beauty. In fact, it’s surprisingly often the marquee-name actors who breeze into the recording booth prepared to blow us away as narrators, yet wind up in the dust because they underestimated how hard it is to do all of their acting with just one of their tools.

The narrator doesn’t get nearly enough adulation, in my book, but too often s/he also doesn’t get the same kind of triple-checking support from the publisher that the print version of a book does. Many times, the actor who translates the book into sound does a good job interpreting the text while failing through pronunciation or production mistakes that are the aural equivalent of copy-editing errors. The details that can trip up a narrator from returning a perfect performance can be avoided through research and a closer reading of a book before recording time.

After polling a wide range of audiobook reviewers and judges, passionate listeners, and newcomers to audiobooks, I’ve compiled a list of mistakes that they report as pulling them out of the moment and cause annoyance rather than engagement and contentment.

Mispronunciation yanks the listener out of the story, perhaps even more joltingly than typos or spelling mistakes on a page since a great narration puts you inside the story and the story literally inside your head. Narrators should always check how to say foreign words, and especially if they have not been trained in the language the words come from. Listeners will enjoy your work so much more if your “Dvorak” is pronounced Dvor-zhak, both for the authenticity and for the beauty and strangeness of it. You are building a universe from sounds for your listener; don’t leave out the good parts. 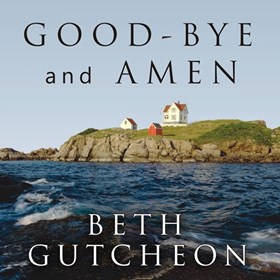 In addition to turning to librarians, if the writer of the text you are performing is alive, ask the publisher if you may talk to him or her about pronunciations and even characterizations. Every writer I know would welcome this.

We audiobook addicts adore what great narrators do for us. They are the bedrock of one corner of the literary world that is thriving and growing and as such, they are profoundly important to readers and writers everywhere. All we ask is that they be perfect.

Beth Gutcheon is a novelist with ten novels in print, six of which have been recorded. She has reviewed hundreds of audiobooks, consumed many hundreds more as a civilian, and serves as a judge for the Audie awards. Her most recent novel and first murder mystery, Death at Breakfast, appeared in May.

This AudiOpinion has been edited from its original longer form in the print issue of AudioFile Magazine, December 2015/January 2016.