Home » Articles » A Narrator's Journey on the Road to Tara 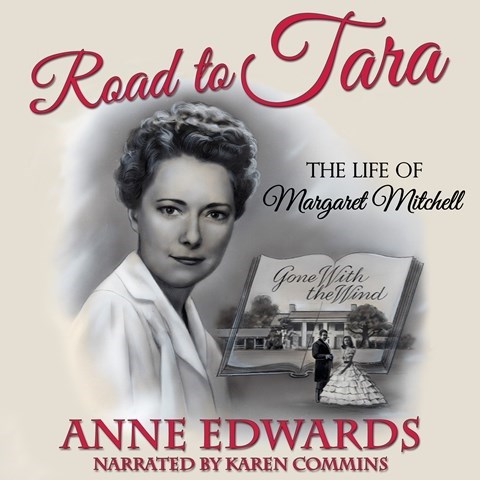 A Narrator's Journey on the Road to Tara

Film star Clark Gable once called author Margaret Mitchell “the most fascinating woman I ever met.” 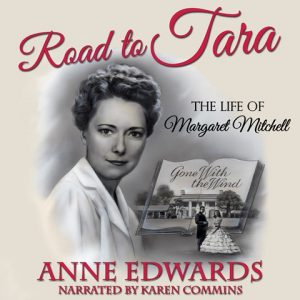 I’m an Atlanta native, and GONE WITH THE WIND has always been my favorite book and movie. However, I didn’t know much about Margaret Mitchell until I read ROAD TO TARA: The Life of Margaret Mitchell by Anne Edwards.

As I read the book, I found myself agreeing with Gable’s assessment. The many quoted passages in ROAD TO TARA illustrate Mitchell’s terrific gift in captivating her audience and reveal her sharp grasp of publishing legalities.

This book became a map for a spiritual quest. I visited several Atlanta tourist spots associated with Miss Mitchell, including her tiny apartment where she wrote GWTW, her grave, and a GONE WITH THE WIND museum.

The more I learned about her, the more I felt called to narrate this audiobook. I hosted a webinar for other narrators to learn with me how to acquire audio rights and then negotiated the licensing with the publisher.

In preparing for my recording sessions, I found a radio interview with author Anne Edwards. She said that in order to write a biography, you need a question to answer or a mystery to solve about a person.

Narrating this biography raised a particular question for me: What did Margaret Mitchell sound like? 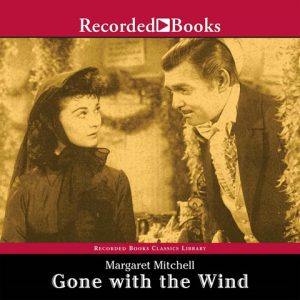 My research led me to the answer in the archives at the Hargrett Rare Book and Manuscript Library at the University of Georgia. I finally was able to listen to the recording made at the 1939 Atlanta movie premiere!

What’s more, I eagerly read the voluminous legal correspondence related to the first “talking book” of GWTW! The federal government initiated the non-profit Talking Books program in 1933 to create audio editions of the most popular books for use by visually impaired citizens.

In September 1939, the American Foundation for the Blind (AFB) requested permission to make no more than 300 copies of a GWTW talking book to be produced and distributed on phonograph records. Macmillan President George Brett left the decision to Mitchell. Unlike all other authors before her, Mitchell did not immediately agree to the AFB plan.

Mitchell came from a family of lawyers and asked many questions in a series of long letters. She wanted to ensure the GWTW talking book would maintain copyright protection and not infringe on radio and other rights she had sold to others.

Once her questions were answered satisfactorily, Mitchell granted her permission in June 1940 for AFB to proceed, although with certain stipulations. For instance, she expressly reserved the right to make and sell commercial phonographic records of her novel!

Those statistics make me appreciate the speed and ease of audiobook acquisition today. ROAD TO TARA: The Life of Margaret Mitchell, which discusses a truly fascinating woman, lasts 14 hours and can be downloaded in about a minute.