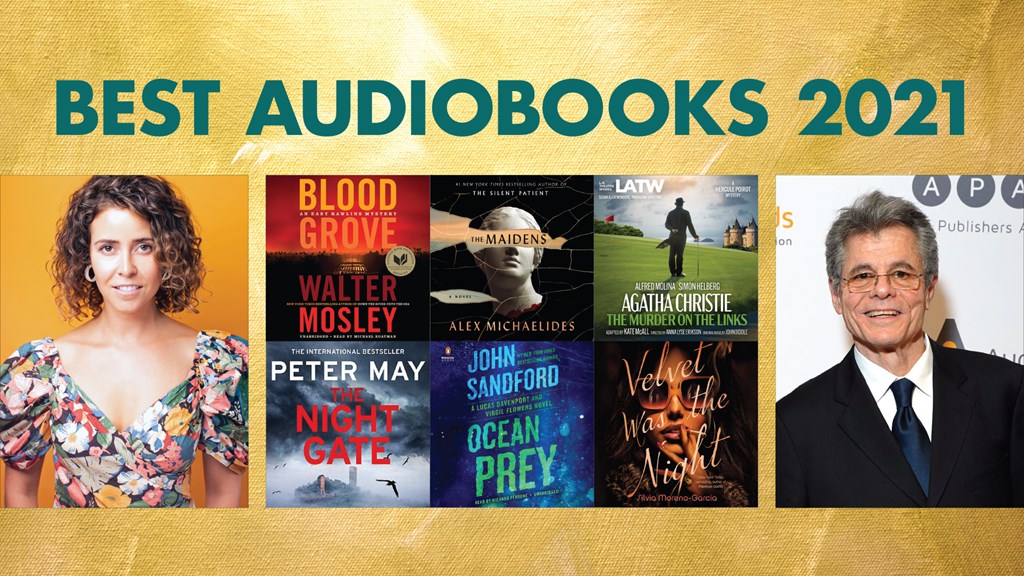 It's been a strange year in many ways, but 2021 has provided listeners with a library full of outstanding mystery and suspense audiobooks. AudioFile has now selected the Best Mystery & Suspense Audiobooks for 2021. The Best Audiobooks include additions to ongoing series, standalones that are set in our current pandemic world, and historic fiction. They take listeners from California to Florida, Mexico, Europe, and South Africa. It's a truly diverse collection that reflects the expansiveness of the genre and the many ways audiobook mysteries engage listeners. 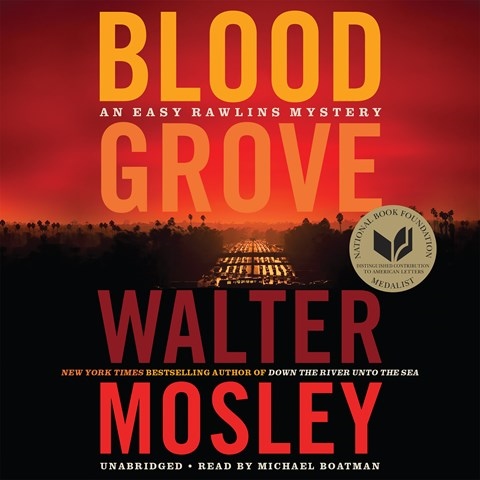 BLOOD GROVE by Walter Mosley and read by Michael Boatman is the 15th audiobook in the Easy Rawlins series. Mosley takes us back to 1969, when the impact of the Vietnam war is brought back to Southern California by vets whose wounds go deep. While the easygoing “hippy culture” that permeates the setting seems nostalgic, the intensity of the racism feels painfully current. Boatman earned an Earphones Award for his masterful voicing of Rawlins, a Black private detective navigating a white, racist justice system. Boatman also brings his talents to voice the many secondary characters, including men and women of all races and all ages. 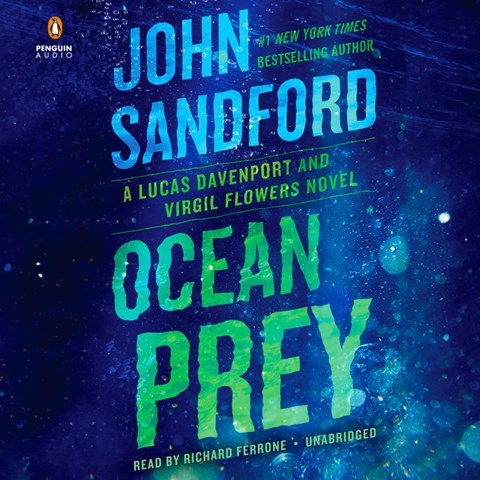 Another series addition is OCEAN PREY by John Sandford, read by Richard Ferrone. Believe it or not, this is the 31st addition to the Prey series featuring U.S. Marshal Lucas Davenport. It should be noted that this is a crossover with another of Sandford’s series that features Virgil Flowers, who is called in to help out on this case in Southern Florida. Ferrone’s gritty voice has grown up with and grown into Lucas Davenport’s as Davenport has matured and gone through several roles in law enforcement. Ferrone’s skill is that he can also convincingly perform the female roles and the other many characters, including the often-stoned Virgil Flowers. As with the other books in the series, listeners are taken on a nonstop roller coaster ride. This audiobook does have a sad surprise—but no spoilers here. You’ll just have to listen. 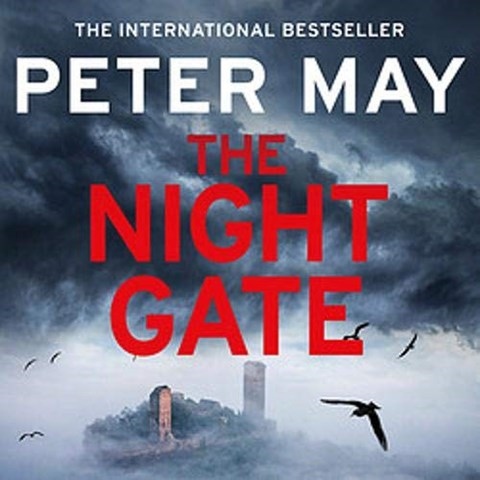 THE NIGHT GATE by Peter May, read by Peter Forbes, is the 7th book in The Enzo Files featuring forensic archaeologist Enzo Macleod. Forbes’s talent for accents earned him an Earphones Award for this audiobook. Forbes is the go-to narrator for most of May’s series. The lead character is a fascinating and complicated man in both his personal and professional life. Enzo is of Scottish birth and has been living and working in France most of his adult life. Forbes does a great job of capturing his Scottish brogue and the French words and expressions. Of all the winners in the 2021 Mystery & Suspense category, this is the only one that takes place during the COVID pandemic, and the audiobook speaks to impacts on travel, maintaining social distance, and wearing masks. Interestingly it also partly takes place during WWII in England and Europe. The weaving back and forth between the two times makes for an intense, complex, and engaging listen. 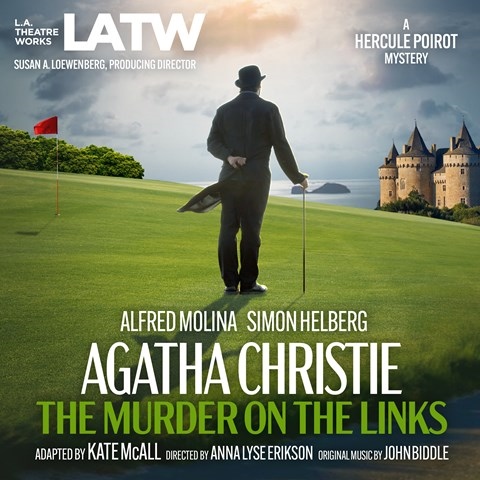 And now for something completely different: THE MURDER ON THE LINKS by Agatha Christie and adapted by Kate McAll, performed by Alfred Molina, Simon Helberg, and a full cast. This is a delightful, entertaining listening experience and has been boiled down to 1.5 hours. The production by L.A. Theater Works features Alfred Molina as Hercule Poirot and Simon Helberg as his loyal assistant and overall narrator. You can listen to Molina discuss the production with AudioFile on the Behind the Mic podcast. 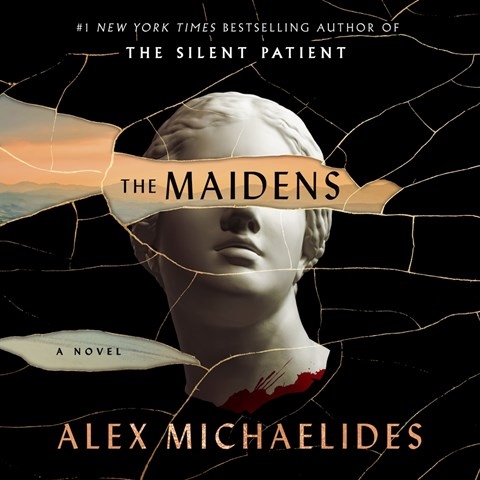 For a much more serious psychological thriller: THE MAIDENS by Alex Michaelides, read by Louise Brealey and Kobna Holdbrick-Smith. This dark, complex psychological thriller steeps listeners in the world of group therapy and Greek mythology. It is also an Earphones Award winner. Brealey voices Mariana, a psychotherapist turned amateur sleuth who becomes obsessed with proving the guilt of Cambridge Professor Edward Fosca, whose female students are showing up dead. Brealey performs a multitude of characters, while narrator Holdbrick-Smith voices the murderer. 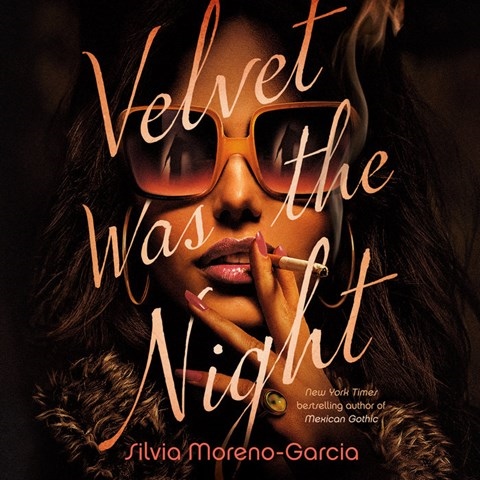 Finally, a trip to Mexico and back in time to the early 1970s: VELVET WAS THE NIGHT by Silvia Moreno-Garcia and read by Gisela Chípe. The author paints for us the gritty, politically unsettled world of Mexico City, where Maite, a 30-year-old secretary, finds refuge in her romance magazines, while organized groups of thugs cause chaos during student protests. Chípe earned an Earphones Award for beautifully performing the dreamy secretary as well as the tough male enforcers and floating effortlessly in and out of Spanish names and phrases. The result transports listeners to another time and place following the efforts of Maite and Elvis, one of the thugs, to find Leonora, Maite’s missing neighbor.

Congratulations to all of the winners! You can avoid supply-chain shortages by considering these audiobooks for the mystery and suspense fans on your holiday list.

When you bring together a former Presidential candidate, Secretary of State, and First Lady—Hillary Rodham Clinton—with a bestselling and beloved mystery