Home » Articles » Behind the Mic: Say You're Sorry 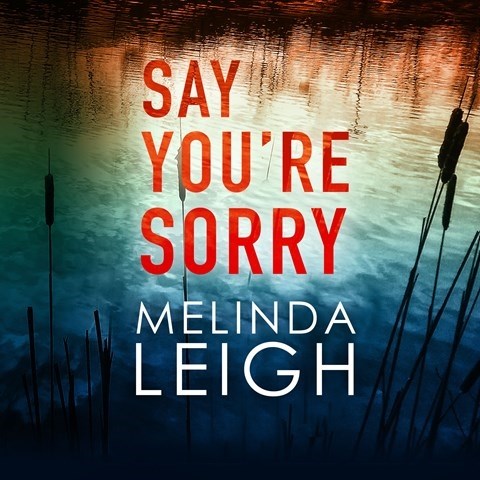 Behind the Mic: Say You're Sorry

Narrator Cris Dukehart takes us Behind the Mic to share with AudioFile readers how narrating for Melinda Leigh has changed her life. SAY YOU’RE SORRY is the first in a suspenseful series about former prosecutor Morgan Dane and her peaceful life in her hometown — well, almost peaceful, until her babysitter gets killed.

“To Melinda Leigh . . . . Just wanted you to know how narrating from your killer’s point of view is FREAKING ME THE HECK OUT!”—Narrator Cris Dukehart 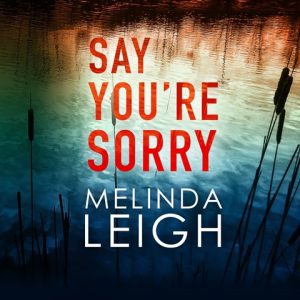 Search no further for a suspenseful audiobook. Cris Dukehart ‘s performance ranges from depicting fear to delivering shocking reveals, and she draws the listener in from the first chapter. You’ll have to decide if listening in the dark is a good thing, or not! The next in the Morgan Dane series, HER LAST GOODBYE, is also narrated by Cris.

And, if you decide scary listening IS your thing, browse 200+ audiobook horror titles from the AudioFile crypt, from Stephen King’s SLEEPING BEAUTIES to IN THE SHADOW OF FRANKENSTEIN.

Behind the Mic: The Destroyers
AudioFile Editors | 09.23.17
Listen in as narrator Graham Halstead goes Behind the Mic with AudioFile to fill us in on THE DESTROYERS, Christopher Bollen's thoroughly engrossing literary thriller set in the

Solve: Crossing Genre Lines
Jen Forbus | 09.18.17
I have been a fan of Marcus Sakey's work for many years now. His gripping suspense and Everyman characters always drew me in immediately and kept me glued to my audiobook with