Home » Articles » Behind the Mic: The Destroyers

Behind the Mic: The Destroyers

Listen in as narrator Graham Halstead goes Behind the Mic with AudioFile to fill us in on THE DESTROYERS, Christopher Bollen’s thoroughly engrossing literary thriller set in the Greek Isles. What’s your next move in this dangerous game?

“You have no idea what’s around the next turn . . . “—Narrator Graham Halstead 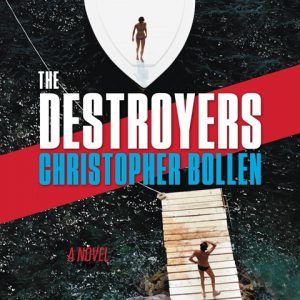 Graham Halstead embodies the voice of the main character, Ian Bledsoe, who is down and out in Greece after the death of his father. He is looking for help from his old friend, Charlie, who seems to have it all. The mystery and intrigue mounts when Charlie disappears and Ian discovers there is more to his old friend than he thought. Graham handles the expanding cast of international characters subtly and effectively, and his narration adds depth to this atmospheric and intense thriller. Listen to a sound clip and read AudioFile’s full review here. 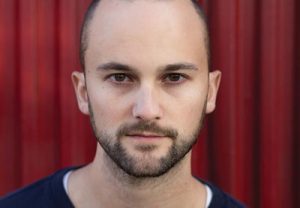 Read more about Graham and his dedicated research to the art of narration in our interview with him on our website.

Behind the Mic: The Reason You're Alive
AudioFile Editors | 09.02.17
AudioFile is Behind the Mic again with narrator R.C. Bray as he gives us some motivation to listen to  THE REASON YOU'RE ALIVE  by Matthew Quick. Think Jack Nicholson in "As Good

Self: Current Events, Critical Thinking, and You
Tom Walken | 08.20.17
The learning audios I heard this month are about a range of issues that people are thinking about today: the growing gap between the rich and the poor, the erosion of contract

Behind the Mic: The Great Passage
AudioFile Editors | 07.29.17
AudioFile Magazine goes Behind the Mic with Brian Nishii to hear more about his narration of THE GREAT PASSAGE  by Shion Miura. Brian gives a delightful entrée to listeners to