Home » Articles » Celebrating the Fourth of July for Mystery Audiophiles 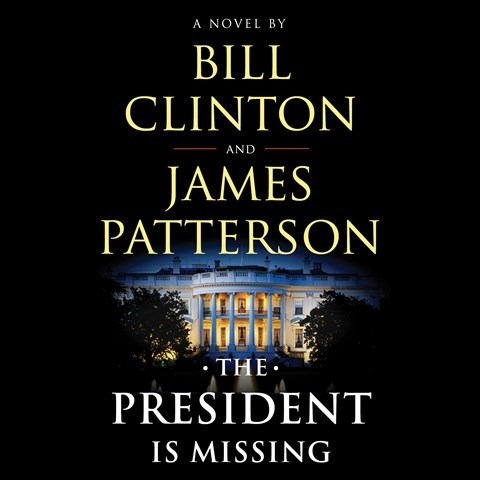 Celebrating the Fourth of July for Mystery Audiophiles 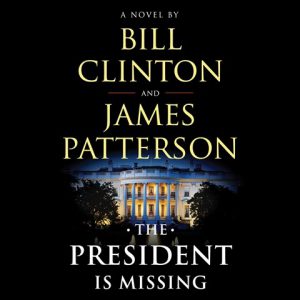 Happy Fourth of July—a holiday to celebrate the birthday of this amazing country, eat ice cream, ooh and ahh over fireworks, and for audiophiles, maybe even walk along the beach listening to a great thriller. And why not focus on thrillers involving the White House? With the recent publication of THE PRESIDENT IS MISSING by Bill Clinton and James Patterson, a lot of attention has been paid to the relationship between U.S. presidents and mysteries. This new book is performed by a troupe of narrators, including Dennis Quaid, who voices the President. Craig Fehrman in his New York Times essay, The Mystery Buffs in the White House, tells of how presidents from Abraham Lincoln to Woodrow Wilson, Franklin D. Roosevelt, and Bill Clinton enjoyed mysteries of many genres.

As a setting for a mystery or a political thriller, what better place could there be than the White House, and the goings on there with the first family and the hundreds of folks in and out of the president’s entourage?

David Baldacci launched his successful thriller writing career with a book about the president and has since written several different series radiating from the White House. His first published book (1996), ABSOLUTE POWER (made into a movie starring Clint Eastwood), was first recorded by George Guidall, and then more recently was re-recorded by Scott Brick with an introduction by the author. (Both narrators are Golden Voices.) The book explores the moral corruption and sense of invulnerability that can come with the power of the office. 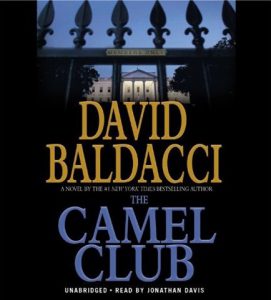 Baldacci continues to explore the intrigues of Washington from an outside in perspective with the first in a series, THE CAMEL CLUB, narrated in the unabridged version by Jonathan Davis. In the first in yet another series, SPLIT SECOND, narrated by Scott Brick, Baldacci introduces two secret service agents, Michelle Maxwell and Sean King, whose lives intersect as their failure to protect presidential candidates brings them together. Baldacci’s fast-paced thrillers can keep you entertained throughout the entire summer. 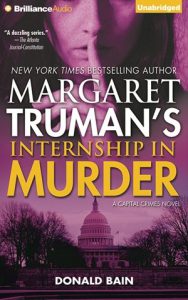 One can’t leave the theme of thrillers set in the center of Washington politics without mentioning the Capital Crimes series, established by Margaret Truman, a first daughter who actually lived in the White House. She revealed that she was inspired by her overnight adventure in the supposedly haunted Lincoln Bedroom to write her first mystery, MURDER IN THE WHITE HOUSE (1980). Margaret Truman passed away in 2008, but the series has continued. Donald Bain gets billing as the author in the more recent books in the series, including book 28, INTERNSHIP IN MURDER, narrated by another Golden Voice, Dick Hill.

So, plenty to keep your ears busy as you enjoy that ice cream cone and look up to see the fireworks. 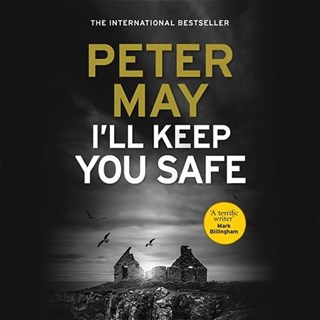 Like Music to My Ears
Ellen Quint | 05.21.18
There I was in the visitors’ gallery of the Old Bailey (London’s famed criminal courthouse made famous by Rumpole of the Bailey). The male and female barristers were indeed dressed 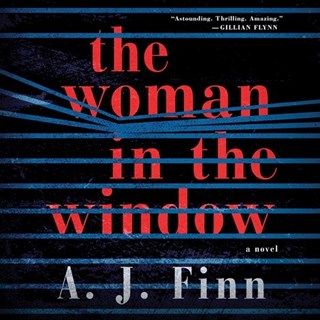 The Woman in the Window
AudioFile Editors | 03.17.18
Ann Marie Lee is the narrator behind the audiobook thriller THE WOMAN IN THE WINDOW, written by A.J. Finn. It's an intense story full of twists and surprises—listeners won't be