September has always been a time of new beginnings, such as the start of the school year. So sharpen your pencils and study up on these fresh fall mystery listens. 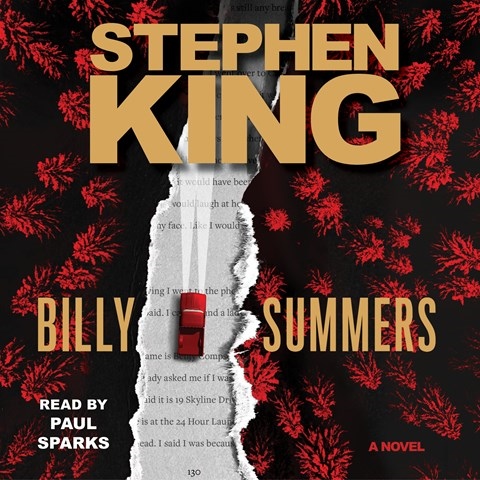 Everyone knows Stephen King. But the truth is, I generally steer away from horror, so I haven’t listened to many of his audiobooks. But his latest, BILLY SUMMERS, is not horror or fantasy; it’s a crime novel. So, I decided to take a chance on listening, and I am so glad I did. The audiobook is narrated by actor Paul Sparks, who earned an Earphones Award for his performance. The well written and impressively delivered audiobook is about a hitman with a conscience who is going to go for his “one last job.” Summers, disguised as an author who is being shepherded by his anxious agent to buckle down and finish his book, shares his painful and violent backstory. Listeners tuning into Billy Summers’s challenges as a writer are exposed to genuine insights about the art and craft of writing. Narrator Sparks is an actor who was recently seen as gangster Mickey Doyle in the HBO series Boardwalk Empire. This was good practice for his voicing several mobsters in this audiobook. Sparks also had to subtly change his voice for the multiple personalities that Billy Summers takes on. King’s superior and smart writing coupled with Sparks's masterful delivery makes for a truly worthwhile listening experience. For those like myself who are more interested in crime than horror, I highly recommend this audiobook. 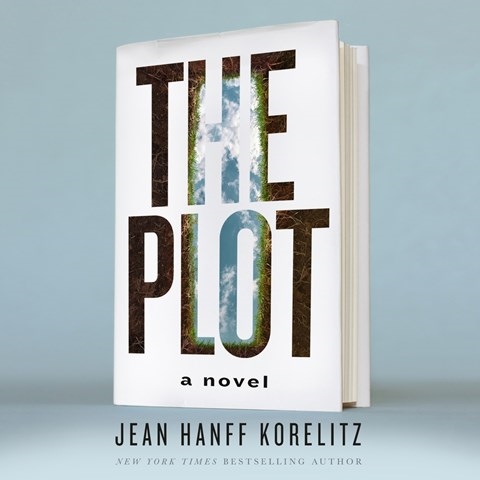 Another summer release that has a writer at its center is THE PLOT by Jean Hanff Korelitz, read by Kirby Heyborne. Interestingly, Stephen King is quoted as saying: “THE PLOT is one of the best novels I’ve ever read about writers and writing. It’s also insanely readable and terrifying. The suspense quotient is through the roof.” Wow, what an endorsement! Korelitz has written several bestselling books that have been turned into movies and streaming series, including YOU SHOULD HAVE KNOWN and ADMISSION. Heyborne has an impressive audiography covering a wide range of genres.

GONE MISSING IN HARLEM by Karla FC Holloway and narrated by Kalechi Ezie is a historical mystery set in 1930s Harlem. This is the second book in the series featuring Harlem’s first Black policeman, Weldon Thomas. With detailed descriptions, the writing and narration shepherd listeners from the flu pandemic through the Great Depression. The story parallels the intense media and law enforcement focus on the disappearance of the Lindbergh baby with the lack of attention given to the kidnapping of Chloe, a baby in Harlem. Actor Kalechi Ezie narrates with an easy-to-listen-to voice and pace which easily draws you into the story. A smart and engaging listen. 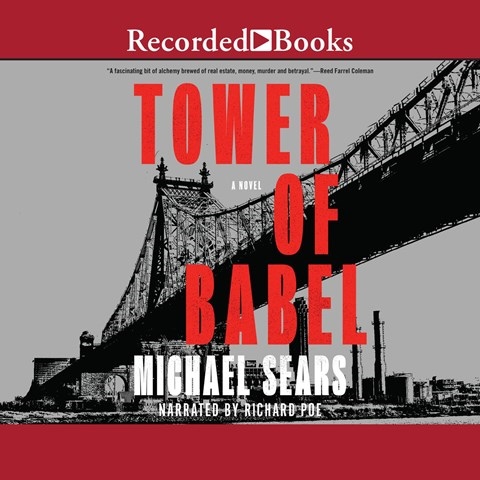 Finally, I come to another New York-based story, but this one is contemporary and takes place in Queens: TOWER OF BABEL by Michael Sears, read by Richard Poe. While Sears has written several bestsellers, this was my first introduction to his work. Poe is described as having a “resonant” voice, and I, too, find his narration commanding. For this audiobook, he masterfully manages a significant number of accents representing the diversity of Queens. The protagonist in the story, Ted Molloy, functions on the borderline of seediness in his business as a foreclosure profiteer. But he also has a conscience, making him an interesting character and embroiling him in a murder investigation.

Ming Tsu is a Chinese American assassin on a journey of redemption and revenge in this riff on the classic Western. Narrator Feodor Chin shares why Tom Lin's THE THOUSAND