I would recognize the voice of today’s Take 5 guest anywhere, because Cassandra Campbell has been my virtual companion many, many times over the years. Have you ever noticed how some narrators are tapped for all the audiobooks you love to listen to? Cassandra and I seem to have that kind of relationship.

I count on Cassandra’s calm, soothing voice to envelop the emotional heart of an audiobook, connecting me to the story no matter the intended audience or genre, including middle-grade fantasy (THE GLASS SENTENCE) and literary short stories (YOU KNOW WHEN THE MEN ARE GONE).

The audiobooks I feature here demonstrate the range of Cassandra’s solo work. I tried to limit my choices to books published this year, but I couldn’t resist sneaking in a couple of older titles. 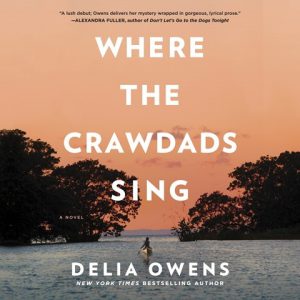 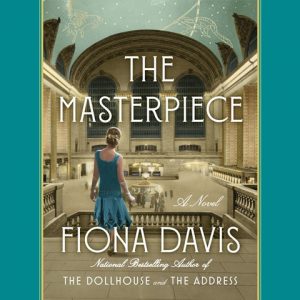 If you haven’t listened to Delia Owens’s WHERE THE CRAWDADS SING, then you must rectify the situation immediately. Set in the North Carolina marshland during the Vietnam War era, this audiobook is part coming-of-age story, part mystery, and part character study. Cassandra’s delivery and subtle accents add to the mood of the story, linking us to the young protagonist, whose struggle for survival and self-identity is both heartbreaking and tender.

Art, New York City, and a little romance all play a part in Fiona Davis’s newest novel, THE MASTERPIECE, which centers on an art school located in Grand Central Terminal. The story involves two women, one an artist in 1928 and the other a working mother in 1974. Cassandra’s consistent and solid characterizations keep listeners on track as they learn how these two very different women are tied to the ultimate fate of the iconic, beautiful building. 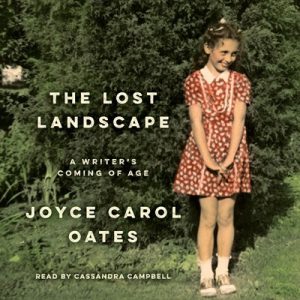 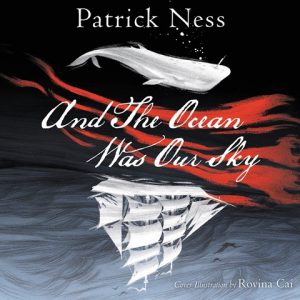 Cassandra ticks all my boxes when she performs memoir, drawing the listener in without commandeering the author’s emotional space. A great example of this is THE LOST LANDSCAPE, by Joyce Carol Oates. In this audiobook, Oates reflects on the people and events that shaped her development as an author, and Cassandra’s expressive delivery makes even lists of items sound like poetry.

In AND THE OCEAN WAS OUR SKY, Patrick Ness reverses the classic novel Moby-Dick. Here, a whale recounts the epic tale of how she and her pod sought the great white ship captained by the evil human named Toby Wick. Cassandra’s delivery highlights the conflict between the species as well as the personalities of the those involved in the hunt. The deeper themes of this story are relevant to contemporary life. 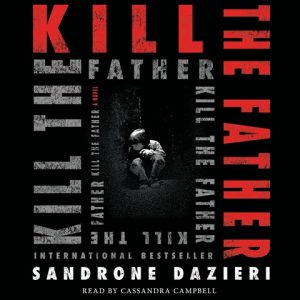 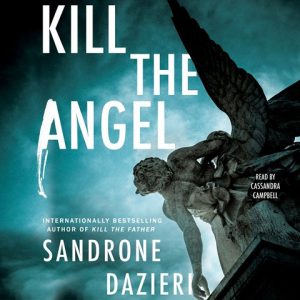 If you’re a mystery or thriller fan, be sure to add Sandrone Dazieri’s Caselli and Torre series to your listening queue. The audiobooks, starting with KILL THE FATHER, are set in Rome and combine elements of police procedural mysteries with the high tension of a good thriller. Cassandra’s Italian is lovely, and her tight pacing is perfect for these stories. You may find yourself listening just one minute more. The second book, KILL THE ANGEL, was recently released.

Have you finished adding titles to your audiobook wish list? I hope so, because it’s time to turn the Take 5 spotlight on Cassandra and get to know more about who she is as a person.

AudioFile Magazine: What genre will you always say yes to and why?

Cassandra Campbell: I will always do literary fiction. It is where I resided in terms of reading preferences long before I started narrating audiobooks. I adore language and complex thought. That said, good writing is good writing, and I’m increasingly drawn to nonfiction, because it keeps me discovering things I don’t know much about.

CC: My husband and I love to travel. So when we aren’t working, we’re scheming about how and where to go. We are currently planning a trip to Italy and Croatia. I also love to garden. Southern California is full of the most beautiful succulents. And the California native plants are also gorgeous. We have a huge yard, so I love to spend time out there, tinkering and puttering, when it’s not too hot!

AFM: What are some of the particular challenges of narrating nonfiction?

CC: I don’t really approach narrating nonfiction any differently from how I do fiction. Because in each case, the author is telling a story and they have a tone of voice, a point of view, and a way of telling. A particular language they employ to get their story across. I think that every story is, in some way, a mystery unfolding. The author takes us into a world either of their imagination or one that they have explored in a deep way and come back to report on. So I really try to hear the particular voice of the story. In nonfiction, the author is an expert in their subject area, and my job is to sound like I’m an expert, too. That means becoming familiar with material so that when I speak it, I can represent the author well. Sometimes, when I’m in the studio, I picture myself giving a TED talk, telling a room full of people about this very interesting topic I just have to share.

AFM:  What’s your most embarrassing moment in the recording booth?

CC: My most embarrassing story happened early in my career. I was raised without TV, so don’t have a cultural framework for many of the actors or what shows they were on. So I was working on a book that referenced Zsa Zsa Gabor. It was directed by a woman from South Korea, who also didn’t grow up watching American TV; thus neither of us knew how to pronounce her name. This was nearly 15 years ago, so the internet wasn’t was it is today, and we were recording on Saturday, so no one else was around the studio. We decided on a pronunciation, a best guess. Later, when I was talking to the producer of the project, it came out that I didn’t know anything about TV, and he laughed and said, “Okay, now it makes sense. Because when I saw this correction, I thought, who the heck is this woman who doesn’t know who Zsa Zsa is! I almost never gave you another job!” We still laugh about it!

AFM: What’s the first task you tackle when given a new audiobook project?

CC: I start with tone and character. Who’s telling the story, and what compels them to do so? I’m trying to hear the cadences of the language, see the world in which the story is set. I often will go online to look at pictures of a place if it’s somewhere I’ve never been (traveling again, in my mind!) so I can see it in my mind’s eye when I record the book. I’ll be spending some time in Romania in an upcoming project. I make notes on a piece of paper, highlight words I don’t know, mark accents or uncommon place names, but mostly, I try to hear the characters’ voices in my head. They are the teller, and I’m just following in their path.

Thanks so much, Cassandra, for taking time to answer my questions. I love your approach to nonfiction, and the TED talk idea makes so much sense. I too am laughing at the Zsa Zsa: To the unfamiliar, that name must have looked like gibberish!

For more audiobooks performed by the award-winning Cassandra Campbell, be sure to see her audiography at the AudioFile website. And be sure to watch Cassandra’s Behind the Mic video about her work on Melodie Winawer’s THE SCRIBE OF SIENA. 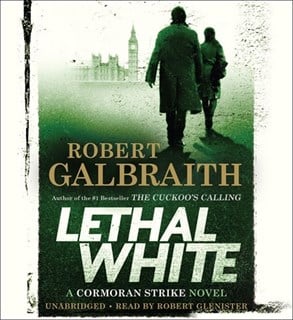 Bestsellers From Libro.fm Audiobooks
Robin Whitten | 10.26.18
How can audiobook listeners help nurture independent bookstores? The next time you visit your favorite indie bookstore, look to see if they are Libro.fm Audiobooks partners. You
Take 5 with Ron Butler
Candace Levy | 10.24.18

Today’s Take 5 guest is one smooth-talking man. No matter the genre, I find myself swimming in Ron Butler’s soft voice, leaning in to catch every nuance. I’ve 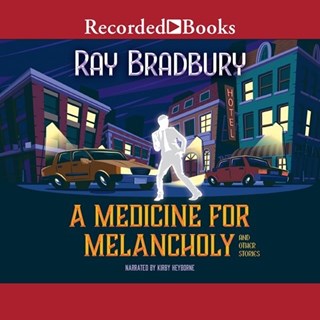