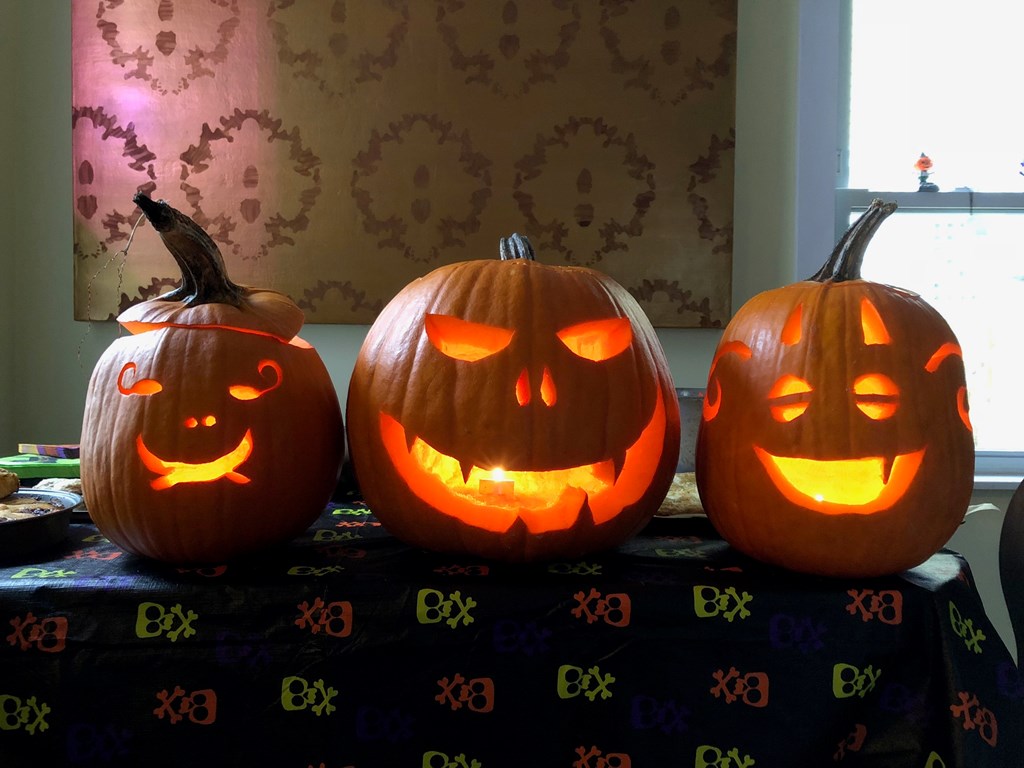 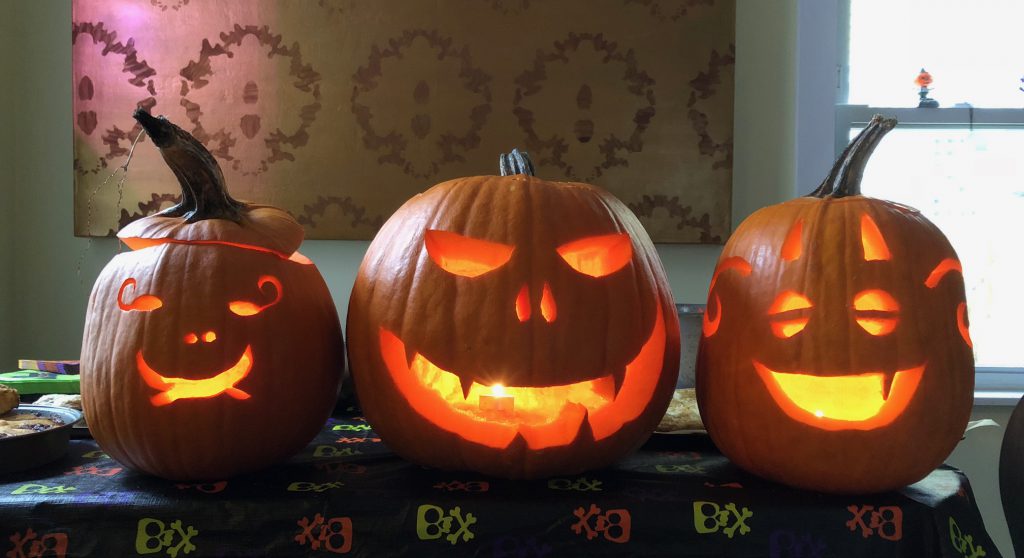 Happy Halloween! In honor of this holiday that’s all about candy and scaring each other with creepy stories, we’re sharing frightening audiobooks to get you in the Halloween mood. Listen as you get your house ready for the trick-or-treaters knocking on your door, or enjoy in your easy chair with a nice cup of hot cider after indulging in all of that candy yourself. 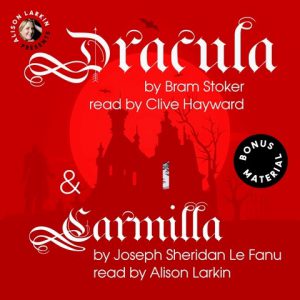 CARMILLA, the 1871 gothic novel that inspired Bram Stoker’s DRACULA, is a shiver-inducing delight, replete with castles, dense middle-European forests, an innocent maiden, and a seductive sharp-toothed woman. Yes, woman! Alison Larkin’s sprightly performance made the slightly old-fashioned writing come alive. Listening in the dark after midnight, though? Really dumb for someone who gets as scared as I do.
—Aurelia Scott, Contributing Editor 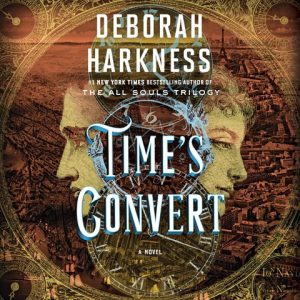 Halloween is the perfect time to dive into Deborah Harkness’s world of All Souls. Her stories of witches, vampires, and daemons started with A DISCOVERY OF WITCHES, which I devoured on audio when it came out. Harkness has created a rich cast of characters in a well-developed world that I happily jumped back into with her newest title, TIME’S CONVERT. The audiobook is focused on becoming a vampire and a member of a new family, telling the story of Phoebe’s transformation in present-day Paris, and her future husband Marcus’s transformation during the American Revolution. Marcus and Phoebe both struggle with constraints around loyalty to family and their ideas of liberty, equality, and freedom. If you’ve already enjoyed the first three books and are ready for more magic, dive in! And if you’re new to Harkness’s world, start with A DISCOVERY OF WITCHES and enjoy hours of fantastic listening. And listen in as Jo and I discuss our love of these audiobooks on AudioFile’s Behind the Mic podcast!
—Emily Connelly, Assistant Editor 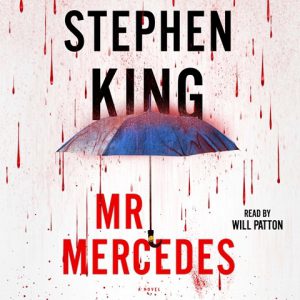 I always enjoy a tale I can be creeped out by in different versions. Will Patton certainly brought a number of memorable characters to life in this title from Master of Horror Stephen King. Though it’s been a few years since the audiobook came out, I remembered it well when I latched onto the TV version, which brings together several books in this series. Start with the source material and really get into the battle of the minds in this one as you prepare for All Hallow’s Eve scares. You won’t be disappointed.
—Michele Cobb, Publisher

THE BOOK OF DUST 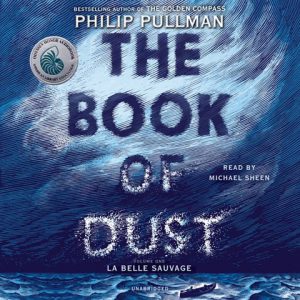 Philip Pullman’s THE BOOK OF DUST: La Belle Sauvage is the perfect listen for a dark and stormy night. Eleven-year-old Malcolm and baby Lyra undertake a perilous escape into the flooded English countryside in Malcolm’s boat, La Belle Sauvage. That’s frightening enough, but they’re also being chased—and narrator Michael Sheen’s eerie and terrifying laughter for the hyena daemon after them will send shivers up your spine. It all makes for gripping listening that you just can’t turn off.
—Jenn Dowell, Managing Editor 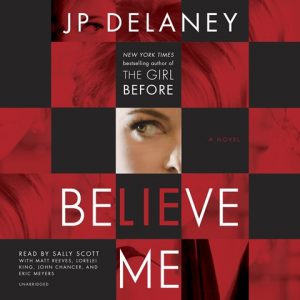 AudioFile’s reviewer might not have been fully convinced by BELIEVE ME, but I found it compelling. The combination of unreliable fictional narrators, reliably great performances by the readers, including Lorelei King, and a plot that slithers into python knots left me nail-biting. A young woman comes to New York to pursue her career as an actress and gets involved with a serial killer who is fond of Baudelaire—and she’s become fond of a recent widower . . . maybe someone here is the killer? The next victim? Perfect for the scary season.
—Francisca Goldsmith, Contributing Editor

THE GIRL IN THE SPIDER’S WEB 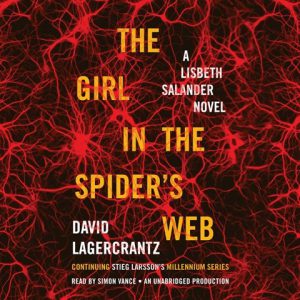 November in Stockholm: Mikael Blomkvist on the hunt for his next big story, genius hacker/avenger Lizbeth Salander rattling the cage of the NSA, a top computer scientist in mortal danger, and me relishing Simon Vance’s brilliant narration of THE GIRL IN THE SPIDER’S WEB. The film is coming out soon, but Simon delivers the full impact of the many fascinating characters and its complex plot. Scary? Of course. Where would the Millennium series be without its wounded souls, pervading misogyny, torture, murder, deep state secrets, industrial espionage, corruption, and personal and societal high stakes? Listen and shiver.
—Priscilla Grant, Contributing Editor 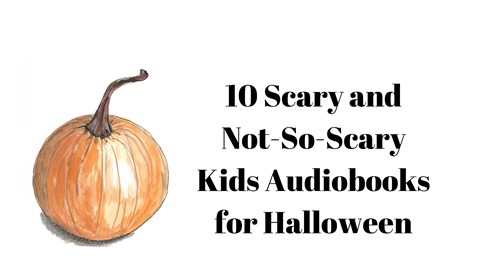 Some people love to be scared at Halloween. I was never one of them. While for my friends, October means breaking out frightening stories of ghosts and ghouls, I prefer my 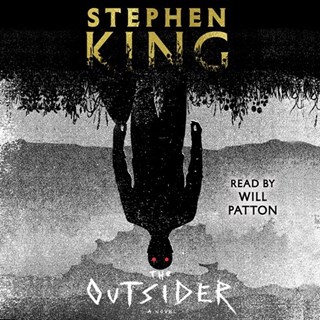 Getting into the Spirit of the Halloween Spirits
Ellen Quint | 10.22.18
Yes! Halloween, my favorite holiday. It’s autumn, and the leaves are showing off their inner beauty before the winter turns everything brown, white, and gray. There are the 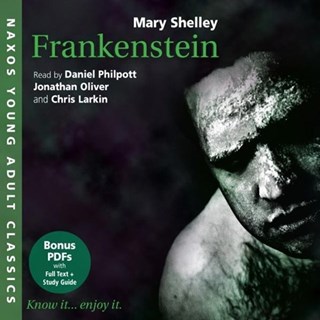 The Night a Classic Ghost Story Was Born
Robin Whitten | 10.19.18
FRANKENSTEIN was the result of a challenge among a group of friends to come up with a new ghost story. In 1816 on a holiday in Italy with friends, Percy Bysshe Shelley, his 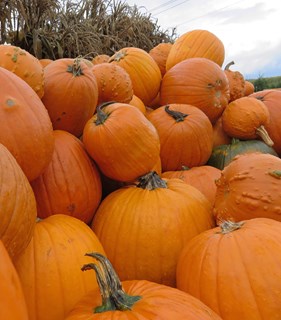 5 Audiobooks Starring Paranormal Beings
Candace Levy | 10.10.18
I know Halloween is a couple of weeks away, but I’m already excited about carving pumpkins and seeing the neighborhood kids in their ghoulish costumes. Like so many of you, I get