Home » Articles » In Our Time: Immigration and the American Imagination of Itself 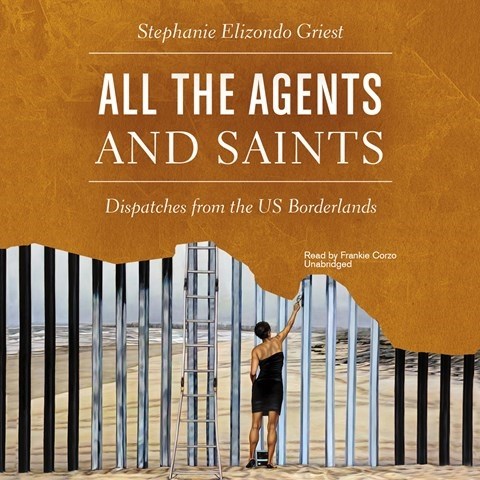 In Our Time: Immigration and the American Imagination of Itself 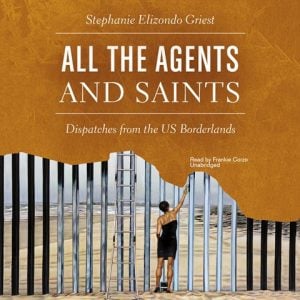 From time to time, we’ll be publishing blog posts about listening that can advance our understanding of current events. In this initial post in that vein, we’re talking about how the much-discussed topic of contemporary immigrants and immigration in the U.S. has been shaped by a history of national and popular beliefs about what it means to be an immigrant here and how immigration makes or breaks a culture some native-born Americans find comfortable.

Frankie Corzo reads Stephanie Elizondo Griest’s examination of cultural lives that straddle borders set by U.S. governments. As a Tejano, Griest discovers her own life has been impacted by the demarcation between Texas and Mexico that has cut between generations-long movements by family members. She also finds similarity in the experience of Mohawks whose home ranges were cut asunder by the border between Canada and the U.S. In Corzo’s performance of ALL THE AGENTS AND SAINTS: Dispatches from the U.S. Borderlands, listeners are given the opportunity to hear appropriately accented quotations from Griest’s informants and family members. 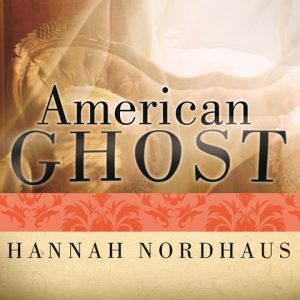 AMERICAN GHOST reaches back as well and offers listeners an Earphones Award-winning performance of frontier family life that finds infrequent popular recognition. Xe Sands narrates Hannah Nordhaus’s account of her German Jewish grandmother in 19th-century New Mexico. While the crafting of this narrative revolves around the tale of the grandmother’s Santa Fe home (now a resort) as potentially haunted, it also offers an opportunity to become acquainted with a Southwest reality and history as a Jewish European destination for well over a century.

In WATER TOSSING BOULDERS: How a Family of Chinese Immigrants Led the First Fight to Desegregate Schools in the Jim Crow South, by historian Adrienne Berard and read by Moe Egan, listeners can find one of many Southern events in which people of color who were not of African descent found themselves confronted by regulations that held whiteness in greatest esteem while also presuming no other category existed than black and previously enslaved. Struggling to make a living in a new land, with limited English, became an experience that might have suited a Kafka plot: Local laws simply refused to recognize these immigrants’ existence. 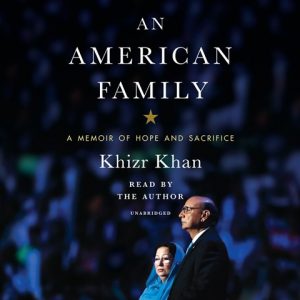 Bringing our audiobook shelf into our current time, attorney and citizen Khizr Khan reads AN AMERICAN FAMILY, his autobiographical reflection on why and how he brought his family from Pakistan to the U.S., where his son later gave his life while fighting in the American military, and the soon-to-be President belittled both his son’s sacrifice and the parents’ patriotism. Khan’s leadership as speaking up instead of folding as victim provides a model for those who want to assure their version of America includes respect for immigrant and native-born alike.