Home » Articles » Malcolm Gladwell on the Future of Audiobooks

Malcolm Gladwell on the Future of Audiobooks

AudioFile's Michele Cobb sat down with author Malcolm Gladwell to talk about audiobooks, podcasts, and where the two meet. Malcolm Gladwell is the host of the podcast Revisionist History and the author of several New York Times bestsellers including TALKING TO STRANGERS. His most recent audiobook is MIRACLE AND WONDER: Conversations with Paul Simon. Gladwell is the co-founder and president of Pushkin Industries, an audiobook and podcast production company. Listen to Michele and Malcolm Gladwell's conversation for insights into creating immersive audiobooks, his thoughts on where the podcast and audiobook worlds are heading, and more.

Read on for a partial transcript of their conversation.

Michele Cobb: You are an author who narrates your own books, and I'm curious what your experience in the booth has been like. Does it influence your writing to record your own titles? 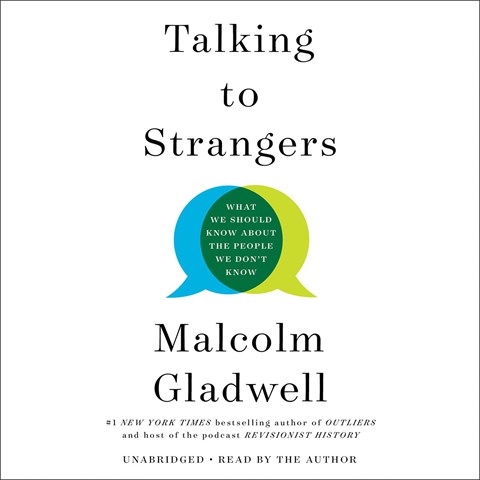 Malcolm Gladwell: Well, it does with the most recent ones I've done which were books written with the audiobook in mind. So, the entire time I was writing TALKING TO STRANGERS, I was thinking about what the audio experience was going to be like. I was going to use the tape from interviews, which archival tape I was going to use—because we do these, we like to call them 5-star audiobooks, that are immersive and enhanced. And then BOMBER MAFIA really began as a podcast and was turned into a book. When you go in the other direction, and you start with the audio in mind and then move toward the print, I think the writing really does change. I think your writing is necessarily more conversational. You spend a lot more time on character and emotion and those kinds of things. But you tend to do a little bit less of the things that print is good at—print is good for complicated, analytical kinds of stuff. Hard to do that when you're talking. So I think it does change the shape of books.

MC: Have you had any challenges when you were actually recording your own words you know, the desire to change them, or something that you've struggled with as you read?

MG: Well, at Pushkin, everything that we record, we do table reads beforehand, so I've already read it through sometimes more than once. Sometimes we do two rounds of table reads. So, we've rehearsed. And in each of those rehearsals, there's an incredible amount of rewriting that goes on between rehearsals. I think you learn more from reading something out loud than you do from reading a draft. This notion of how something strikes the ear. It's much easier to tell, for example, whether a certain thought or moment or scene has gone on for too long. That's hard to tell in print because you read so quickly, you maybe don't notice it. In audio, when you're doing a rehearsal and you have a section where you're talking about X, and you're like, “Oh my god, I could have done that in half the time.” So it tends to, in a really good way, I think, improve your concision as a writer.

MC: Now that's unusual to actually have a practice or a table read for an audiobook. Most narrators are going in having read the book with their eyes but not really practiced it aloud. What made you go in that direction to have those table reads?

MG: It's because it comes out of the podcast world, where the table reads are with something that is necessarily an early draft. I'm working on a book right now, and I did a live reading of the first three or four chapters a couple of months ago. Because I've learned that these live table reads are just so incredibly useful in helping you understand what you're doing. Useful, not just for the audiobook but also for the print book. For the book I'm working on now we, 40 people gathered in a theater and we did a kind of performance—we had somebody playing the cello, and we had drinks, and my producers sat on a little table and they played the tape, and I read the parts that needed to be read, and the guy playing the cello did little interstitial moments, and then we had a discussion and the people listening gave all kinds of suggestions. It was all very explicitly work in progress.

MC: That's really interesting. Your company, Pushkin, which you mentioned, focused on podcasts originally but has moved into what is more of a traditional audiobook, and it sounds like you're really using audio as part of the writing process. What encouraged you to move in the direction of adding audiobooks to what Pushkin was doing?

MG: Well, you know, the distinction between a podcast and an audiobook is slight. Once you're doing one, you could easily turn material that was in a podcast into a book. Most audiobooks, if it's just simply someone reading the printed word in a booth, it struck us that was a wasted opportunity. There's so much more—if you're going to do audio, why not produce it as elaborately as you produce a podcast, or a narrative podcast? So we just thought there was an incredible opportunity there for us to do something better.

MC: I'm curious, I work at the intersection of audiobooks and podcasts, and I'm really interested in what you would define as the difference between the two mediums.

MG: Well, you pay for one, you don't pay for the other. I think the differences are largely technical, and they matter to insiders. Do they matter to listeners? When I listened way back when to Serial, like everyone else, was the experience qualitatively different for me than if I was simply listening to an audiobook? I mean, aside from the fact that there were Mailchimp ads . . . No, it is exactly the same. I think it's useful to think of them as, they're on this exact same continuum. They are audio narrative experiences. I don't think it's terribly useful to think of them as separate. 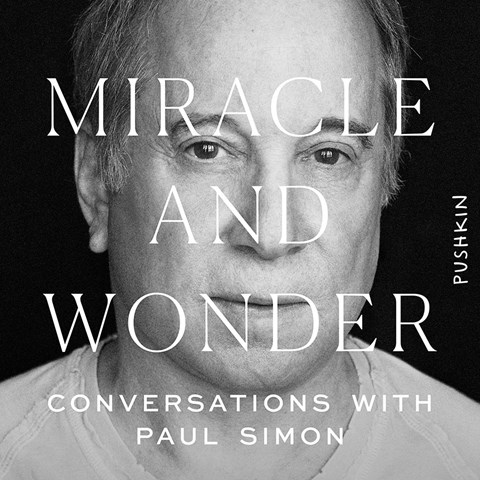 MC: How did you develop the Paul Simon piece into the audiobook experience? Were you originally thinking of it as more of an interview podcast or did it just leap directly into what you did, which was sold more as an audiobook than a podcast?

MG: No, we never thought of it as a podcast. We were always going to do an audiobook with that. What we didn't know is the form that the book would take. There was one way to do that, which was to sit down with him for 40 hours and pick out the 6 hours of interview that works the best and just run that conversation with Paul Simon. There's another way to do it, which is take the conversations and then, do effectively a kind of biography where I analyze and dissect and distill the best of the conversation and turn it into a narrative. What we ended up doing was something in the middle. There's chunks of us talking. But there's also bits of me doing a kind of essay on various aspects of his career combined with all of this archival material. So it was a hybrid in the end, and I think that was what we figured out was the right way to present our case.

Read reviews of Malcolm Gladwell's audiobooks on our website.

AudioFile Magazine has been celebrating our picks for the year's Best Audiobooks all month long here on our website and on our Behind the Mic podcast. We have interviews