Narrator Billie Fulford-Brown on THE MURDER OF MR. WICKHAM

You don't have to be a Jane Austen superfan to enjoy Claudia Gray's enchanting THE MURDER OF MR. WICKHAM (though being a fan certainly won't hurt!). Narrator Billie Fulford-Brown shares about the fun of narrating so many of Austen's characters from different books together in one place in this murder mystery.

"I just loved seeing how they interacted together, and what their relationships were, and to actually meet the characters a little way down the line after the end of the books that we love so much."—Narrator Billie Fulford-Brown 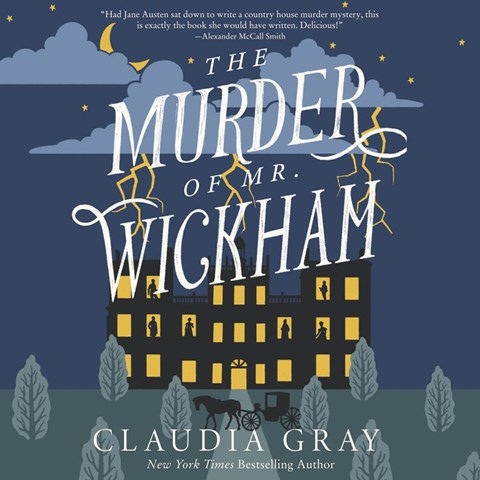 Narrator Billie Fulford-Brown's sparkling character portrayals and expressive tone create a theatrical experience of this Regency mystery. Favorite characters from beloved Jane Austen novels are featured. At Donwell Abbey, Emma Woodhouse-Knightley (EMMA) hosts a month-long gathering of her friends, including Elizabeth and Fitzwilliam Darcy (PRIDE AND PREJUDICE), Captain Frederick and Anne Wentworth (PERSUASION), and Fanny and Edmund Bertram (MANSFIELD PARK). Interrupting the festivities is the unexpected and unwelcome arrival of Mr. Wickham. When he is found dead, it becomes clear that nearly everyone had a motive for his murder.

Find more audiobooks narrated by Billie Fulford-Brown in her audiography.

Agatha Christie's THE MAN IN THE BROWN SUIT is a departure from some of her other well-known mysteries—it's more of a thriller and spy novel. Gabrielle de Cuir,

Jane Austen’s arch dialogue and sly wit were meant to be read aloud. Indeed, the author often “narrated” her own works to her family to hear their reaction to