"I was giving a literal voice to a character who cannot use her voice for most of the book."—Narrator Emily Woo Zeller 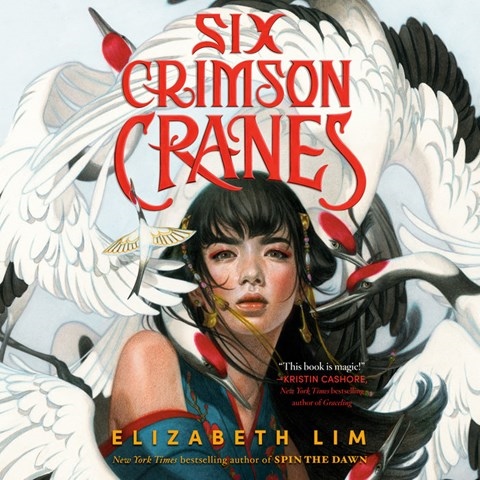 Zeller immerses listeners in this fairy-tale-inspired fantasy. Shiori, who is uninterested in her arranged engagement, learns to wield forbidden magic from a shape-shifting dragon. After stumbling upon her stepmother's secret, Shiori is exiled and cursed to remain mute—every word uttered means death to one of her six brothers, who have been transformed into cranes. Zeller's vocal versatility shines as she adjusts tone and cadence to capture a large cast of characters.

Find more of Emily Woo Zeller's audiobooks in her audiography.

Narrator Leon Nixon shares how he related to and connected with OUR TEAM, Luke Epplin's history of Larry Doby and his struggles to integrate baseball in the 1940s. Watch the

A child is kidnapped and raised in a Polish forest before World War II. As a young woman, she uses the survival skills she learns to help a group of Jewish refugees. In this