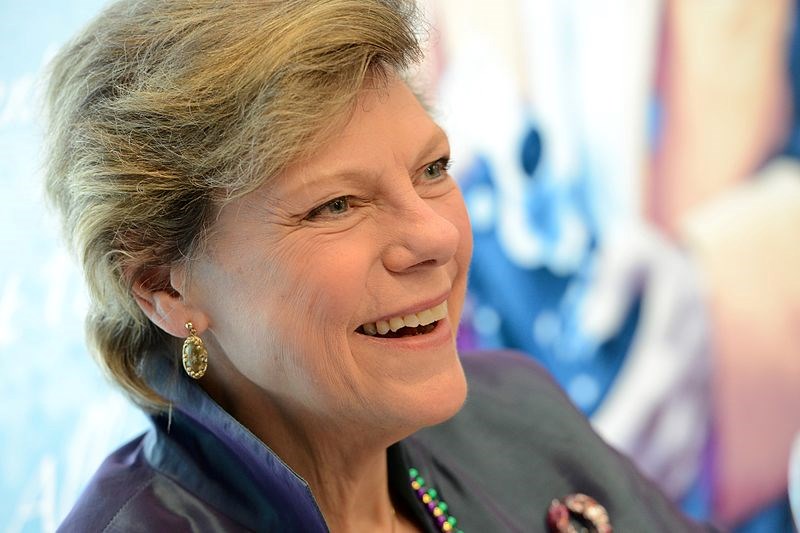 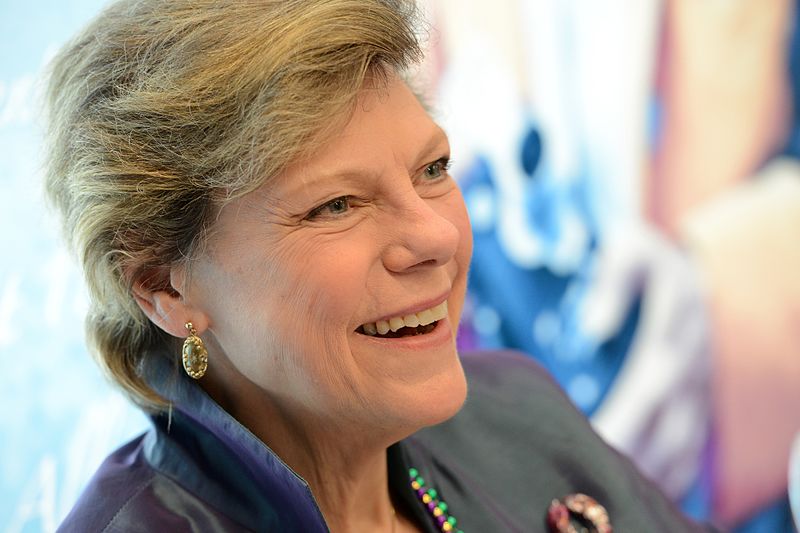 Pioneering reporter, commentator, and author Cokie Roberts was astute, witty, wise, and kind. When she died last month of breast cancer, a disease that is all too personal for many of us, it was as if we had lost a friend as well as a mentor. What we haven’t lost is her writing, which is deeply knowledgable and engaging. Nor, blessedly, have we lost the clear warm timbre of her voice, so familiar to generations of NPR listeners, because Cokie Roberts read her own audiobooks. 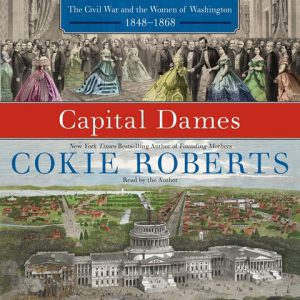 Let’s start with Roberts’s most recent, CAPITAL DAMES, for which she won an Earphones Award as well as the usual rave book reviews. As does most of her work, it examines a slice of history from the female point of view. We focus on Mary Todd Lincoln and the wives of significant leaders — Union and Confederate — during and after the Civil War. Weaving together letters and news reports, the result is moving, informative, and often very funny. Roberts reads vibrantly and with a broadcaster’s superb timing. 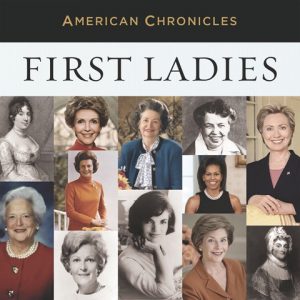 Cokie Roberts was the daughter of Hale and Lindy Boggs, both members of Congress for Louisiana, with her mother later serving as U.S. Ambassador to the Vatican; her sister was mayor of Princeton, N.J.; her brother, a lawyer and lobbyist. She learned to walk in the halls of congressional office buildings, yet she was the only member of her family not in politics. This gave Roberts perspective, familiarity, and humor about the workings of government. She was a church-going Catholic married for more than fifty years to Steve Roberts, a journalist of the Jewish faith. This gave her perspective, familiarity, and humor about what it takes to make relationships work. In addition, it was her family’s catechism that women have been instrumental to the creation of this nation, and that women have excelled at every kind of job, from governing people to leading them into battle, from running farms and factories to raising children. 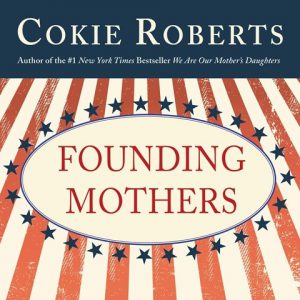 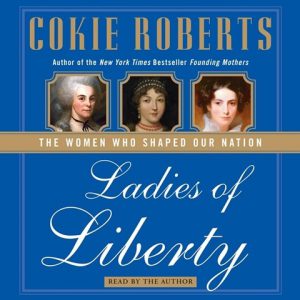 Two of Roberts’s audiobooks beautifully illustrate those lessons. FOUNDING MOTHERS is social history at its best. Introducing us to the famous, such as Abigail Adams and Martha Washington, and the less famous, such as Eliza Pickney, who developed indigo as a major cash crop in pre-revolutionary America, it blends mini-biographies and vignettes with pithy commentary that will make you laugh out loud. LADIES OF LIBERTY continues and broadens the story of the women who made this country, adding famous freethinkers, educators, and explorers. Again, it’s a satisfying mix of intimate stories gleaned from letters and diaries, newspaper accounts, and the author’s historical narrative. Roberts reads the result in a confiding manner that makes one wish the book could describe even more than the twelve-plus women. 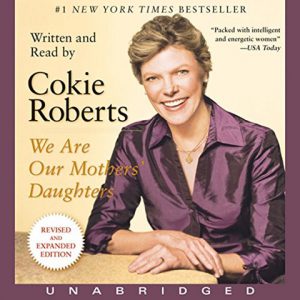 I’ll conclude this appreciation of Mary Martha Corinne Morrison Claiborne Boggs Roberts with the most intimate of her audiobooks available today. WE ARE OUR MOTHERS’ DAUGHTERS is a collection of personal essays about the pleasures and challenges of being a woman — daughter, wife, mother, grandmother, sister, and working professional. Originally published in 1999, it was revised and expanded in 2009 to excellent effect. Having just finished listening, let me say that I felt as if I’d settled down for a fruitful, funny, eye-opening conversation with a friend whom I deeply admire. I laughed a lot and said, Huh and Whoa! for seven hours and forty-three minutes. I also cried sometimes, such as when she said that she was determined to see a woman become president. Now we will just have to be determined in her stead. And say, thank you, Cokie. Thank you.

Photo of Cokie Roberts at the LBJ Presidential Library by Jay Godwin.