Narrator Rob Shapiro tells us about the strange parallels and connections to his own family's life that he discovered while narrating Ed Hajim's memoir, ON THE ROAD LESS TRAVELED. Perhaps that's why, as our reviewer notes, Shapiro inhabits the work so well as he perfectly paces the financier/philanthropist's rags-to-riches story. Watch the video to learn more.

"A lot of the book sounded like my grandfather's philosophy told through my dad's voice, so it was very familiar to me."—Narrator Rob Shapiro 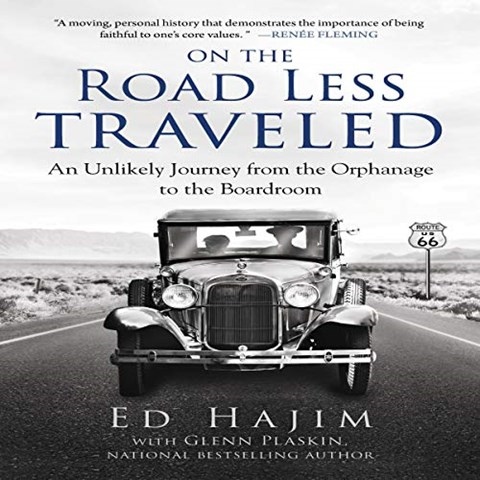 ON THE ROAD LESS TRAVELED

Listeners hear author Ed Hajim’s actual voice as he narrates the introduction to his memoir. Regardless, when narrator Rob Shapiro takes over for the body of the work, listeners will completely buy into his performance. Shapiro’s tone is always on target, especially when Hajim discusses his strained relationship with his father. During Hajim’s self-effacing, humorous references, one can hear the smile in Shapiro’s voice.

Find more of Rob Shapiro's audiobooks in his audiography.

Golden Voice narrator Barbara Rosenblat brings her inimitable vocal energy and joy to every project, and this full-cast production of SLEEPING BEAUTY is no exception. We're

Golden Voice Johnny Heller is equal parts tour guide, scientist, and observer as he narrates this comprehensive look at why Earth's inhabitants are so fascinated with Mars.