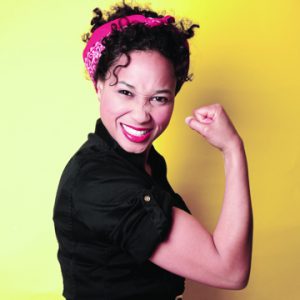 Women work to overcome cultural and internal barriers. Listeners will think about the abundance of career options for women today, the stubborn persistence of workplace insults and obstacles, and the empowerment women feel to break through and correct these barriers as they explore these audios. All written and performed by women, they focus on women’s continuing struggle to actualize their talents, balance their lives, and contribute in the public arena as respected, capable players.

THE BITCH IS BACK by Cathi Hanauer, read by Teri Schnaubelt, Harper Audio

EARNING IT: Hard-Won Lessons from Trailblazing Women at the Top of the Business World, by Joann S. Lublin, read by Kirsten Potter, Harper Audio

#GIRLBOSS: How to Write Your Own Rules While Turning Heads and Turning Profits, Sophia Amoruso, read by Sara Jes Austell, Penguin Audio / Books on Tape

HOW TO WIN AT FEMINISM: The Definitive Guide to Having It All–and Then Some!, by Beth Newell,Sarah Pappalardo, read by Anna Drezen, Nicole Silverberg, Harper Audio

LEAN IN: Woman, Work, and the Will to Lead by Sheryl Sandberg with Nell Scovell, read by Elisa Donovan, Random House Audio/ Books on Tape

YOU ARE A BADASS: How to Stop Doubting Your Greatness and Live an Awesome Life, Jen Sincero, read by Jen Sincero, Tantor Media

A few of the writers are accomplished female executives, like television producer Nina Tassler (WHAT I TOLD MY DAUGHTER), screenwriter Shonda Rhimes (YEAR OF YES), and Facebook’s Sheryl Sandberg (LEAN IN). Some are by younger authors whose snappy writing and counter-culture tone make their messages sound revolutionary, energizing, impossible to ignore. Combining such messages with the distinctive power of the human voice creates audiobooks that go beyond intellectual stimulation; they’ll help a lot of women take notice, take names, and take on anyone who gets in their way.

What makes the audio productions of these books so arresting is that the stories they tell are not only personal but also delivered by voices that sound engaged and empowered by what they are sharing. These voices make the audiobooks sound as authentic as they are enlightening. 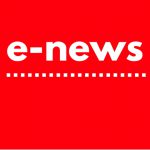 Want more of our editors’ picks?
Sign up for our FREE e-newsletter!

Self: Frientimacy
AudioFile Editors | 11.13.16
Women's friendships are the key to everything. Shasta Nelson's advice begins with a description of intimacy that will resonate with everyone. Narrator Robin Eller makes us believe

Self: Simplify September
Tom Walken | 09.18.16
If clutter is the common cold of American life, here are some audiobook ideas for a cure. MESS: One Man’s Struggle to Clean Up His House and His Act Barry Yourgrau, read by Peter