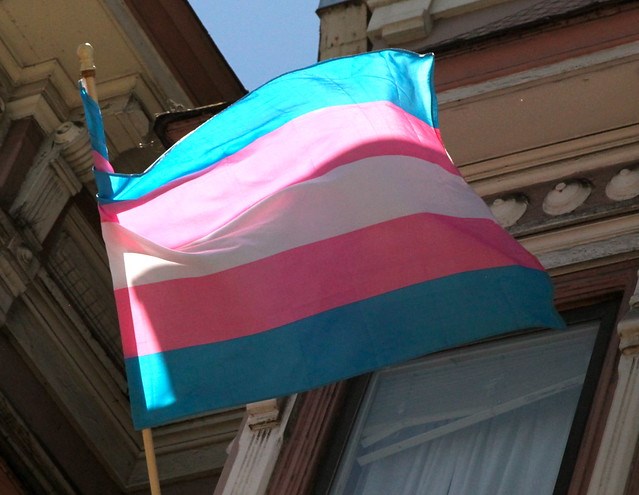 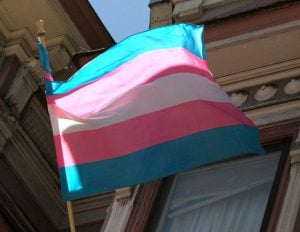 At lunch one day when he was four years old, my nephew asked when he would turn into a girl. After a microsecond of silence, his father replied that unless he thought that he should be a girl, he would stay a boy. “Oh,” said my nephew, clearly surprised. “But I thought everyone becomes a girl for awhile, even if you start as a boy. Are you sure?”  His father was sure. My nephew considered for moment, then through a bite of his grilled cheese sandwich, announced, “Oh well then, if it doesn’t just happen, I guess I’ll stay a boy.”

I love that a little boy could believe that the natural order of life was that everyone spends time as a girl. And I cherish his freedom to ask the question; to talk about variation and difference. What a fine thing it is to be able to be our true selves. How life-affirming to be able to embrace our sexuality, and the gender identities for ourselves that we know are right. Today’s Audio Adventures celebrate that opportunity. 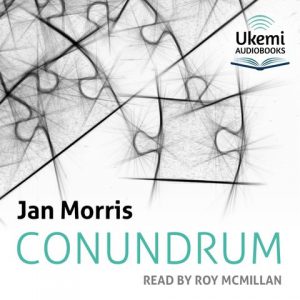 Before Jan Morris transitioned and became known as the celebrated British travel writer and essayist that she is today, she was a soldier, historian, and adventurer who climbed Everest. As she describes in her famous memoir, CONUNDRUM, “man’s man” or not, she’d known since the age of three that she was born into the wrong body. So in 1973, with wife Elizabeth’s blessing (they had five children together), Morris went abroad for surgery and returned as her true self into the arms of the same remarkable family. Her memoir is a finely written wonderment, full of clear facts and poetic description, which Roy McMillan enhances with excellent pacing and a skill with accents. 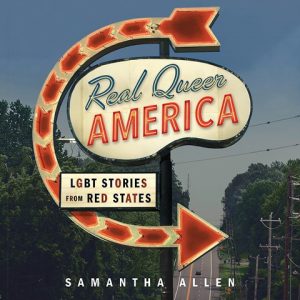 Journalist Samantha Allen’s warm voice and serious tone are just right for her engaging and informative book, REAL QUEER AMERICA, which takes us on the road with her to meet lesbian, gay, bisexual, trans, and other queer-identified people who live openly in conservative “red” states. Allen, a trans woman who was formerly a Mormon missionary and knows whereof she speaks, makes a sympathetic and probing tour guide to a changing America—one in which, despite many challenges, LGTBQ+ people are increasingly accepted and welcomed by their straight and cisgendered neighbors. 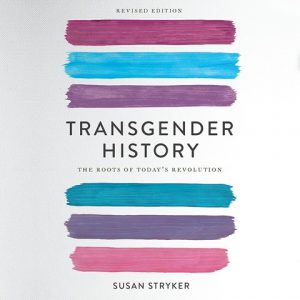 So for folks like my neighbor, who wonders where trans people came from, as “there weren’t any” when he was growing up—heck, for any interested person—the second edition of Susan Stryker’s TRANSGENDER HISTORY is a terrific listen. Read by Emily Caldwell with an exemplary tempo and audible interest, Stryker’s work examines American transgender history since WWII. This is a science primer, language lesson, and history audiobook that educated me in an accessible and friendly way. 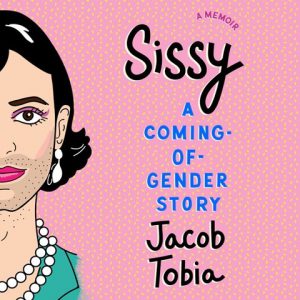 LGBTQ+ activist Jacob Tobia has a standout skill as the narrator of their memoir, SISSY, which examines their life from childhood through college. Pushed into traditional male pursuits as a child, Tobia came out as a gay man in high school, but it wasn’t until college that they understood and embraced their nonbinary gender identity. Understandably, the book is serious, yet it’s also full of witty observations and laugh-out-loud humor. Combined with Tobia’s engaging delivery, it makes for a delightful listen. 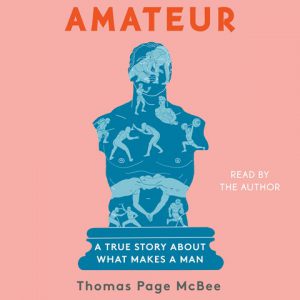 I also delighted in AMATEUR by author and columnist Thomas Page McBee. McBee, who wrote about transitioning to male in his award-winning book, MAN ALIVE, wrote this memoir about training for a charity boxing match. It’s not that he’d always wanted to box, but after almost duking it out with an aggressive jerk on the street one day, McBee wondered, “What really makes a man?” McBee’s light, growly voice is pleasant and his pacing excellent. I found myself gripping my chair as I rooted for this nice guy to survive throwing punches and being punched. 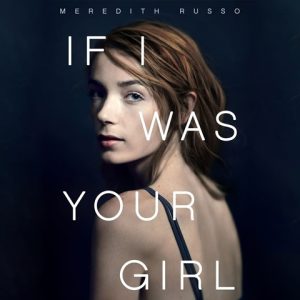 Let’s finish with fiction. Samia Mounts’s gentle southern accent and talent for performing conversations add to the many pleasures of Meredith Russo’s award-winning young adult novel, IF I WAS YOUR GIRL. (I don’t know about you, but I appreciate the way young adult fiction highlights character and gets the action moving right away.) In this book, we meet Amanda, a trans teenage girl who survived bullying and a suicide attempt. Now she’s starting a new life post-surgery in a small Tennessee town with her father. When she falls in love with a terrific guy, she yearns to share her whole truth—but will she lose him if she does? No, I won’t tell you how it works out. You’ll just have to listen. 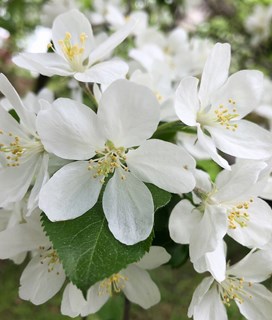 5 Audiobooks to Perk Up Your Spring
Candace Levy | 05.08.19
I don’t know about your part of the world, but here in central Pennsylvania we’re finally enjoying some lovely spring weather, which is made all the nicer as the fruit trees come 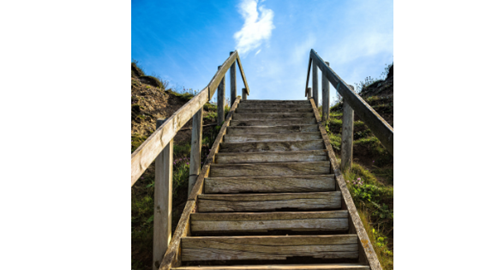 Audiobooks that Celebrate Age and Aging
Aurelia C. Scott | 05.02.19
Now that I'm no longer young, I climb every flight of stairs I can find, memorize whichever numeral strings present themselves, and recite the alphabet backwards for fun. I don't 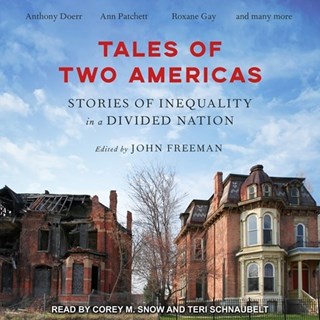