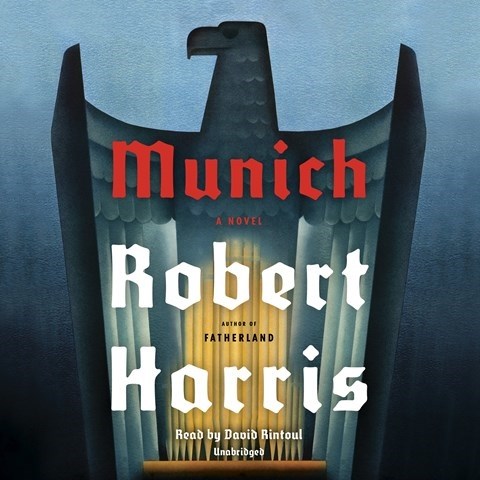 A lot of us here at AudioFile happen to be mystery fans, so for our inaugural staff picks post, of course we had to share the thrillers that have been keeping us glued to our earbuds. We’ll be sharing more staff picks in a variety of genres in the coming months. But please do tell us—which mystery audiobooks are keeping you up listening late into the night? 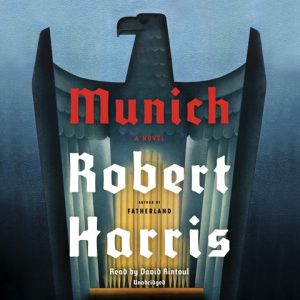 This weekend I treated myself to listening to David Rintoul narrate MUNICH by Robert Harris. David has been one of my favorite British narrators over many years, though we have not heard as many of his performances in the U.S. in recent years. David simply immerses you in the story. He becomes every character like a shapeshifter—as a listener, you hardly know he’s there; it’s just the story, alive. The history surrounding the 1938 Munich Agreement is fascinating and makes an interesting companion to the recent film The Darkest Hour.
— Robin Whitten, Founder & Editor

A CONSPIRACY OF FAITH 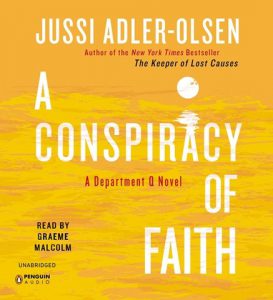 I lost loads of sleep last week listening late into the night to Graeme Malcolm’s performance of Jussi Adler-Olsen’s A CONSPIRACY OF FAITH, the 3rd in his Department Q detective series set in Denmark. It’s an addictive tale of serial kidnapping and religious trauma, combined with Adler-Olsen’s signature quirky humor. It may not be everyone’s choice for midnight listening, but what can I say, Malcolm has a remarkable bedside voice.
—Aurelia C. Scott, Contributing Editor 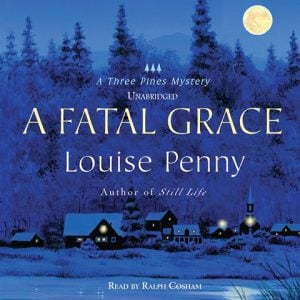 I’m about to spend 5 hours driving to Montreal, and I’m actually looking forward to the ride. Why? Because it means my husband and I can listen to hours and hours of A FATAL GRACE, Louise Penny’s second in her Inspector Gamache series. Yes, we’re way behind, but we’re hooked. What better way to spend the drive through wintery New England and Quebec than with Gamache and the people of Three Pines as company?
—Emily Connelly, Assistant Editor

THE BOY IN THE SUITCASE 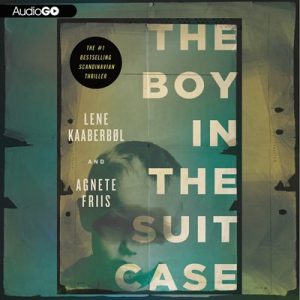 Always one for dark mysteries, I felt it was time to revisit THE BOY IN THE SUITCASE by Lene Kaaberbøl and Agnete Friis. Narrated by the indomitable Katherine Kellgren, this tale grabbed me from the first sentence and dragged me on an international journey that surprised and frightened me, but left me unable to stop listening. Nurse Nina Borg (the medical aspect only heightens the intrigue for me) gets taken on an unbelievable ride, and the listener goes along with her.
—Michele Cobb, Publisher 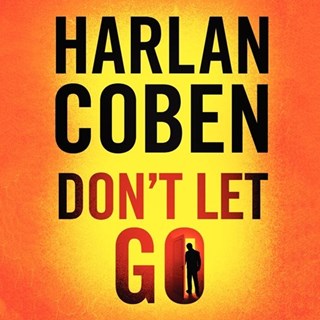 Solve: Audie Award Nominees for Mysteries and Thrillers
AudioFile Editors | 02.19.18
As fans of mystery audiobooks, we're looking forward to this year's Audie Awards and are excited to share the nominees for the Mystery and Thriller/Suspense categories. If you 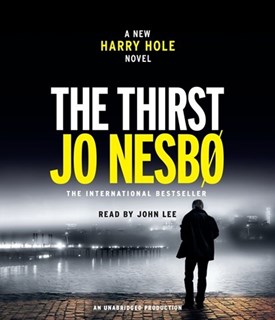 Solve: Curmudgeons in Crime
Jen Forbus | 09.25.17
As kids, no one ever wants a curmudgeonly neighbor who's regularly chastising them to "stay off my lawn." That messes up all the games of kick-the-can and hide-and-seek. And what