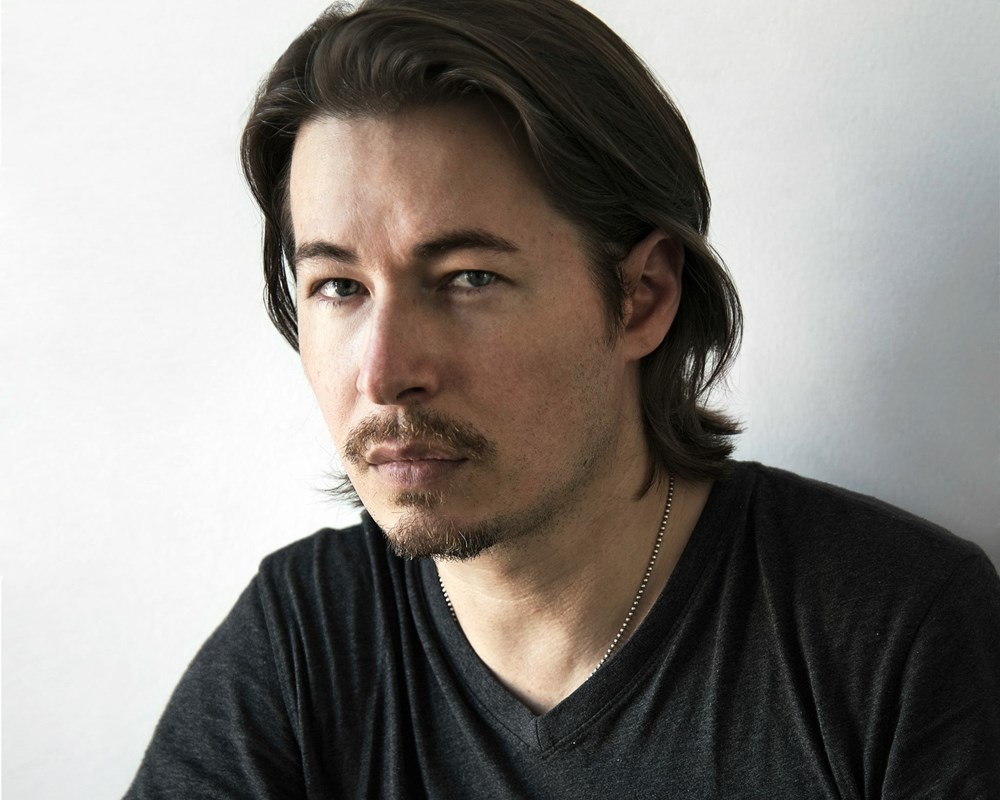 Today I turn the spotlight on Edoardo Ballerini, one of my go-to narrators. When I see Edoardo’s name on an audiobook cover, I have two immediate expectations, which are always met: solid characterizations and a silky, smooth narrative voice. I’m always impressed by his wide range of accents and vocal qualities and love how he enlivens the characters’ personalities and hones in on their emotional journeys. In between the dialogue, I find myself getting lost in his soft, almost melodic delivery. 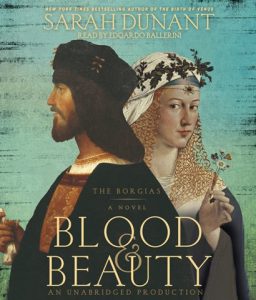 Did you know Edoardo speaks Italian? That makes him a natural for audiobooks that either take place in Italy or feature characters who have Italian ancestry. When I listened to his performance of Sarah Dunant’s BLOOD & BEAUTY—historical fiction about the Borgia family—I could barely turn my player off. Edoardo’s accent transported me to Renaissance Italy, and his perfect touch of drama created both tension and empathy.

THE HOUSE AT THE EDGE OF NIGHT, by Catherine Banner, also takes place in Italy, this time on a fictional isolated island in the twentieth century. Edoardo’s challenge for this character-driven family saga was to create consistent and believable voices for an array of individuals, such as a kindly doctor, gossipy islanders, a wounded soldier, and an indignant wife. In this short Behind the Mic video, Edoardo talks about how the story resonated with him. 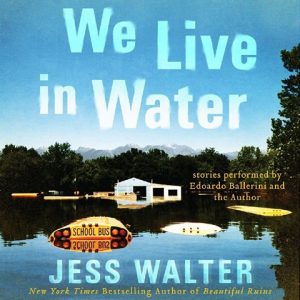 Of course, Edoardo’s skills reach well beyond a good Italian accent. For WE LIVE IN WATER, a collection of short stories by Jess Walter set in the Pacific Northwest, Edoardo emphasizes the emotional fragility of the male protagonists as they cope with poverty, broken relationships, or life as civilian war veterans. Edoardo’s sympathetic performance helped me root for characters who were very different from me.

Robert McCammon’s SPEAKS THE NIGHTBIRD shows American colonial life in all its brutal glory. Edoardo’s perfect portrayals—a fire-and-brimstone preacher, a woman accused of witchcraft, a young magistrate’s clerk—earned him an Earphones Award and a spot on the Audies shortlist. This is a story of secrets and fear and a small community trying to set down roots in a strange new world. 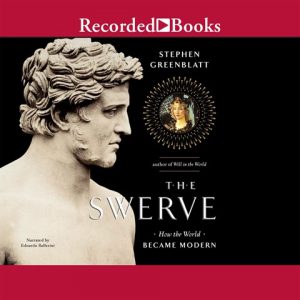 The combination of Edoardo’s brilliant narration and Stephen Greenblatt’s Pulitzer Prize–winning prose is an audiobook lover’s dream. THE SWERVE: HOW THE WORLD BECAME MODERN tells the true story of a medieval book hunter and the unearthing of an ancient Roman manuscript that spurred the Renaissance, modern science, and the acceptance of a secular worldview. Edoardo slows his pace a little so we can absorb both Greenblatt’s passion and the historical significance of the manuscript and how it has resonated through the centuries.

Now that you’ve gotten a taste for some of Edoardo Ballerini’s work (and my admiration for his ability to bring characters alive), I want to introduce you to the man himself. I know might come as a shock, but Edoardo has a life beyond the microphone and cameras! His answers to some of my questions made me laugh.

Edoardo Ballerini: I have been arrested in three countries.

EB: It’s mostly pros. I do several series and love coming back to familiar faces and places. If there’s a particular challenge, it’s having to keep track of roughly 8,967,432 characters over the course of several years. (I’m looking at you, Robert McCammon!)

EB: I had a book once in which the villain had an accent, but the listener wasn’t meant to connect those dots until later. It would have been unfaithful to the character to forgo the accent but also unfaithful to the spirit of the book to reveal the identity too soon. In the end, we compromised and gave it a light touch in the early scenes and poured it on thicker at the appropriate moment, which I think worked.

EB: I refrain from raising my voice. My children benefit greatly from this approach to vocal conservation.

AF: What do you always have with you in the recording booth?

EB: I always have a pillow to cover my stomach. It looks a little silly but it helps with the little noises. One day in the booth, a woman from the marketing department came by to take a photo of me. I forgot I had this big pillow sitting in my lap and oddly enough she didn’t say anything. I hope she cropped the photo!

Thanks so much for taking the time to visit with us, Edoardo. I keep laughing about you holding the pillow during the photo shoot. And you know that if we ever meet in person, I’m going to have to ask you about those arrests.

To explore more audiobooks performed by Edoardo Ballerini, check out his audiography page.