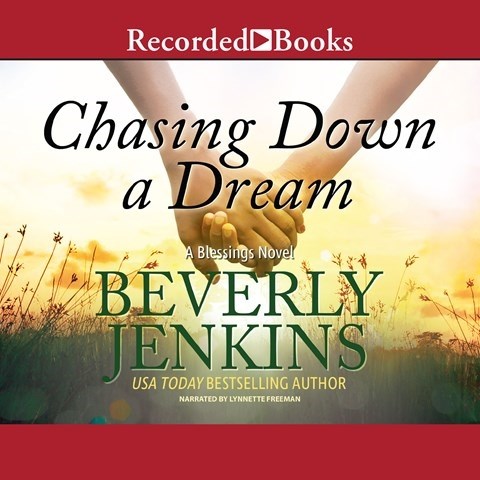 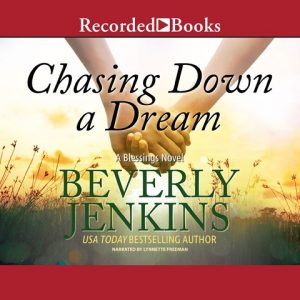 Audiofile Magazine is proud to present its 2017 Best Romance Audiobook list. These fifteen audiobooks represent a snapshot of this year’s best listening. Many reviewers helped make this list possible — thanks to all of them for being wonderful listeners. Since it’s impossible to choose a favorite from among these stellar titles, I thought I would prepare a little quiz for you as an introduction to the titles (see the end of the post for the answers!). And don’t forget to Love Your Listening!

1. Twelve of the titles are part of a series. Which 3 titles are standalone audios?

4. How many of Kresley Cole’s Immortals After Dark audiobooks has Robert Petkoff narrated?

5. Which of the titles is most likely to twist your heart in knots?

6. JANE OF AUSTIN seems to be a play on Jane Austen. It’s a modern adaptation of which Austen novel?

7. Our suspense narrators are John Lane, Renee Raudman, and MacLeod Andrews. Match them up with their other works from the following authors: Marina Adair, Lauren Rowe, Nora Roberts (warning, this is a trick question!).

BEAUTY LIKE THE NIGHT
by Joanna Bourne, read by Kirsten Potter
Tantor Media

BETWEEN THE DEVIL AND THE DUKE
by Kelly Bowen, read by Ashford McNab
Hachette Audio

IF NOT FOR YOU
by Debbie Macomber, read by Khristine Hvam
Random House Audio/Books On Tape
AudioFile Earphones Award

Check your score — if you had 2 or more correct answers, you are a romance audiobook junkie. Congratulations, and feel free to join our support group for people who listen too much!

1. STRAWBERRY HEARTS DINER,  JANE OF AUSTIN, and COME SUNDOWN. It’s all about family with these audiobooks, and narrators Brittany Pressley, Kate Handford, and Elisabeth Rodgers manage the challenges of compromise and commitment—not to mention a dead body.

2. BEAUTY LIKE THE NIGHT is set three years after Waterloo, so King George III was still on the throne, but his brother was Prince Regent. Narrator Kirsten Potter does the British and French accents to perfection. BETWEEN THE DEVIL AND THE DUKE is 1820s England, so presumably King George IV is king, although it could possibly still be George III. Narrator Ashford McNab is so good with the aristocracy. Dripping disdain! FAIR, BRIGHT, AND TERRIBLE is set during the Welsh invasions in the late 13th century, so the warlike Edward I was king. Narrator Nicholas Boulton manages Welsh and arcane language with warm passion. 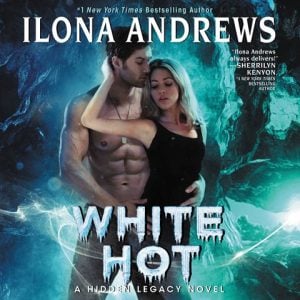 3. WHITE HOT is set in a magic Houston where families with magical talents run the city by their own rules. THE CHOSEN is set in Caldwell, New York, where paramilitary-trained vampires fight for survival. Narrator Renee Raudman plays up the humor and the peril, making WHITE HOT a strong fantasy romance. Narrator Jim Frangione rocks the dark brooding hero persona that author JR Ward creates. Both audiobooks are part of series that are worth a further listen.

5. That’s a tough one! OFF BASE and REAL DIRTY both deal with the emotional struggle of deciding to be in a relationship. In both cases, characters have learned by painful experience to protect themselves, and they definitely think twice about taking any further risks. Narrators Tyler Stevens, Elena Wolfe, and Sebastian York do an excellent job playing up that risk/reward negotiation. CHASING DOWN A DREAM and IF NOT FOR YOU, on the other hand, deal with the hardship of accidents and the fortuitous arrival of people who can help and heal you. Narrators Lynnette Freeman and Khristine Hvam strike the balance between pain and joy. Great listens across the board! 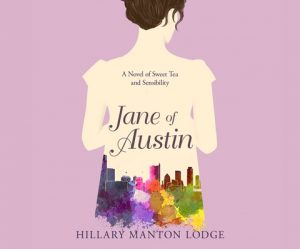 6. SENSE AND SENSIBILITY. Most of the book takes place in Austin, Texas, after sisters face a financial setback and get involved with questionable guys. Narrator Kate Handford nods to the familiar story while giving it a fresh, modern feel.

7. Renee Raudman has narrated many Marina Adair novels. John Lane, similarly with Lauren Rowe. However, Nora Roberts has been narrated by both Renee Raudman and Macleod Andrews! 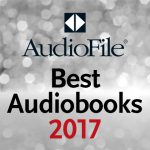