Home » Articles » Tease: Hot Listens That Pick Up The Pace

Tease: Hot Listens That Pick Up The Pace 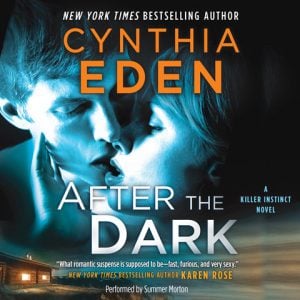 If you feel that the world seems to be spinning faster than ever these days, you’re not alone. AudioFile romance reviewers have selected a few fast-paced titles—newly released—that will keep listeners on their toes.

AFTER THE DARK, a romantic suspense title, is an unrelenting look at the mind of a serial killer. Narrator Summer Morton manages—somehow—to lighten this dark and gritty series with the romance between FBI profiler Samantha Dark and her old partner, Blake. This audiobook is a great crossover for mystery listeners.

Jim Frangione narrates SHADOW REAPER, the second in Christine Feehan’s out-of-the-ordinary paranormal series. Shadow Rider Ricco Ferraro uses Japanese Shibari art to help him assuage his guilt over past mistakes until he meets the woman who shares his dark secrets. Intense is a good word for this performance. 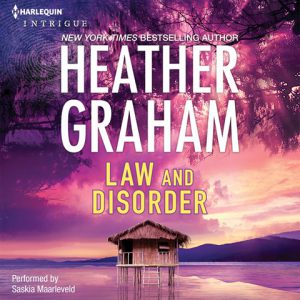 Heather Graham makes sure to give her readers characters they can root for. In LAW AND DISORDER, narrator Saskia Maarleveld fulfills that promise. Listeners will be caught up in the tension as Kody, kidnapped by treasure-seekers, places her trust in federal agent Nick Connolly. This is a first in a new series.

After a few darker listens, let’s lighten the mood with Stephanie Laurens’s THE LADY BY HIS SIDE, read by Matthew Brenher.  His proper British characterizations introduce us to Lord Sebastian Cynster and Lady Antonia, who team up to work on a government mission in nineteenth-century England. While there is plenty of peril and scheming, Brenher projects a civilized, controlled society where the happily-ever-after is a foregone conclusion.

Find more new romance reviews to love on our website!

Tease: Behind the Mic with Renée Raudman
Caitlin Augusta | 08.29.17
Hot off bestseller lists and fan raves, Ilona Andrews's Hidden Legacy series is a *must listen* experience, and WILDFIRE is the latest addition to this fiery series. AudioFile goes

Tease: Romance is Negotiation
Caitlin Augusta | 08.15.17
Author Kathleen Woodiwiss (1939-2007) owns the signature honor of creating the historical romance in its 20th-century form. Her alpha heroes dominated every situation and often