Author Kathleen Woodiwiss (1939-2007) owns the signature honor of creating the historical romance in its 20th-century form. Her alpha heroes dominated every situation and often gave her vivacious, intelligent heroines no end of trouble. Her novels were known for their length—happy doorstoppers every one—and her sweeping prose that delved as deeply into setting as they did into characterization. Her first novel was THE FLAME AND THE FLOWER, but I would equally draw your attention to ASHES IN THE WIND, a worthy read-alike to GONE WITH THE WIND, and A ROSE IN WINTER, a Beauty and the Beast-motif historical. Always in Woodiwiss’s writing was an insurmountable difference of opinion between the hero and heroine. He married her sister first, he evicted her father, he invaded her country . . . I could go on.

The genius of Woodiwiss—and of this group of audiobooks—is the delicate negotiation from adamant disagreement to common ground and lasting affection. Romance truly is a negotiation. All you have to do is decide which title to try first. 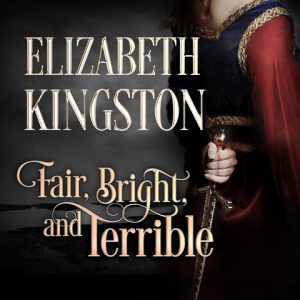 Narrator Nicholas Boulton’s imposing presence lends authority to the scheming heroine of this historical novel. Facing the utter collapse of Wales, which has fallen to the English, Eluned accepts an arranged marriage in order to avenge her late husband’s death by killing the man most responsible for it. But she soon discovers that her fiancé is an old flame. Boulton commands this medieval romance doused in political warfare. 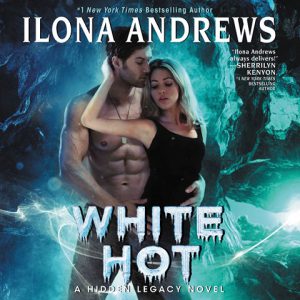 Nevada Baylor, a private investigator in a magical Houston, teams up with the dangerously magical Connor “Mad” Rogan to put a stop to the evil being perpetrated by a murderous cabal. Narrator Renee Raudman enchants listeners with this unforgettable duo. It’s hard to tear oneself away from the addictive mayhem—so don your do-not-disturb earphones. 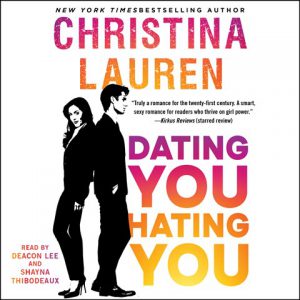 The first standalone novel by Christina Lauren is narrated by Shayna Thibodeaux and Deacon Lee, and is an utter delight. When two major LA talent agencies merge, Evie Abbey and Carter Aaron are suddenly competing for the same job—which is a problem, as they just started (sort of) dating. Can they set their feelings aside in favor of their careers? Thibodeaux and Lee are extraordinarily well matched in this appealing audiobook. Both of their deliveries highlight the humor in the story as well as the genuine likability of the characters.

Tease: 7 Romance Audiobooks Good for a Laugh
Caitlin Augusta | 08.01.17
Mixing romance and humor can be a tricky balance — and finding a narrator to dish out zany dialogue or ironic quips with droll aplomb is not as easy as it sounds. Often when I'm