Home » Articles » The Future of Humanity: What is our destiny beyond earth?

The Future of Humanity: What is our destiny beyond earth?

Narrator Feodor Chin takes AudioFile listeners Behind the Mic to learn about THE FUTURE OF HUMANITY — and much like Feodor, we don’t remember much of high school physics, but are glad to hear that Michio Kaku’s audiobook is accessible for all levels of interested listeners. 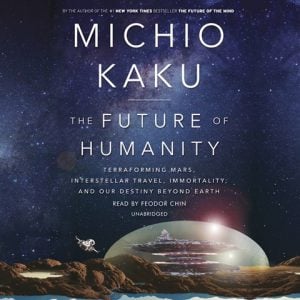 THE FUTURE OF HUMANITY
by Michio Kaku, read by Feodor Chin
Random House Audio/Books on Tape

What a subtitle! “Terraforming Mars, Interstellar Travel, Immortality, and Our Destiny Beyond Earth.” Now we are really curious.  Feodor’s narration is anchored in a journalistic tone that matches the author’s pop-science style—part scientific, part anecdotal, and part speculation. If that doesn’t intrigue you, consider this comment from Dr. Kaku: “The Martian movie cost $100 million. It costs $70 million for the Indian government to go to Mars. It cost more money for Hollywood to make a film about going to Mars than actually going to Mars.”  Listen up, Earthlings. 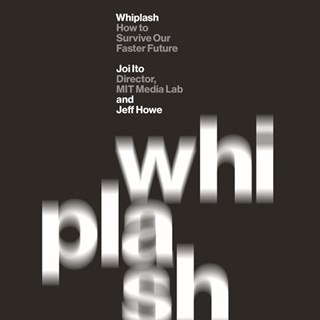 Behind the Mic: Whiplash
AudioFile Editors | 02.17.18
Listen in as narrator James Anderson Foster shares what he loves about Joi Ito and Jeff Howe's WHIPLASH: How to Survive Our Faster Future in this Behind the Mic video. James's 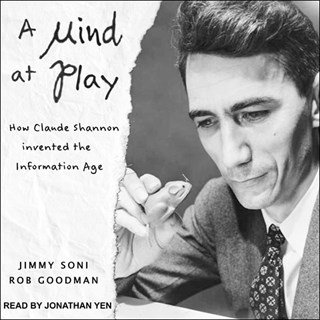 Behind the Mic: A Mind At Play
AudioFile Editors | 11.04.17
Jonathan Yen takes AudioFile readers Behind the Mic to hear more on his narration of A MIND AT PLAY, a new biography of the father of the Information Age, Claude