I must admit that I’m not particularly drawn to the traditional Western classics canon. There are certainly a few classics I love, but finally getting around to WAR AND PEACE is not on my reading bucket list. But if there’s one thing I love, it’s retelling, and I am grateful to the classics for the retellings they’ve inspired. I don’t think I’m the only reader who feels this way, either. Retellings are especially meaningful when they’re about the kinds of characters who were so often written out of the originals. Whenever I come across books that imagine queer lives for canonically straight characters, I rejoice. As a queer reader, it hasn’t always been easy to find myself in older stories. And while we’re living in a Golden Age of contemporary queer lit, there’s still something so satisfying and comforting about queer retellings of the classics. After all, LGBTQIA+ people have always been here—even though it’s taken a while to get our stories into the spotlight. This month, I want to share some recent queer retellings that have drawn me into classic stories in new and exciting ways. 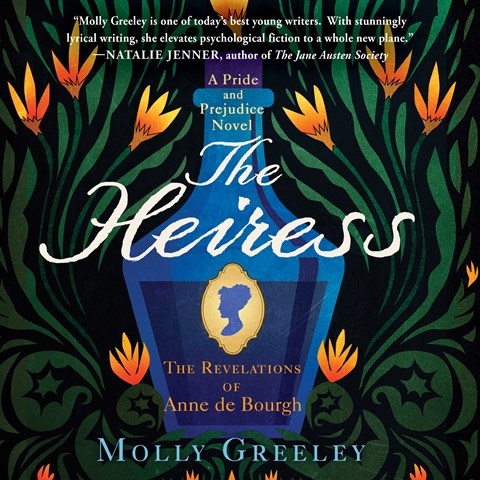 There’s something particularly compelling about listening to retellings on audio. Ell Potter’s narration of THE HEIRESS by Molly Greeley is transporting. It’s not exactly a retelling; it’s more of a PRIDE AND PREJUDICE spin-off. The novel focuses on Anne de Bourgh, Darcy’s original intended fiancée, and a minor character in PRIDE AND PREJUDICE. Anne narrates the novel in the first person, and Potter’s ability to capture all the nuances of her inner life make it feel like Anne is speaking directly to you. As a sickly baby, Anne was prescribed laudanum. Now, as a young woman, she’s developed an opium addiction without knowing it. Her mother insists she continue taking the medicine for her health, and it’s not until her father dies suddenly that she has the courage to leave the family estate. In London, she shakes off her addiction and falls in love with a feisty young woman named Eliza. Ell Potter’s beautiful narration reflects how drastic the change in Anne’s life is. In the first section, her narration is dreamy and languid. When Anne finally comes out of her opium-induced haze, Potter’s narration blooms with life, reflecting the excitement and clarity that Anne finds with her independence. It’s a luxuriously meandering novel—both a detailed period peace and a slow-burn lesbian romance. Near the end of the book, Anne looks back on her life, and it’s incredible to listen to how much Potter has changed her voice, transforming it from that of a confused teenager to an assured old woman. 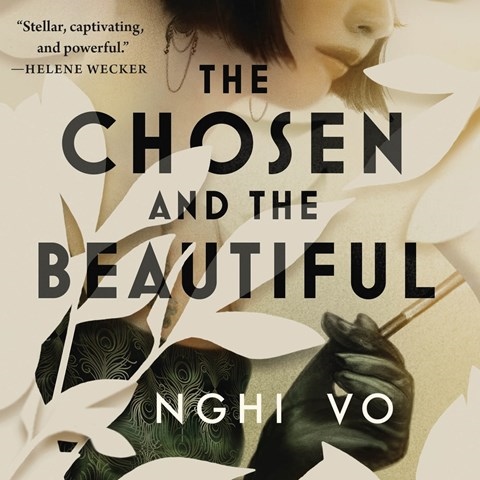 Natalie Naudus, who infuses her voice with magic, longing, alienation, and pride, is the perfect narrator for another recent novel that delightfully queers an American classic. Nghi Vo’s THE CHOSEN AND THE BEAUTIFUL is a magical retelling of THE GREAT GATSBY. Vo sticks relatively close to the original plot, but she reinvents the characters, turning a mostly straight cast into a mostly queer cast. The narrator is Jordan Baker, a relatively minor character in the original. In Vo’s book, Jordan is a bisexual Vietnamese adoptee. She grew up among the elite of Louisville society, but despite her position and wealth, her white peers rarely see her as a whole person. Her sense of being an outsider is compounded by her ability to magically manipulate paper, a rare skill in a world that both craves and reviles magic. Jordan is a complicated character, but Naudus is up to the challenge. Her voice shifts depending on the situation. Sometimes it’s direct and bold, as when Jordan is asserting herself in society. Sometimes it’s softer and more wistful, as when Jordan is alone with her thoughts. Naudus is also brilliant with all the character voices, especially Nick and Gatsby (also both queer in this retelling). But it's the quiet care with which she narrates Jordan’s thoughts and feelings that makes this audiobook shine. Vo captures the glittering excess of the 1920s that’s so present in the original novel, but she also explores a hidden queer world that’s just as vibrant. Both worlds come alive in Naudus’s narration. 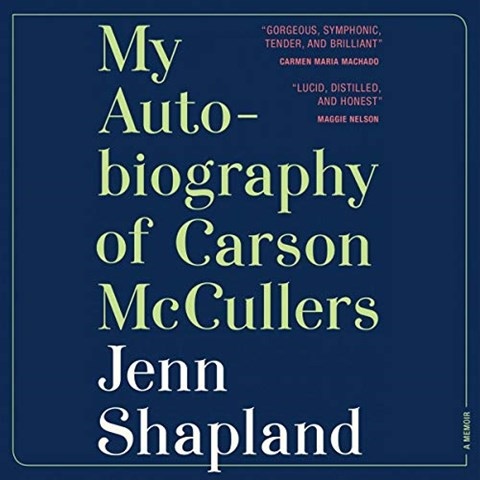 Who says all retellings have to be fictional? MY AUTOBIOGRAPHY OF CARSON MCCULLERS, written and beautifully read by Jenn Shapland, is a kind of nonfiction retelling, a reclaiming of untold and unseen histories. While working as an archival intern, Shapland comes across a series of love letters between Carson McCullers and a woman named Annemarie. Intrigued, and seeing her own queerness reflected in the letters, she sets out to learn everything she can about McCullers. What follows is an intimate exploration of both McCullers’s life and Shapland’s own. There’s so much richness in Shapland’s narration. You can hear, in her voice, how much McCullers means to her. You can hear her untangling the threads, wrestling with history, seeking out answers. Shapland wants to know why queer women are so often rendered invisible by history, and what that means for her, a queer woman living in the present. By insisting on McCullers’s queerness, Shapland makes space for the stories of other queer women throughout history. The audio adds another layer of depth—in a book about the ways queer women have been silenced, it’s moving to hear Shapland read her words aloud. Her voice isn’t always perfectly smooth; the emotion present in her narration drives home the fact that this isn’t a traditional academic biography. It might not be a true retelling, but it embodies the spirit of what the best queer retellings do: They remind us that queer stories are as old as storytelling itself.

This month, I’m excited to highlight three recent audiobooks that explore relationships between children and adults that are not as simple as biological parent +