Home » Articles » The Thrill of Knowing Stuff (in Five Audiobooks) 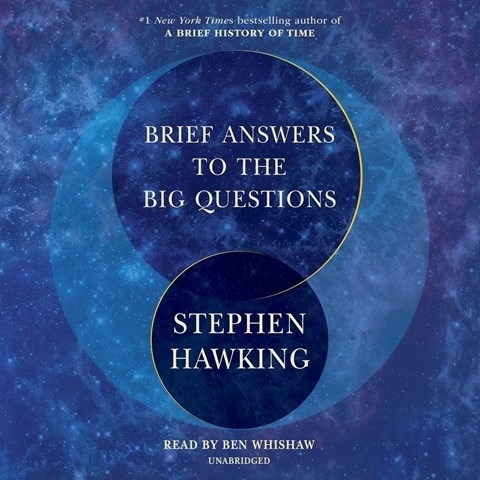 The Thrill of Knowing Stuff (in Five Audiobooks) 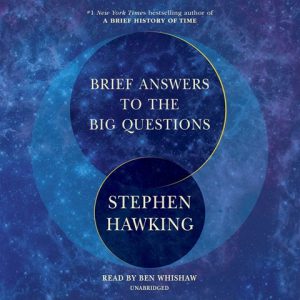 This time of year, I want to be inspired and enlightened about things that matter while also being entertained. I seek hope about the future, even if that hope is tethered to a “what must happen to save the world” to-do list. Yes, watching the Great British Baking Show and listening again to Henning Mankell’s AN EVENT IN AUTUMN (read by the marvelous Simon Vance) have been satisfying diversions. But now I’m looking for empowerment, energy, and the happiness that comes from knowing stuff.

You too? Well, here are five audiobooks to get us started, beginning with Stephen Hawking’s BRIEF ANSWERS TO THE BIG QUESTIONS. Hawking’s “parting gift to humanity,” according to NPR, this short audiobook offers an eloquent and moving consideration of all that science has given us and the challenges left to face. Ben Whishaw’s gentle clear voice stands in eloquently for Hawking, making the science easy to understand and the human lessons significant. This will be one to play more than once and treasure forever. 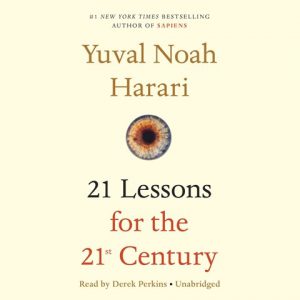 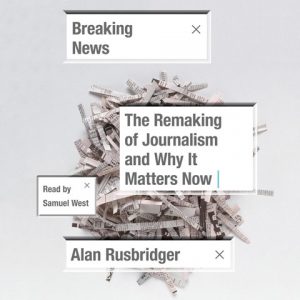 Yuval Noah Harari’s 21 LESSONS FOR THE 21ST CENTURY promises to enlighten us about everything from fake news to the future relevance of nations to the role of humans in a world powered by computers. (Should I be worried about how attached I’ve become to my smart speaker and smart thermostat?) Englishman Derek Perkins, who also narrated Harari’s SAPIENS and HOMO DEUS, performs with an erudite, welcoming tone that’s just right for the Israeli historian’s thought-provoking and energizing book.

The Berkshire Eagle of Pittsfield, Massachusetts, was my hometown newspaper. Our best family friends, Ruth and Milton Bass, who both wrote for the paper, were the epitome of hard-working, honest, caring — and humorous —  journalists. I still count journalists who write for local newspapers among my best friends. So, I’m looking forward to BREAKING NEWS by Alan Rusbridger, former editor of Britain’s The Guardian. An expose-examination of how the business of telling people’s stories and ferreting out the truth has been upended by algorithms and political agendas, Rusbridger starts with the question, “how do you know if something is true or not?” Samuel West narrates in a honey-crisp voice that I’d listen to for hours. 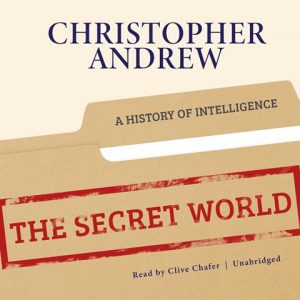 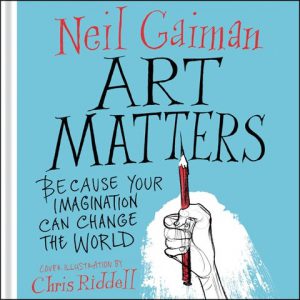 From ferreting out the truth to stealing secrets. Christopher Andrews’s THE SECRET WORLD: A History of Intelligence takes a deep and fascinating dive into spying over the last 3,000 years. Yup, from Moses onward. It’s a vital topic in today’s world, which makes it important listening. Plus, for a person addicted to espionage and mystery books (surely, I’m not the only one?), it’s just plain fun. Clive Chafer narrates, and he’s, well, great. Here’s a thought — you might consider following this with Chafer’s narrations of Colin Cotterill’s Dr. Siri Paiboun mysteries set in Laos.

I finish with ART MATTERS, written and beautifully read by the inimitable, irrepressible Neil Gaiman. Just 49 minutes long, it’s a compilation of four inspiring pieces — “Credo,” a manifesto on free expression; “Make Good Art,” a commencement address at the Philadelphia University of the Arts; “Making a Chair,” a poem about creation; and “On Libraries,” which so celebrates the wonder of libraries that it makes my heart sing. I plan to listen to this gem whenever I need a nudge, which is often. One takeaway of many, “The world always seems brighter when you’ve just made something that wasn’t there before.”

Here’s to staying creative, engaged, and hopeful in 2019. What other inspiring and enlightening titles do you recommend? We’d love to hear. 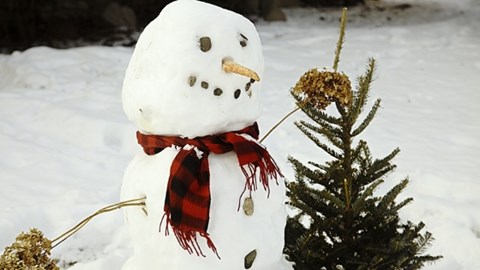 5 Surprising Audiobooks to Make You Smile
Aurelia C. Scott | 12.27.18
As we count down the remaining days of December, I wish all of you a new year filled with unexpected moments of delight—the smile of a passing stranger; a tune that sends you 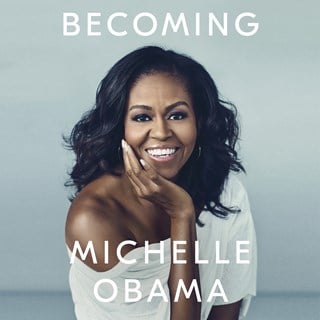 The 5 Best Memoirs of 2018
Aurelia C. Scott | 11.29.18
In my next life, I will be mathematically gifted, a natural athlete, pale with copper hair or mocha with corkscrew curls, able to carry a tune and tell a joke without ruining the 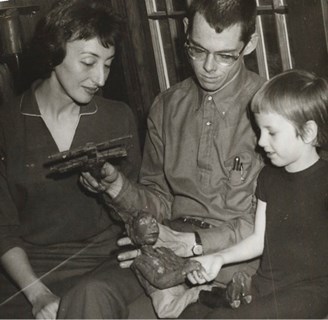 7 Stories of Kindness in the Neighborhood
Aurelia C. Scott | 09.06.18
// I wish Ollie, my family's handmade marionette, could have met Mr. Rogers. That was my first thought as I settled happily into LeVar Burton's Earphones Award-winning