Home » Articles » The Works of Upton Sinclair, Then and Now

The Works of Upton Sinclair, Then and Now 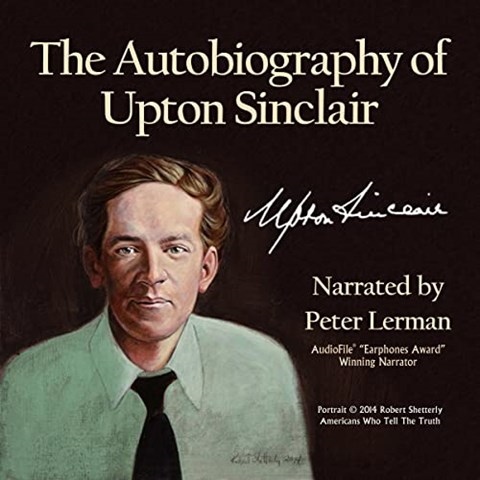 Let’s revisit Upton Sinclair, whose 90 books and muckraking journalism helped make 20th-century America a safer, fairer place. Let’s revisit him because we’re struggling anew with the kind of wrongs that he exposed. Wage inequality. Skyrocketing income disparity. Unsafe working conditions, particularly in low-wage jobs. Corporations that fight unions while valuing shareholder profits above employee health, income, and safety. Luckily, several of Sinclair’s literally life-changing books are newly available on audio, so just when we need him, we can revisit him.

Sinclair’s most famous novel, THE JUNGLE, which you probably read in high school, is a graphic account of an immigrant’s experience working in Chicago’s stockyards. Its 1906 publication resulted in the passage of two new laws that same year: the Pure Food and Drug Act and the Meat Inspection Act. Though the stockyards of 1906 have disappeared, the commercial meat and poultry industry is troubled, and this moving novel remains all too relevant. Two excellent productions are available, read by listener favorites George Guidall and Grover Gardner.

Gardner also narrated Sinclair’s OIL. Published in 1926, it exposed the cutthroat, unprincipled start of southern California’s oil and gas industry. Yes, you’ve seen Daniel Day-Lewis give his all in the film adaptation, but do listen to Gardner’s performance. While you do, ponder the untenable counterpoints of a warming planet, extractive industries, pollution, and human greed. 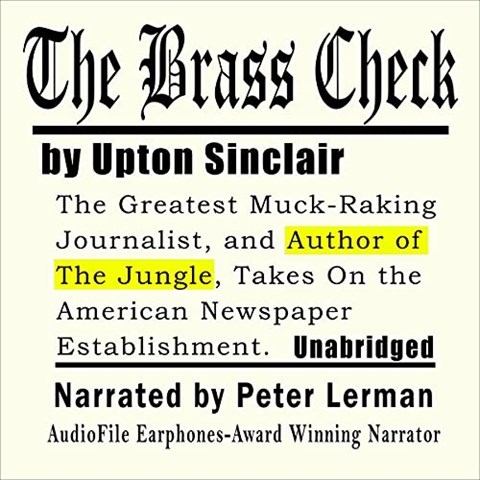 Audiobook narrator and producer Peter Lerman has taken Sinclair’s passion for environmental and social justice to heart. Lerman is now on a mission to record all of Sinclair’s out-of-print work that is still relevant. He began last year with THE BRASS CHECK, which our reviewer praised for Lerman’s energy and deftness. In this era of "fake news" and "alternative facts," Sinclair’s exposé of the early-20th-century press for preferring dramatic headlines over fact-checked news is eye-opening.

The only child of an alcoholic, improvident father and a religious mother from a rich background, Sinclair had a childhood that featured straitened genteel poverty with occasional visits to his wealthy grandparents. The dichotomy, along with his intelligence and passion for knowledge—he entered New York’s City College at age 14—drove much of his future work.

This and much more, both endearing and quirky, is in Lerman’s recording of THE AUTOBIOGRAPHY OF UPTON SINCLAIR, which was published earlier this year. Let's hear from Lerman on the making of his recording.

Lerman has also recorded THE MONEYCHANGERS, about Wall Street corruption, which, we must admit, hasn’t exactly disappeared in the years since . And THE METROPOLIS, about the extraordinary fortunes of high-society financiers and moguls, which still sounds ripped from the headlines. Lerman has more Sinclair titles in the pipeline, which is heartening to hear about the work of an author who remains prescient and timely fifty-four years after his death.

At the age of eighty, author John Edgar Wideman is not resting on his laurels, which include a Rhodes Scholarship, MacArthur Fellowship, the Prix Femina Étranger, the