Home » Articles » Thrilled to be at Thrillerfest 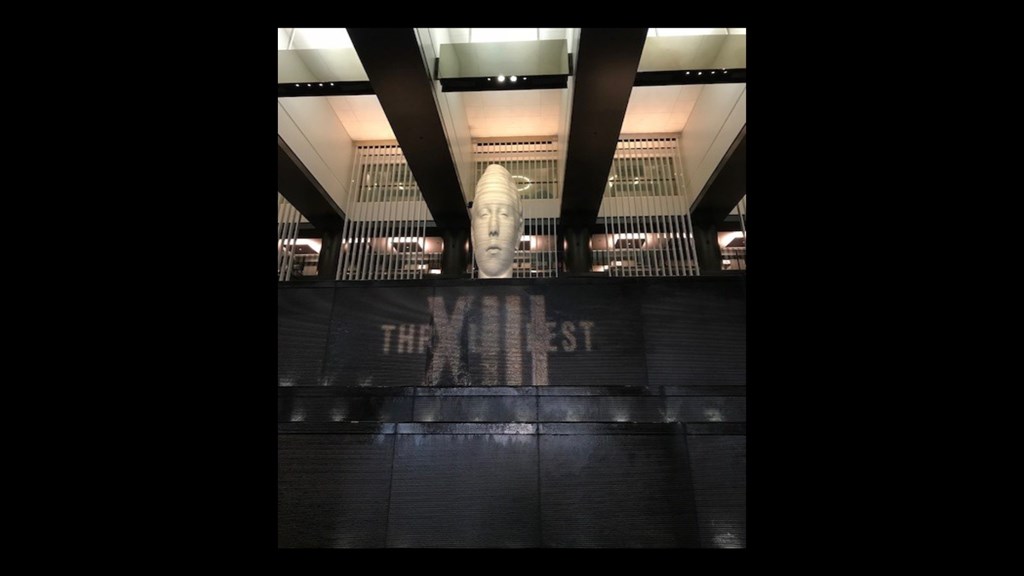 Thrilled to be at Thrillerfest

Thrillerfest (July 10-14, 2018), the annual conference of the International Thriller Writers, provides a unique opportunity to meet and mingle with some of the most popular thriller/mystery authors publishing today, including Lee Child, Walter Mosley, John Sandford, Lisa Gardner, and Megan Abbott.

So with pen and camera in hand, I set out to explore the relationship between authors and their audiobooks. Do they listen to their own books? (Are they like actors who shy away from seeing themselves on screen, or more like playwrights who are thrilled by seeing their works come alive on stage?)

For this totally unscientific survey, the responses were surprisingly consistent—they don’t.

Lawrence Block, author of more than 100 books and short stories (HIT AND RUN), told me that he does not listen to his own audiobooks. He is, however, engaged in having his books recorded (and has served as a narrator himself) and is conscious of the growing audience that “reads through their ears.” He also mentioned that he knows a woman with dyslexia for whom reading for fun has never been fun, but now, having discovered audiobooks, she has a whole new world opened to her.

In one of the sessions with Megan Abbott and Lee Child (THE MIDNIGHT LINE), a participant asked (and it wasn’t me!): “What do you think of your audiobooks?” Both responded that they don’t listen to their own audiobooks. Megan (GIVE ME YOUR HAND) likened it to an ex-boyfriend showing up on her living room couch. Once she finishes a book, she is done and isn’t interested in revisiting the experience.

This theme continued in the response from Caroline Todd (the mother in the mother-son team that makes up Charles Todd (THE GATE KEEPER). Caroline said she can’t listen to the audio versions of her own books because she knows exactly what is going to be said. However, she said that her son Charles is an avid listener. And, like the other authors, she is very aware of the place that audiobooks are playing in the market.

I also had the opportunity to chat with Earphones Award winner and Audie Award nominee Thérèse Plummer. Thérèse, who has recorded more than 300 audiobooks, told me that she enjoys close relationships with many of the authors of the books she narrates. Romance writer Robyn Carr (ANY DAY NOW) has shared with Thérèse that her fans insist that Thérèse continue to voice her characters. Further, Thérèse told me that authors are well aware that audiobooks boost overall sales.

So, while authors may not listen to their own books, they recognize the importance of audiobooks in the rapidly changing publishing scene. In one session, when the discussion turned to the growing popularity of audiobooks, panelists agreed that the ability to listen to a book while you multitask appeals to current audiences. Further (as we well know!), audiobooks are a perfect medium for mysteries/thrillers that keep listeners engaged no matter what else they are doing. My conclusion: Ultimately, it doesn’t really matter whether mystery authors listen to their own audiobooks or not. As long as they keep writing new books and wonderful narrators keep recording them, we listeners will be happy! 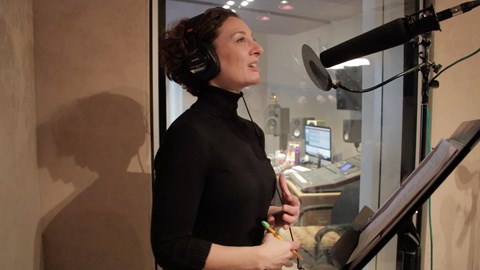 5 Questions With Khristine Hvam
Candace Levy | 06.20.18
Please welcome Khristine Hvam to the Take 5 stage. When I tune in to one of Khristine’s audiobook performances, I’m always impressed with her skill at helping me forge a strong

Solve: Partners in Crime
Jen Forbus | 09.04.17
I've often heard authors talk about the solitude of writing, so people who write as a team fascinate me. I've had the pleasure of meeting several writing teams through my