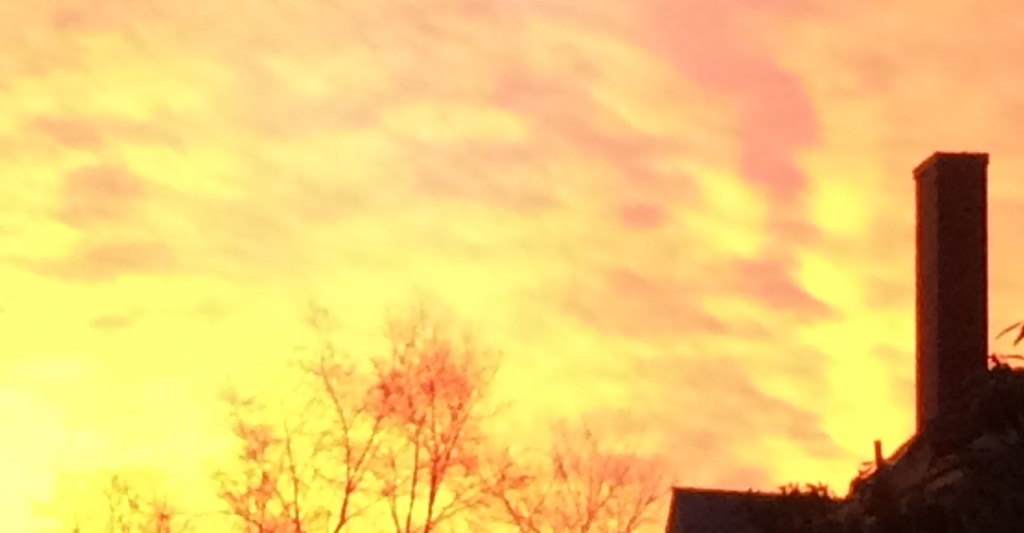 Whither the Weather, We're Listening

Multiple March snowstorms on the East Coast, a winter drought in the Midwest, and an early, eerily rampant fire season in the West were all prelude to the seemingly endless heat wave gripping us throughout the summer. What’s a body to do that’s any more cooling than tucking into some extreme weather audiobooks—and a supply of rotating beverage choices? 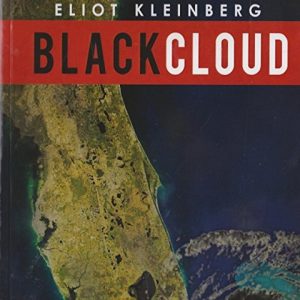 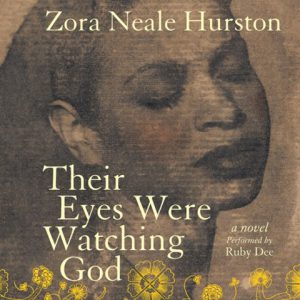 Eliot Kleinberg’s BLACK CLOUD: The Deadly Hurricane of 1928, narrated effectively and affectingly by Lee Ann Howlett, restores dignity to the thousands who suffered through the Caribbean storm. Among a welcome crop of 21st-century histories that give voice to the poor and downtrodden of society as well as the traditional accounts of those with more political capital, the combined compassion of author and performer give contemporary listeners pause to reflect on how even massive natural events lead to widely ranging experiences. Pair this with Zora Neale Hurston’s classic THEIR EYES WERE WATCHING GOD, narrated by actress Ruby Dee, as the novel has its roots in this same storm. 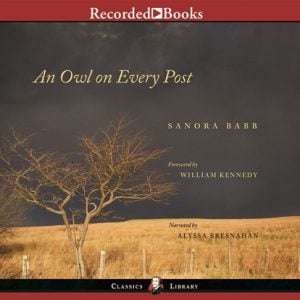 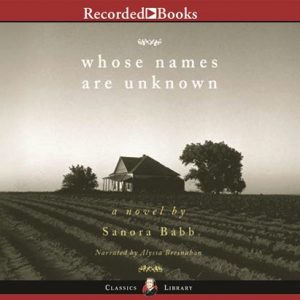 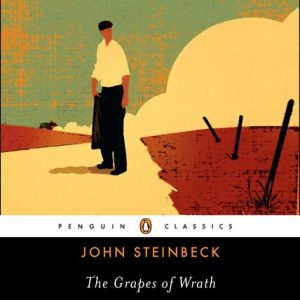 Drought is a growing concern around the globe. Sanora Babb’s memoir of the dust and wind accompanying the dry conditions of her childhood home in the Plains, AN OWL ON EVERY POST, shows how generations within her community coped. Alyssa Bresnahan captures both the hardships and the wonder in her Earphones Award-winning performance. Babb went on to write the classic WHOSE NAMES ARE UNKNOWN, again narrated by Bresnahan and winning another Earphones Award, which further captures dust storms and their link to farming disasters. John Steinbeck’s THE GRAPES OF WRATH borrowed heavily from Babb’s lived accounts.

Gardeners have the opportunity to develop their own science-based understanding of weather and forecasting it. They can take the lead offered through listening to THE WEATHER DETECTIVE: Discovering Nature’s Secret Signs, by German forest ranger Peter Wohlleben, performed by Nicholas Guy Smith, who is British. Even without a garden of one’s own, an audiobook fan can find a park bench on which to listen and consider the public plantings at hand and what they indicate about coming weather events. 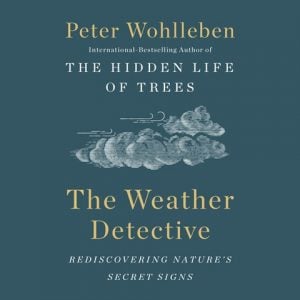 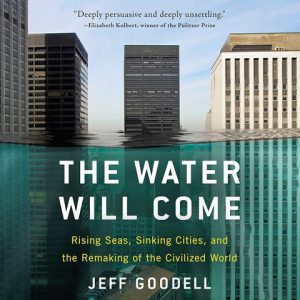 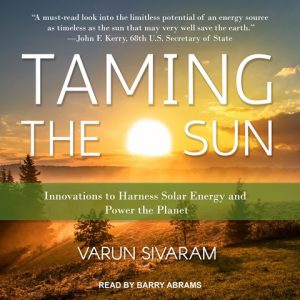 Looking even farther ahead than figuring out incoming weather: the ominous THE WATER WILL COME: Rising Seas, Sinking Cities, and the Remaking of the Civilized World by Jeff Goodell. Ian Ferguson narrates this examination of the impending disasters created by icecap melting and increasingly volatile storms without adding any unwarranted lightness to the tones of Goodell’s message. That dire outlook can be counterbalanced with Varun Sivaram, who turns the extreme weather-curious toward the possibilities that solar energy could hold in the coming decades. TAMING THE SUN: Innovations to Harness Solar Energy and Power the Planet, read in tones necessarily and capably alternating between hopeful and cautionary by Barry Abrams, is a deep dive into the science, policy, and financial aspects of using our increasing experiences with sunlight for powering our cities, homes, and technologies.

Our extreme weather calls for some serious listening. However, hearing from these talented narrators and authors allows us to gain a better understanding so we can take action without feeling alone in confronting the reality.