"In a curious sense, the stories are more at home, almost, spoken, than they are on the page.” 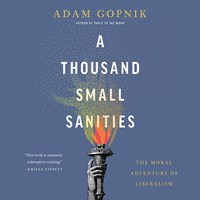 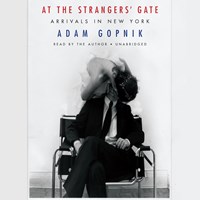 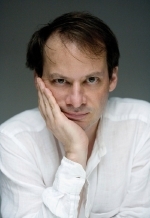 Charlie Ravioli didn’t much care for Adam Gopnik’s previous book, PARIS TO THE MOON. Ravioli, the too busy imaginary friend of Gopnik’s daughter, Olivia, voiced his disapproval in an essay in Gopnik’s new book, THROUGH THE CHILDREN’S GATE: A HOME IN NEW YORK.

“I think it was partly [Olivia’s] way of teasing me, but also it gave Ravioli more pizzazz as a character, in her mind,” Gopnik told AUDIOFILE. “She’s accustomed to people coming up to me and saying, ‘Oh, I enjoyed your book.’ So her imaginary friend would have the gumption to tell Daddy that his book wasn’t so good.”

Gopnik explains, “In an essay, you’re almost always dealing with something that isn’t, in itself, hugely significant, something that’s small, and particular, even minute. But then what you try and do is to--I always say to my editors, ‘turn left into traffic’--find where the intellectual heart is, where the ideas are. And the ideal essay is one, I think, where there’s a balance, a perfect balance of ideas and emotions. Of thoughts and feelings. And you know, you never achieve it--I never achieve it anyway--but that’s what your goal is.

“It was very challenging, reading the whole last third of the book,” says Gopnik. “Particularly that story ‘Last of the Metrozoid’” [about the final days of art critic Kirk Varnedoe]. And then the 9/11 chapters as well. You have to struggle to transmit the emotion without seeming to indulge the emotion. And that was very hard. In a curious sense, the stories are more at home, almost, spoken, than they are on the page.”

Since Gopnik’s children, now 12 and 7, are old enough to read his writing, have they rebelled at the idea of being featured in his work?

“The truth about it is,” he says, “that they understand that what I write about are these tiny little slices, highly stylized slices, of their life. Which, on the page, seem large but in their lives are quite small. I would never write about anything that I thought was truly private to them. I tend to stay on the surface of our life but then hope that exactly those things that are on the surface will illuminate something deeper.”

Now that Gopnik has narrated both PARIS TO THE MOON and THROUGH THE CHILDREN’S GATE, will he narrate his children’s book, The King in the Window?

“To be perfectly honest, I’m sort of disappointed that nobody’s asked me to do it. I think it would make a wonderful audiobook. I don’t know why it didn’t happen.”

One question: Does Charlie Ravioli listen to audiobooks?--Richard Stim