“I love to write about normal everyday people who unexpectedly encounter something overwhelming." 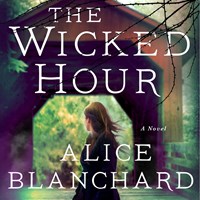 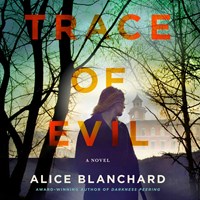 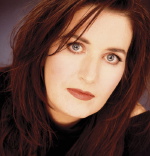 Among her many awards, Alice Blanchard won the Katherine Anne Porter Prize for Fiction for her book of stories, THE STUNTMAN’S DAUGHTER. But in making the transition from stories to novels, this Los Angeles resident reveals that her stories always tended to be long, so people often commented that she should write a novel.

The first time she took the advice was with DARKNESS PEERING, and she credits an image from her childhood as inspiration. “I grew up in New England farm country, where there were all these run-off ponds, and for some reason I had an image of a dead girl lying in a run-off pond. It disturbed me and wouldn’t let go. At the same time, I was intrigued by a moral question: What would you do if somebody you loved turned out to have done something very bad? Would you believe them incapable of evil?”

The novel was narrated by Patricia Kalember for Random House Audio, while her second and latest, THE BREATHTAKER, is narrated by actor Peter Coyote for Time Warner AudioBooks. It’s about a serial killer who uses tornadoes to cover his crimes. “With this one, I was struck by the idea that a homicide can rip through a family the way a tornado rips through a town. Both leave devastation in their wake, and many victims. There’s a desire to find out why these things happen and bear witness to such events that are beyond our control.”

A cross-country drive through Tornado Alley with her husband inspired the novel, when they witnessed a dramatic split in the sky, followed by a hard rain. “Oklahoma haunted me for months afterwards,” Blanchard recalls. “Then I got an idea about a family that was being torn apart from the inside out. A husband and wife with a teenaged daughter are in the middle of a crisis when the storm comes. And I thought the people who track tornadoes are similar in some ways to detectives who hunt down serial killers.”

Peter Coyote fills the shoes of Charlie Grover, a tortured small-town cop with burn scars over a third of his body. Coyote’s performance is supported by occasional dramatic sound effects, added with a careful touch by production supervisor Dennis Kao and his team at Time Warner. Although she hasn’t been an avid audiobook fan up to now, Blanchard admits, “They did a great job with it. I greatly admire Peter Coyote as an actor, too, and I think he’s just brilliant.” She adds that she intends to listen to more audiobooks in the future.

Meanwhile, Warner Brothers-based John Wells Productions is in the process of writing a screenplay based on the new novel, and Blanchard is at work on another novel. “I love to write about normal everyday people who unexpectedly encounter something overwhelming. We all hope we can rise above who we are. Real challenge can bring out our heroic side, and I’m interested in that.”—Jonathan Lowe