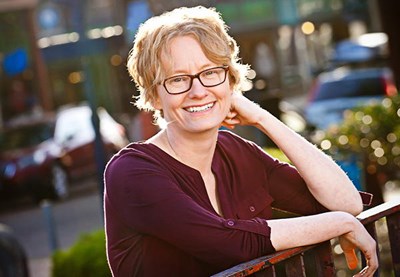 “I found that listening to the narrator voice the characters brought them more to life for me than they were before. Her version made me understand them in a way that I hadn’t.” 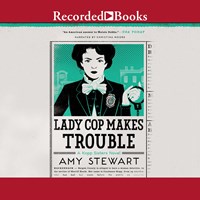 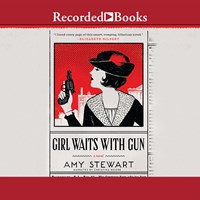 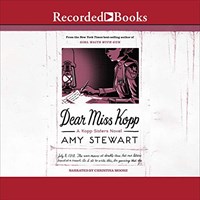 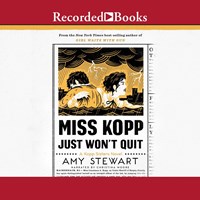 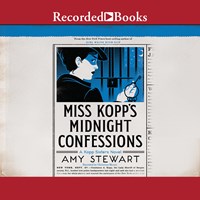 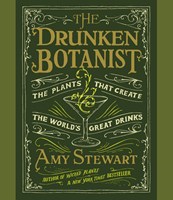 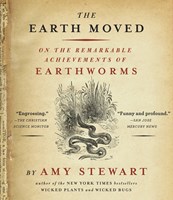 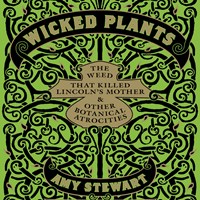 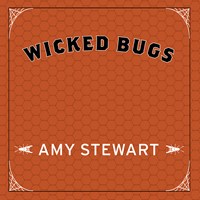 Listening to one of her books on audio used to make Amy Stewart cringe. She could only bear to hear a “snippet” before turning them off. The fault wasn’t the audiobooks--“they were great.” Instead, the author of six critically acclaimed nonfiction books, including FLOWER CONFIDENTIAL and THE DRUNKEN BOTANIST, says it was her writing. “I’d want to change every other line.”

And then Christina Moore became the narrator of Stewart’s first novel, GIRL WAITS WITH GUN, which is based on the real life of Constance Kopp, one of America’s first female deputy sheriffs.

Stewart had worked hard to capture the right voice for the novel, which is told in the first-person by Constance. She read speeches and articles of the time, including newspaper interviews with Constance herself. And she watched a family video of her own great-grandmother, who was born in 1905. “She was forthright and declarative. No up-talk, no ums, no ‘you know.’ Women didn’t always get to take chemistry classes then, but they took elocution.”

So when Stewart, who had narrator approval for the novel, was repeatedly offered voices that sounded modern and perky, she gave the producers a copy of her great-grandmother’s video and reminded them that the book is set in 1914 and “needs to sound like Constance’s speaking voice.

“That’s when they sent me Christina, and I said, ‘Yes! Yes please!’”

When the publication date rolled around, Stewart bought the audiobook, downloaded it to her phone, took a deep breath, and pressed play. As it turns out, she still wanted to change every other line; however, she “found that listening to Christina voice the characters brought them more to life for me than they were before. Her version made me understand them in a way that I hadn’t.” Heart racing, she kept skipping ahead to dialogue-heavy scenes. “And every time, I’d get insight from the way Christina brought them to life. I was blown away.”

Thank goodness that GIRL WAITS WITH GUN is the first in a series, she laughs. “It’s not so helpful to get insight into a book you’ll never revisit. But with these characters it’s not too late. I can listen to Christina’s version as I write the next book.”

Stewart is delighted that, as she says, “audiobooks are having such a moment right now.” Her own books depend on the spoken word. “I have tendonitis, so for the most part, I dictate them [using speech recognition software]. Then I read the entire book aloud more than twice during the writing process, and I change something on every page--clumsy sentence structure, awkward flow, word repetition that you don’t notice until you hear it.”

Despite reading her books to herself, Stewart hates to read them in front of an audience. Actually, she thinks fewer writers should be tempted to try it. “Unless your name is David Sedaris, you probably shouldn’t do it.” So imagine her glee when she realized that her book tour for GIRL WAITS WITH GUN took her near her narrator’s home. “Christina came to two events, and at each of them I talked her into reading a scene. One with lots of men. She was bouncing back and forth with all these different voices, and the audience was blown away. She got a lot of applause, which was great, because being an audiobook narrator is kind of like being a writer. You work alone in a room, and no one ever claps.”

As we’ve said, the novel is the first in a series. Stewart has plans--plans that bring her right back to the spoken word. “I’m dying to call up Christina and ask her to read some manuscript pages to me. She would read, and I would take notes. Writer and narrator. See where we get. What do you think?” she asks, and without waiting for a reply, bubbles over with enthusiasm for the idea. “It could be such an interesting collaborative relationship.”--Aurelia C. Scott