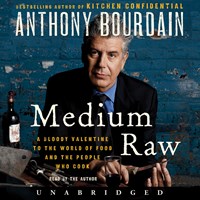 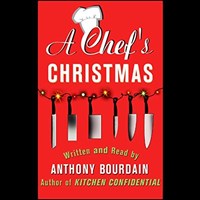 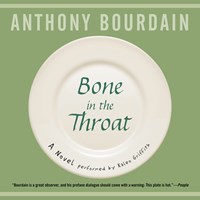 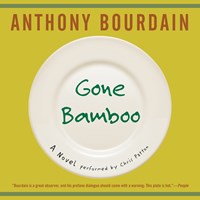 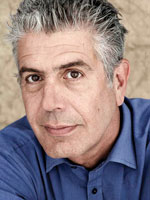 Bestselling memoirist Anthony Bourdain is known for his raspy, confidence-filled voice. In fact, he can’t imagine not recording his work for audiobooks. But what if he could sound like one other person in the world?

The former chef burst upon the literary scene with his stomach-churning memoir in 2000. Kitchen Confidential: Adventures in the Culinary Underbelly is about what goes on behind the scenes of New York City’s trendiest eateries.

Bourdain’s new book, MEDIUM RAW: A BLOODY VALENTINE TO THE WORLD OF FOOD AND THE PEOPLE WHO COOK, combines his love of food and the many fascinating people he’s met in his worldwide journeys for the Travel Channel. “I have the best job in the world. I get to go anywhere I want in the world. I work with friends. I tell the story any way I like to. It’s the best.”

Bourdain says he’s amazed at the popularity of his books and television programs and is thankful for living in a time when he’s able to express himself in such a variety of ways. “People are really interested in food. Twenty years ago, people would go out to a movie and talk about the movie they just saw or what they might see next week, but today people talk about the restaurant they ate at last. Food is a medium all by itself now.”

Because of his busy schedule, Bourdain’s publisher toyed with the idea of hiring a professional narrator for his latest book, but the outspoken author would have none of it. “I said I would find the time. The idea of someone else was just horrifying for me. It would sound pretty damn silly, anybody but me reading it. I want the reader to hear it in my voice.”

Bourdain says that because he writes in the first person, he’s comfortable with the recording process. “I’m kind of notorious among sound engineers for being really fast. I write the way I talk because it’s a very oral storytelling style. I sound like me when I write, and it’s not hard to sound like me when I talk.” He finished recording his latest book in three afternoons. “I guess I’m just well suited for this. I do a lot of voice-over when I’m on television. And there were parts of the book that I felt needed to be read quickly, with a sense of urgency and even angrily.”

While he’s also a big fan of history books, Bourdain says the new openness in personal memoirs is very attractive to his ears. “There are people I’d be more inclined to listen to just because they’re telling their own stories--comedians like Chelsea Handler or Arte Lange, because it’s their stories, and they’re funny. And the delivery becomes important. If Lenny Bruce had written his autobiography, I’m guessing it would have been pretty awesome.”--Randy O’Brien