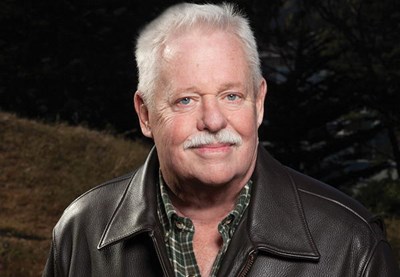 "When I read before an audience, I’m in a euphoric state. I love telling stories." 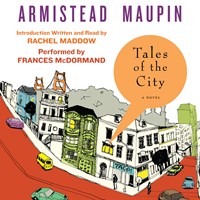 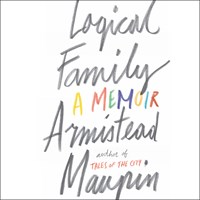 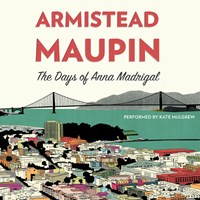 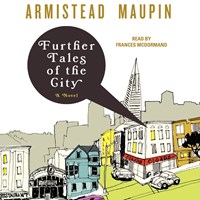 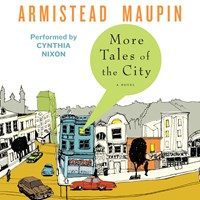 Armistead Maupin is publishing his first novel in eight years. In audio format. On the Internet. Beginning September 5, a month before hardcover publication by HarperCollins. Salon.com’s subsidiary, MP3Lit, will begin serializing THE NIGHT LISTENER (see review below), read by Maupin himself. Salon.com will release a new installment in streaming audio format each weekday for four weeks. This event marks the first time a major book has been serialized in audio in its entirety online before publication. In addition, Harper Audio is releasing the author’s own reading of the entire canon of TALES OF THE CITY, the series of novels set in San Francisco for which he is best known. AudioFile asked columnist Yuri Rasovsky to talk briefly with the author about his adventures in audio.A. I recorded THE NIGHT LISTENER in a CBC studio up in Montreal, where, ironically enough, we were shooting the latest installment of TALES OF THE CITY for television. Unbeknownst to me, Terry [Anderson], my business partner, had booked me into an audio studio on the floor below. So, while we were shooting upstairs, I was recording my latest story downstairs.

Q. Your reading adds a particular dimension to the book. It’s about a San Francisco writer who calls himself a “fabulist,” who has a difficult time telling the truth without embellishment. And there you are—a San Francisco fabulist—reading it. It begs the question of how much in the novel is autobiography.
A. That’s a matter I keep close to the chest. But I will say that I have tried for emotional truth, which means that I’ve dug deeper into my own psyche than I have ever done before.

Q. You clearly enjoy reading aloud.
A. I do—although it’s harder at the microphone than it is before an audience. When I read before an audience, I’m in a euphoric state. Ever since I was 8 years old, I’ve loved the experience of telling stories. I would happily round up the other Boy Scouts so that they could hear my stories around the campfire. I realize that that same instinct is at work today.

Q. Do you like to listen, as well? To audiobooks, I mean.
A. I do. When they’re not overproduced. When they don’t hire an actor who insists on adopting a character voice for every character, for instance. I think audiobooks are most powerful when they come from a single voice that understands the subtleties of intonation.

Q. It must have taken a lot of stamina to record the entire Tales of the City canon.
A. In abridged form, which I kind of regret. People don’t seem to miss what I miss, but if I had my druthers, I’d work exclusively in unabridged form, even though it’s far more grueling.

Q. It still must have been grueling.
A. Well, I had a very patient director, Rick Harris. And I just steeled myself for several hours of intense work every day.

Q. What made you decide to do it?
A. I suppose it’s a very real compulsion to connect directly with my readers. And I think the voice is the most intimate way to do that. Storytelling is the oldest form of entertainment on earth. And the fact that we can now do it on a massive scale on the Internet is immensely exciting. It’s at once extremely modern and extremely old-fashioned, which is a really good description of me.

Q. Tell me more about the “massive scale on the Internet” deal you have cooking for THE NIGHT LISTENER.
A. We’re doing it with Salon.com. It’s the first time that a novel has been serialized in audio form on the Internet prior to publication. It will begin around Labor Day, roughly a month before the book comes out. That‘s really quite thrilling for the kid who used to monopolize campfire time.

Photo courtesy of the author