"Audio has the advantage of allowing for greater shaping of how sentences are presented. One can more fully inject specificity, emphasis, and nuance. My intent is always to write text that can benefit from visuals but can still stand on its own--in essence, to write text that works in audio format." 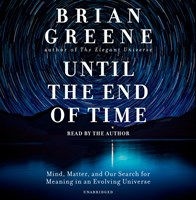 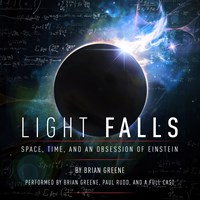 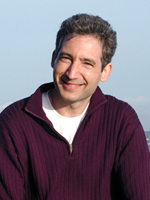 Finding time to answer questions is always a problem if you’re one of the most popular scientists in the world, with a new book out. This busy physicist and professor’s motivation comes from young people. “It’s absolutely vital that we inspire the next generation of scientists. So writing and teaching are both important to me--although I couldn’t write on these subjects were I not in the thick of undertaking scientific research on them.”

Multitasking is one of the benefits of audiobooks, so it was nice to learn that one of the smartest among us not only listens to audiobooks while driving but also makes time to communicate with his audience by entering a studio to record his books. And how did that go? “It was gratifying but grueling. I enjoyed delivering the words as I heard them in my head while writing. Print and audio are, of course, quite different,” he adds. “Audio has the advantage of allowing for greater shaping of how sentences are presented. One can more fully inject specificity, emphasis, and nuance. My intent is always to write text that can benefit from visuals but can still stand on its own--in essence, to write text that works in audio format. “But six hours a day of reading aloud, for many days straight, is a marathon. There comes a point when you can’t stand the sound of your own voice. I hope listeners don’t have a similar experience!”

Greene acknowledges that it can also be challenging to put complex ideas into layman’s language. “The challenge, especially in nonfiction, is finding a narrative thread that yields a compelling through-line. If you’ve spent your life researching a topic, it’s all too easy to forget the hurdles faced by the uninitiated in grasping those ideas. The challenge is to put yourself in your readers’ shoes. I build mental imagery of a given concept or theory, then strip away the mathematical details. The additional step for a book is to take those visuals and enliven them by using anecdotes, stories, or fictional vignettes to add color and entertainment. By having an intimate knowledge of the technical details of a subject, I then feel confident enough to determine which features need to be included for a clear and accurate nontechnical explanation, along with which features can be safely sidestepped. You just absorb new ideas much easier if there’s a narrative pushing you along.”

Greene’s past experience in both scientific research and public speaking has certainly provided him with some interesting narratives, such as TED talks, PBS specials, voice-overs for science programs, and actual book narration. “I’ve found that the audience for these kinds of science books is broad--I get emails on an amazingly wide variety of questions from young kids, working professionals, stay-at-home moms, retirees, even prisoners. The interest in understanding the ideas in this quest to grasp the nature of reality is really strong.”

What's next for Greene? “Mainly research in string theory and cosmology. But I’m also completing a four-hour ‘Nova’ miniseries on my second book, FABRIC OF THE COSMOS, to air in the fall. And there’s always the annual World Science Festival in New York, at the beginning of June this year.”

A busy man, indeed. But not one who can live without audiobooks, or without taking the time to make them even while he talks about time itself.--Jonathan Lowe