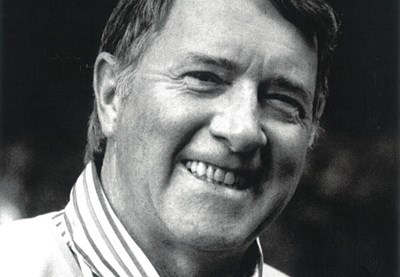 “I retired when I was 50. And then I found out what I really wanted to do: Tell stories." 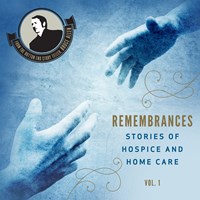 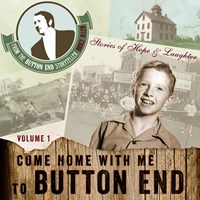 A cherished teacher who taught much more than just the three “Rs,” a depression-era family that couldn’t quite grow flowers but ended up with just enough vegetables to last the winter, and a visit from a young senatorial candidate named John F. Kennedy--a conversation with storyteller Bruce Allen will often begin and end with a few tales and parables about the characters, values, and joys of growing up in his beloved Button End--a tight-knit immigrant and blue-collar neighborhood on the east side of Woburn, Massachusetts, in the 1930s and ’40s.

However, when Allen begins to tell the story of his own life, he’ll most likely start in the middle. “I retired when I was 50,” he explains. “And then I found out what I really wanted to do: Tell stories.

“I wanted to be useful in my life,” he says. So, leaving careers in finance and traveling around the world as an onboard manager for the luxury Royal Viking Lines, Allen found himself working as a hospice and home-care volunteer in San Francisco. Storytelling became one of his surest ways to reach, comfort, and find common ground with his elderly patients.

He fondly remembers his first charge, a diabetic who was often in great pain. “He said, ‘Tell me something that doesn’t make me think of the hospital,’ so I pulled up a chair and said, ‘Have I ever told you about where I’m from?’ That’s how it started. I told him about Button End. Then the patient in the bed next to him turned off the TV and asked to listen in.” His patients were discerning listeners, and Allen soon began to write down his stories just to keep them straight. “They all had their favorites and knew how the stories went,” Allen chuckles.

Turning the Button End stories into full-fledged audiobooks came to Allen through a stroke of good fortune. He’d recorded some of his stories himself, sent them to a friend for her opinion, and the friend passed them along to retired three-time-Grammy-winning spoken-word producer John Runnette, who agreed to take Allen on as a client for his We’re Rolling Productions.

“He told me to pretend I was at the kitchen table,” Allen recalls. That simple direction spurred Allen on to edit more than 100 stories down to five crisp CDs that focus on the emotional richness of the material and feature his natural pace and soft Boston-accented delivery.

At 77 years of age, Allen has no intention of slowing down. Every weekend he heads to a downtown San Francisco senior center to read the latest installment from his new collection, Whispers From the Ship, based on his experiences working on luxury cruise liners. “It keeps me sharp,” he says.--Brian Price