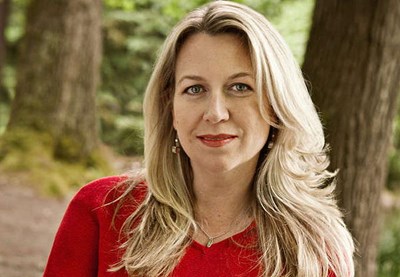 "I read the entire [book] aloud to myself...the sound of the language is really important, and some things can only be identified--the rhythm, sound, pacing--by listening.” 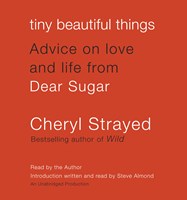 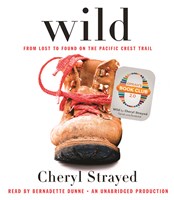 “It’s been an incredible year--a beautiful, exciting, life-altering, career-altering year,” says Cheryl Strayed. Strayed has plenty to be pleased about: Her novel TORCH, first published in 2006, was reissued in 2012, along with her memoir, WILD (which debuted as a bestseller), and her widely admired collection of pseudonymously written advice columns, TINY BEAUTIFUL THINGS. “I’ve been on the world’s longest book tour!”

In the preface of TORCH, which Strayed narrates, listeners hear the author describe what was perhaps her first public reading--and certainly the moment she points to as the beginning of her sense of self as a writer. When she was 11, the principal called her to the office and asked her to recite a poem she’d written. “It was such a striking moment in my life,” she recalls. “When you read a poem out loud, any work out loud, especially before an audience of one, you really understand that someone is listening--that your words have importance and power. I felt that when reading.”

Strayed says this moment also marked the beginning of an important practice she uses when drafting and revising: “I always read my work out loud over and over again. If it doesn’t sound right, I change it. It goes back to that first time that I read it out loud, heard my own language in a way that’s slightly different from when you’re reading it on the page.” The last thing that she does with each book is to “just sit there and read the entire thing aloud to myself. It takes a couple of days, but the sound of the language is really important, and some things can only be identified--the rhythm, sound, pacing--by listening.”

Although some writers are often shocked at the effort narrating their work requires, Strayed says her director and sound engineer were pleasantly surprised at how little coaching she needed. Her natural tendency to read slowly helped, though she says she was surprised when her director still asked her to “take the pace down even further.” And she was struck by the “meticulous” nature of the recording process. “If I put the emphasis in the slightest, tiniest bit wrong place, she’d make me back up. Every word!” Also outlawed were some on-the-fly edits that Strayed had gotten used to making when reading Torch on tour. “I’d say, well, why don’t I just not read that phrase? Nope! They made me stick to the script!”

Perhaps the greatest challenge was narrating the many heartrending moments in both Tiny Beautiful Things and Torch. “If you listen, you’ll hear the intensity in my voice. I never broke down crying when I was reading, but boy, before I read some of those things, I had to take a deep breath.”

Strayed noticed that her narration of those emotionally charged passages was technically more perfect. “Those would be the stretches where I would not be stopped much, if at all. It was like some extra gear kicked in and I became really engaged in the words. A lot of times I’d get done reading an intense passage and the director would say, ‘Are you ok? Do you need to take a break?’ And I would need to take a break. There are a few scenes in TORCH and some of my advice columns [from TINY BEAUTIFUL THINGS] where if I’d been alone in a room and not really trying to focus on recording, I would have cried my heart out.”

Her recent narration of TORCH offered Strayed a surprising gift: perspective on her development as a writer. “When I went to narrate Torch, I hadn’t read it to audiences for 5 or 6 years, and I hadn’t read the whole book since before it came out.” Meeting her younger self, she says, was startling. “I could see how I’ve changed as a writer.” Mainly, Strayed says, she could see how hard she was trying. “I remember wanting to pull off certain effects. And of course, I still try now and want certain effects from the page, but I’m a more confident writer now--more at ease. I’ve sort of loosened up a bit. I could see my own youth. It was fascinating.”--Jessie C. Grearson