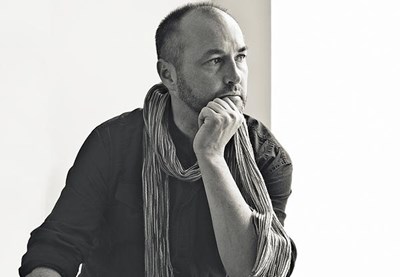 “I love doing the audio stuff. I spend much of my time speaking my writing aloud. You get the rhythms, you get the music. Stories are meant to be told aloud.” 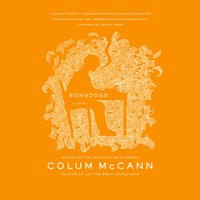 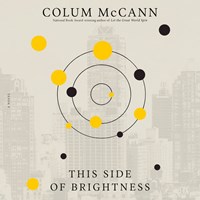 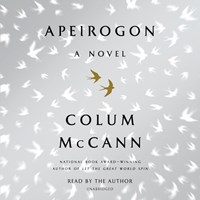 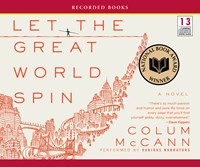 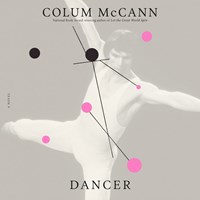 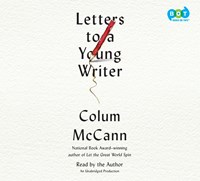 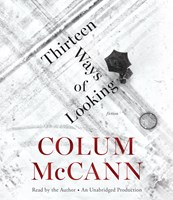 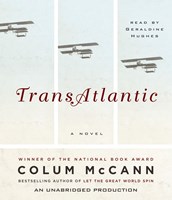 Award-winning and bestselling novelist Colum McCann’s speaking voice is a soft and lyrical Irish brogue, but his sound didn’t fit for one job he thought he would automatically win. “I’m Irish, and I’m a ham. I absolutely love to read, but something happened to me a few years ago. Maybe I shouldn’t tell this. I wrote [the novel] LET THE GREAT WORLD SPIN, and I knew they were going to use a number of different narrators, and the book actually turned out beautifully. But I wanted to read the Irish character.” He called the producer and requested the job but was told, “Normally, we get actors to do this, and they audition. I said, ‘I’ll do an audition,’ so I went downtown, I did my audition, and guess what-- I didn’t get the part for my own book.”

That setback didn’t faze him. McCann won the National Book Award in 2009 for that novel. He’s the award-winning author of five other novels and three collections of short stories, with THIRTEEN WAYS OF LOOKING the most recent. He’s built a following of readers and knows how important it is to help others find their voices by teaching creative writing. He recently collected 52 essays about the process and aspirations of writing in LETTERS TO A YOUNG WRITER: Some Practical and Philosophical Advice, and while the target audience is clearly stated in the title, his subjects and viewpoint are universal and ageless.

In his essays, he draws on wisdom from literary giants like Nabokov and Rilke, and adds his own point of view. “I decided I would try to write an article every week for a year. It started on January first of 2016 and went all the way through to the end of the year. About halfway through, my publisher said we should come out with a hard copy.”

McCann says he teaches structure with a spotlight on plot and well-drawn characters, but he leaves room for surprises. “One of the things I emphasize is that I seldom know exactly where it is that I’m going, and I really don’t want to know. I compare it to the difference between being an explorer and a tourist. As a tourist, you go on a package tour, and you know exactly what’s going to happen and when. If you’re an explorer, you don’t know what’s going to come about, and there’s something thrilling about that. To me, that is the best possible scenario.”

In 2013, McCann published a fictional biography of ballet master Rudolf Nureyev, his novel DANCER. He says that for him the art of writing should mirror that of a performer. “Dancers are up on stage, and they create these beautiful, free-flowing movements, but underneath it all, if you know any dancers, half of them have ligament strains, cartilage pulls in their knees, and maybe they’re in the midst of a relationship breakdown--all things going through their minds, but all we see is that moment of beauty.”

McCann has performed in the recording booth twice. He read his short story collection THIRTEEN WAYS OF LOOKING and recently finished recording the audiobook for LETTERS TO A YOUNG WRITER. Listeners can hear the affection he has for writing and the depth of his wisdom about the art. “I love doing the audio stuff. I spend much of my time speaking my writing aloud.” He advises his students to do the same. “You get the rhythms, you get the music--all that sort of thing. This is originally where stories came from. Stories are meant to be told aloud.”

As a creative writing teacher, McCann says being clear and precise is always more important than attempting to be colorful or dazzle the reader. “While the Irish language has some phrases that seem hard to understand, the Internet and globalization are making words and phrases more interchangeable. One of my favorite words is “rozziner,” a word for the first drink of the day. It comes from the rosin you put on the violin bow before playing.” McCann says it’s essential that we preserve our accents and unique cultures. “But we also have to recognize our similarities, especially in a world that seems so fractured now, with people seeming so distant from one another when they should be coming together.”--Randy O’Brien