“I transport my view of the world and the worries of the world through my stories, and try to awaken the passion for reading in children and adults." 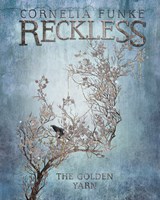 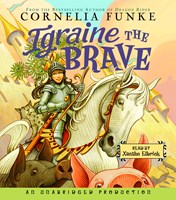 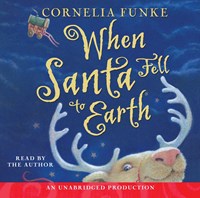 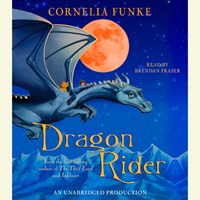 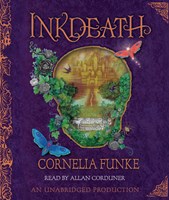 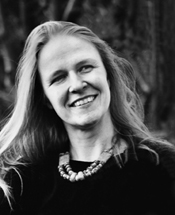 As an author, Cornelia Funke considers herself “a spy for children in the adult world.” In her writing, she tries to introduce children to the amazing and strange. “I transport my view of the world and the worries of the world through my stories,” she says, “and try to awaken the passion for reading in children and adults.

In her enchanting THE THIEF LORD, she writes about a magical carousel that turns adults into children and children into adults. When asked if she would get on the carousel if she could, she says with a laugh, “Absolutely not! I’m very happy as an adult.” She was inspired to write the story while in Venice. When she was young, she always dreamed about being an adult and deciding her own future. “There is no story about children who want to grow up,” she says, “and Venice is a magical place.” Character Bo is inspired by Funke’s own son, Ben, who is now 7. Her daughter, Anna, 12, doesn’t want to be in a book but tells her mother she wants a dedication in the next book because she was the first to read it.

Still riding the wave of excitement about the popularity of THE THIEF LORD, Funke looks forward to German-based Warner Bros. to begin filming the story next fall. She has had many books published in Germany, but THE THIEF LORD is the first to be translated into English. Her next book, tentatively titled HEART OF INK, will be released worldwide next fall. HEART OF INK is about a man, a repairer of books, who has a passion for reading and reading aloud. When he does read aloud, magical things happen. She also has two more books, DRAGONRIDER, a “pure fantasy” for younger children, and SIR NONAME, also ready to be released sometime late next year or early 2004.

Funke is an avid audiobook listener. She enjoys hearing author Toni Morrison read her own works, as well as listening to books by Dickens, Tolkien, and J.K. Rowling. She wishes that one of her favorite celebrity narrators, Mel Gibson, would do more audiobooks. When she listened to THE THIEF LORD, “It was just perfect!” She credits Simon Jones with a wonderful performance. “I sat in my kitchen and it was like I was experiencing the story for the first time,” she says. “It put a smile on my face.”

What else makes Funke smile? When she gets feedback from her fans. Children in Germany often write to her and tell her that they went to Venice and found all the places described in the book, except for the magic carousel. But that, she assures us, is only in her imagination.—Denise L. Marchionda