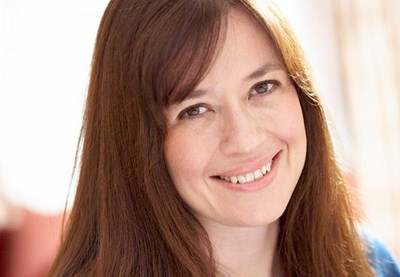 “I read really fast, and I often miss things. When you listen, you can’t miss anything.” 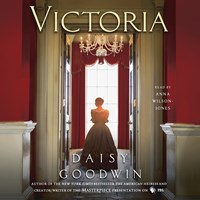 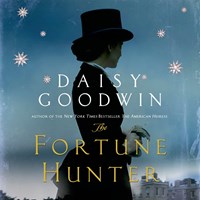 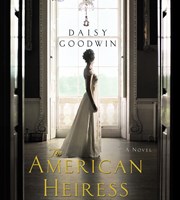 As Daisy Goodwin was writing THE FORTUNE HUNTER--her new historical novel about a dashing horseman named Captain Bay Middleton and the two women who love him, the beautiful Empress Elizabeth of Austria and a plain but very smart heiress named Charlotte Baird--she would sometimes pause to listen to audiobooks. In particular, she says, she listened to the British actress Juliet Stevenson reading works by Jane Austen.

“Listening gives you a really good sense of how dialogue works, and she’s a really wonderful reader,” Goodwin, who lives in London, says. When it came time to record her own novel, her publisher sent samples by a few narrators, and she selected actress Clare Corbett--an excellent choice, it turns out, since the audiobook won an Earphones Award from AudioFile. Her first novel, THE AMERICAN HEIRESS, was narrated by Katherine Kellgren and received a glowing review. That book, about a wealthy young Newport woman who is married off to a duke, became a New York Times bestseller, partly because it serendipitously dovetailed with American interest in the similarly themed “Downton Abbey.”

Of her recent choice of narrators, she says, “I wanted someone who could give different characters different voices. That’s kind of key when you have loads of dialogue. Some actors can do it, and some actors who are amazing on-screen or onstage just can’t do this particular thing.”

A television producer of documentaries, history programs, and reality shows in Great Britain, Goodwin knows whereof she speaks in the narration arena. She’s also a longtime audiobook listener. “I’ve got them all on my iPhone. I’ve got zillions of them.” She started out listening in her car, she says. “But when I got an iPhone, I could just download them, and it was so convenient.” The last book she listened to was Daphne du Maurier’s REBECCA, read by Anna Massey. “She was fabulous.” Classics are her favorites--George Eliot’s MIDDLEMARCH, books by Anthony Trollope--because she listens to their dialogue. “I read really fast, and I often miss things. When you listen, you can’t miss anything.” She also listened to all the Harry Potter books with her daughters, now 23 and 13, when they were younger. “We had a lot of driving holidays,” she said. “One holiday is still associated in my mind with the death of Dobby.”

After reading a biography, Goodwin became fascinated by the royal story of Elizabeth of Austria, known as Sisi, as well as her similarity to modern celebrities, especially Princess Diana, who was also known for her beauty and was unhappy in her marriage and plagued by photographers. Moreover, Sisi was friends with Earl Spencer and went hunting at Althrop, Diana’s childhood home. Besides paying attention to Victorian speech on audiobooks, Goodwin--now working on a novel that involves Queen Victoria herself—meticulously researched Sisi’s extreme beauty regimens. “I tried squeezing myself into a corset, and it was painful. No wonder Sisi was so thin, because you really can’t eat anything. It’s a much cheaper alternative to gastric band surgery.”

Sisi, famous for her very long, dark chestnut hair, washed it in egg yolks and brandy, so Goodwin, who also has long, dark hair, tried that, too. “But it’s really messy. I don’t recommend it. There’s a reason we have shampoo.” The most unusual treatment she tried was covering her face in raw veal overnight. “It was really disgusting, but my skin was softer the next morning. I’ve had a better night’s sleep.”--Aileen Jacobson