“I don’t like the sound of my voice. To me, I sound really annoying. This could be because I am annoying, but I don’t like being reminded of it.” 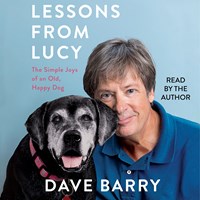 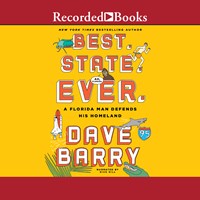 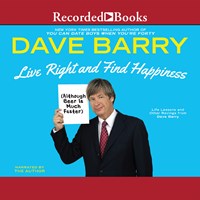 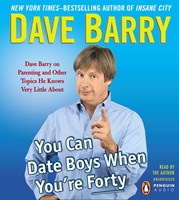 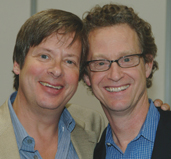 Dave Barry says he was ecstatic when he heard that Jim Dale had agreed to narrate the audio of PETER AND THE STARCATCHERS, the prequel to Peter Pan, which Barry co-authored.

“The man is unbelievable,” Barry says. “He has more voices than the Mormon Tabernacle Choir.”

Ridley Pearson, Barry’s co-author, recalls that Brilliance Audio arranged a conference call between the authors and Dale, who started right in on voices from the novel, asking questions: “What do you think about this for Black Stache?” (Mr. Stache, as the novel explains, was the pirate’s name before his close encounter with a crocodile.) “How ’bout this for Mrs. Bumbrake?”

Pearson says he and Barry were left speechless, “astonished at how cool these voices sound. Then Jim explains the evolution of each voice: how Bumbrake would have a little Cockney because she portends a position in the upper class but does not belong there. On and on. It was as if he’d done weeks of research into the exact nuance of each and every voice. Dave then asked him how many of these voices he’d prepared for the novel. Jim replies, ‘Well, I’ve taken on the top 50 in the novel. The rest I can handle as they come up.’

“‘Top 50??’ Dave and I reply, not knowing there even were 50 characters in the novel! The point is that with that kind of homework and preparation and research, it’s no wonder that Jim Dale is at the top of his game. He could read the back of a cereal box and make it sound like poetry.”

The unlikely collaboration between Barry, the Pulitzer Prize-winning humorist, and Pearson, a celebrated thriller writer, was inspired by bedtime reading at Pearson’s home in St. Louis. Pearson was reading aloud the illustrated unabridged version of J.M. Barrie’s century-old classic, PETER PAN, when his 5-year-old daughter, Paige, asked, “But, Daddy, how did Peter Pan meet Captain Hook?”

Pearson says that at that moment, “I experienced a brain freeze and said right back to her, ‘Paige, that is a novel, and I’m going to write it.’”

A week later, Pearson was in Miami to perform with the Rock Bottom Remainders, a garage band of Baby Boom writers who play at literary benefits. He was staying with Barry, a friend and band mate. “We’re a terrible band,” Barry says, “but Ridley’s a fine bass player, and as our totally incompetent lead guitarist, I have learned to follow his cues.” So when Pearson mentioned a prequel to PETER PAN and asked if Barry wanted to collaborate on it, a writing partnership was formed.

Two years and hundreds of emails later, Barry and Pearson’s PETER AND THE STARCATCHERS, a fast-paced adventure aimed at kids 10 and older, was published. A sequel to the prequel is in the works.

Both Barry and Pearson have recorded some of their earlier books. “To be honest, I didn’t care for it,” Barry says. “I don’t like the sound of my voice. To me, I sound really annoying. This could be because I am annoying, but I don’t like being reminded of it.”

Pearson says narrating is “a difficult job, and who knows if I did it well? I do know one thing: Jim Dale can do it better than me with a sock in his mouth.”—Bob Minzesheimer