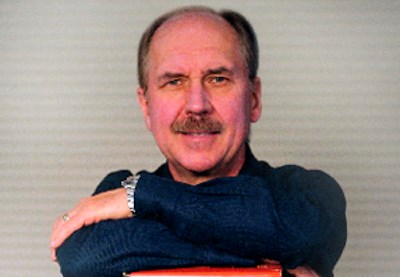 "Throughout his career Morrell has had a close affinity to the audio world. He was one of the first writers signed by Brilliance Audio in 1984 and has maintained a commitment to audio." 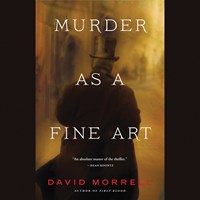 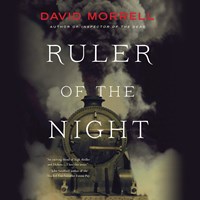 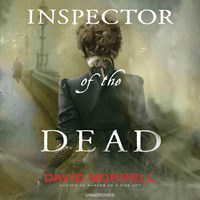 David Morrell is most known for his thriller FIRST BLOOD, which introduced the world to Rambo. “The thriller,” says Morrell “is a story whose pace increases as it progresses. Like other stories, thrillers engage the reader’s emotions, but with the thriller that emotion is usually fear. Traditional mysteries are based on a puzzle—a body is discovered and the detective conducts interviews and puts clues together to solve the murder—a whodunit story. The thriller is more of ‘how done it.’ Thriller writers include Lee Child, Steven Hunter, Douglas Preston, and Lincoln Child.”

Morrell is also co-founder of the International Thriller Writers Association, whose membership has grown to over 400 member authors with worldwide book sales of over 2 billion books. “In any given week,” Morrell adds, “at least half the authors on the NEW YORK TIMES bestseller list are members of the ITWA.” The goals of the organization are to draw attention to what thrillers are, to help authors to explore the genre with creativity, and to teach authors how to better promote their work. One of Morrell’s favorite projects is developing an apprentice program within the ITWA to have the top-selling authors mentor up-and-coming authors.

Throughout his career Morrell has had a close affinity to the audio world. He was one of the first writers signed by Brilliance Audio in 1984 and has maintained a commitment to audio. He recalls a woman who approached him on a book tour many years ago. “This woman was sight-impaired and was frustrated with the Library of Congress. I promised her that all my books would be available on audio unabridged. And I also promised to send her each one as soon as it becomes available—which I’ve done!”

On his Web site Morrell promotes audiobooks as a way to avoid the angry tone of much of today’s radio. “The first audiobook I listened to was a Harry Potter book—when my wife and I were driving from our home in New Mexico to California. My wife enjoyed it so much that she’s taken to audio as a distraction while doing housework.”

Morrell is busy working on his next thriller, SCAVENGER, due to hit bookstores in March 2007. The new book marks the return of Frank Balenger from CREEPERS and focuses on a quest to find a hundred-year-old time capsule. Morrell does extensive research for all of his books and has been trained in firearms, hostage negotiating, assuming identities, executive protection, and defensive/offensive driving. While training with the LAPD, he broke his collarbone during knife training. For the upcoming title, Morrell’s research brought him back to the Crypt of Civilization, created at Oglethorpe University in 1936.

As listeners discover more of David Morrell, they’ll find that Rambo is only one chapter, a very small one, in a line of thrillers that demonstrate a relentless pace and edge-of-your-seat suspense.—Roger Tashjian