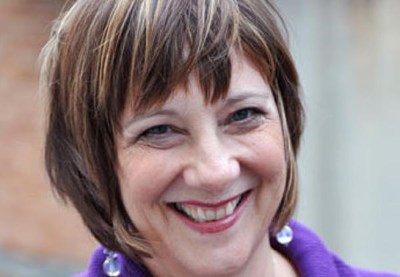 “Audio forces you to concentrate on the pacing and the rhythm of the language in a way that you don’t when you’re reading print." 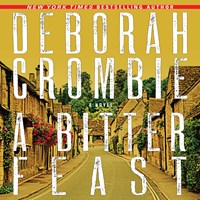 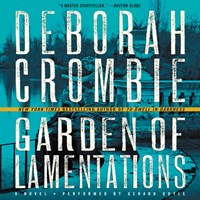 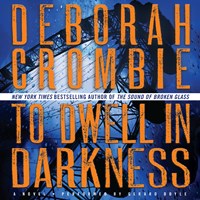 How did an American girl who grew up in Texas wind up writing one of the most critically acclaimed British mystery series being published today? “I’ve been asked that question so many times I really ought to have a pat answer by now,” says Deborah Crombie, author of the enormously popular Duncan Kincaid/Gemma James series.

Crombie tells AUDIOFILE she’s been an Anglophile for as long as she can remember. “I was a very early reader and was fascinated by anything that was set in England, from as far back as WINNIE-THE-POOH. In my teens I discovered all those wonderful Golden Age British mysteries and sagas. In college I became fascinated by Oxford and the whole academic cultural confluence that happened there.” But she didn’t go to England for the first time until she graduated from college. “When I got off the plane at Gatwick, I had the most enormous sense of homecoming—overwhelming—and it’s been like that ever since.”

Crombie’s novels offer inventive stories and fascinating characters, as well as a definite sense of place, but how does she achieve that believable British sound? Besides living in Scotland and England for many years, she reads English newspapers cover to cover, watches British television, and goes with her notebooks to coffee shops. “People-watching and eavesdropping on conversations are enormously helpful. That, plus all the reading I do, I hear the speech patterns in my head.”

As to narrating her own books herself, Crombie says, “Oh God, no! People do not want to hear these books read with a Texas accent.” She has listened to several versions of her books, and liked them all. “But what makes Michael Deehy’s reading exceptional is his reading of Gemma. She sounds exactly the way I hear her in my head. Michael Deehy [aka Gerard Doyle] is wonderful. He’s so conscientious, as far as going back and making sure that all the accents are consistent with the characters’ backgrounds.” She tells us, “They just finished recording AND JUSTICE THERE IS NONE, and I think they’re in the process of buying the rights to DREAMING THE BONES, which will be really fun to hear Gerard read.”

For Crombie, audiobook listening is a rich experience. “Audio forces you to concentrate on the pacing and the rhythm of the language in a way that you don’t when you’re reading print. I can’t say that one experience is better than the other. They’re just different. Each one enriches the other.”

She believes that writing allows readers to connect with other people. “All art forms do this to some extent, but for me writing is the most profound. It’s the strongest way we have of getting inside other people’s heads and emotions and understanding what makes them tick. The most important, meaningful thing that any of us can hope for is to increase that connection.”

Since Deborah Crombie’s books are worldwide bestsellers, it’s clear that she is successfully making that connection.—S.J. Henschel