"It was about what voice they could bring to this particular moment in time." 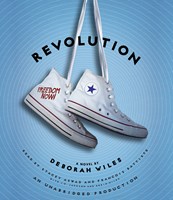 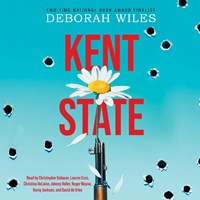 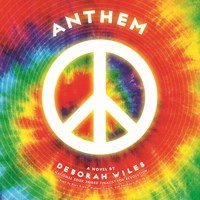 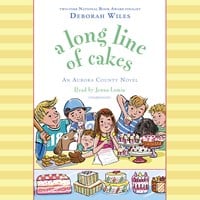 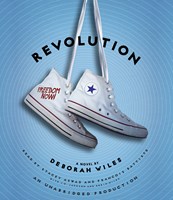 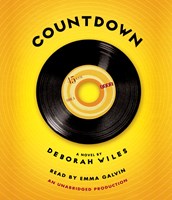 Author Deborah Wiles loves audiobooks--she does almost all her reading on audio. “I’ve listened for so long that the medium has grown from productions with a single narrator, which is perfectly acceptable, to this amazing art form that sometimes has multiple narrators, sound effects, and music. It blows me over.”

Wiles is just as amazed at being involved in creating them. “Someone told me Paul Gagne is a production legend, and now that I have worked with him on ANTHEM and KENT STATE, I agree.” After Gagne read KENT STATE, he told her there were so many stories to tell that the production couldn’t have had just one or even two narrators.

His comment affirmed what Wiles had already discovered. During her research, she uncovered many disparate views of the May 4, 1970, Kent State killing of four students by the National Guard. Approaching the book’s writing, she and her editor, David Levithan, talked about writing the book from the viewpoint of collective memory, with all those memories coming together to form the history of that event. “There were so many different versions of this story that it was unfair to give the reader only one version.”

When Gagne asked if she wanted to help him create a full cast, she jumped at the chance. She was involved at every stage of the audio production and found it amazing from start to finish. “Paul began to send me voices he thought would fit, and I sent him a few, too, because I’ve loved so many in the audios I’ve heard.” They went through a multitude and chose the ones that would work best. “It wasn’t about the credits that they had but what voice they could bring to this particular moment in time.”

For the production of KENT STATE, six actors met at the studio and read together. Lori Benton and Paul Gagne recorded it in one day. When Wiles heard the results, she was stunned by the powerful dynamic. “I wept when I listened to it.”

The audiobook also has musical intros and outros in the style of protest songs, created by Wiles’s husband, Jim Pearce, a jazz musician and composer. The audiobook begins with a factual prelude, read by David de Vries, that establishes historical context. It ends with Wiles reading an eloquent author’s note informed by her personal experience.

Kent State happened three days before Wiles turned 17. “I kept thinking that I could have been one of those students. I wasn’t allowed to talk about the event at the dinner table in my very military family. Every week my father was flying into Vietnam with supplies and out with body bags. But it was all anyone could talk about in school.

“Our school in Charleston, South Carolina, had just been integrated, and there was a black kid who said (and he was right), ‘You see a white dude with a gun, and you don’t think it’s loaded.’ And I’d never thought about that as a white girl in a privileged position. I remembered this while interviewing people for the book who were saying the exact same things.

“The Kent State massacre was all about First Amendment rights being trampled upon, and Americans changed because it was so unbelievable. These issues are ongoing. It’s showing during COVID-19. We are still trying to get our government to be responsive and responsible, useful and meaningful, and to offer real truth. It will take all of us to let the government know that democracy matters.”

During the isolation of COVID-19, Wiles is re-listening to favorites like Frances Mayes’s UNDER MAGNOLIA and Kate DiCamillo’s FLORA AND ULYSSES. Although Wiles has a pile of books she needs to read for research, for right now she’s seeking out audiobooks with comforting voices.--Susie Wilde