“Audiobooks are wonderful as long as they’re not mine. I can’t listen to my own work in audio form.” 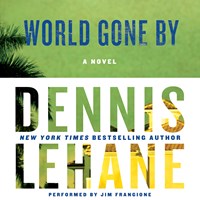 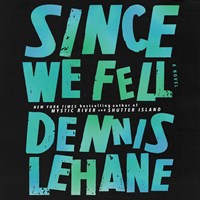 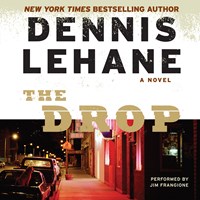 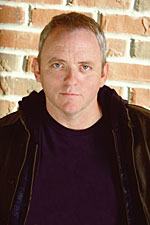 You won’t hear Dennis Lehane, New York Times bestselling author of MYSTIC RIVER; GONE, BABY, GONE; and his new book, THE GIVEN DAY, read any of his novels on audio, but it’s not for the reason you might think. He has a pleasant bass voice and speaks clearly. “It’s too much work,” he explains. “That’s a job. I’ve actually done a little myself, but it was short stories.” He adds, “It’s very much acting. I can read chunks of narrative quite fine, but when I have to do four people talking in a room--you compare my version of that and a professional actor’s version, and you know exactly who’s going to win every time. Why would I want to put an actor out of a job?”

Professionals performing their jobs, labor relations, and unions figure prominently in Lehane’s new book, which culminates with the Boston police labor riots of 1919. Lehane’s epic follows the family of rookie policeman Danny Coughlin, the son of a police captain, as he goes undercover to infiltrate a radical leftist organization. “It was a time of considerable turmoil. The Russian Revolution took place only 11 months before the beginning of the book, and that had a seismic effect on the world. I think even more so than WWI, which was winding down. The common perception was that governments were going to be overthrown on a pretty consistent basis. You had all sorts of responses to this fear from whichever government you were dealing with. The United States believed there was going to be an uprising on May Day.”

Actor Michael Boatman narrates the novel and juggles a number of foreign and domestic accents in the book. Lehane has seen some of the historic figures that play a part in the book in newsreels, people like baseball legend Babe Ruth, playwright Eugene O’Neill, leftist activist Jack Reed, NAACP founder W.E.B. Du Bois, radical rights activist Emma Goldman, and cunning Massachusetts governor and future president Calvin Coolidge. “But my first love of the 1920s,” Lehane says, “is the RKO gangster movies, so I was just emulating that speech. When Babe Ruth is thinking, he’s thinking very much like George Raft. There’s a certain cadence to Raft’s speech that was of that time. That’s what I was trying to emulate.”

How does the author who has written for the screen and the stage deal with another artist interpreting his work? “I’m conscious of how I hear them. Unfortunately, that was something I saw very much of when I saw my first play produced. It takes the actors time to get their mouths around my dialogue. Once actors establish a comfort level, they’re okay, but it takes some time to get there.”

Lehane loves audiobooks and makes time in his busy schedule to indulge.

“I just finished a wonderful audiobook of HEART OF DARKNESS by Joseph Conrad.” But he doesn’t listen to his own books. “Audiobooks are wonderful as long as they’re not mine. I can’t listen to my own work in audio form.” Lehane says it’s not regret about something that he might have done differently if given the chance. Instead, he says, “There’s an internal voice in my head, and that voice is not what I hear on a disc.”--Randy O’Brien