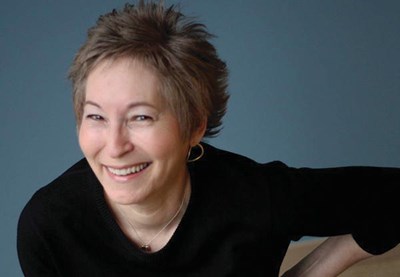 "I have an opening line or a premise, and then I sit back and ask, ‘Am I curious enough about what happens?’ The story that results always surprises me." 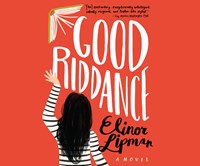 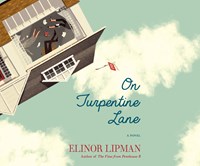 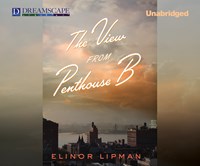 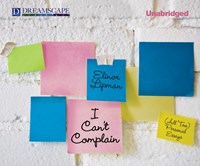 Elinor Lipman has been asked the darnedest questions while out on tour to promote I CAN’T COMPLAIN, her first collection of personal essays. “They want to know: ‘What is the first line of your match.com profile?’ or ‘Are you dating anyone?’ What am I supposed to say? ‘Oh no, that’s private?’” laughs the author, who is best known for perspicacious funny novels featuring sharp social satire and happy endings. “I blush, but I figure I asked for it.”

Lipman’s most recent novel, THE VIEW FROM PENTHOUSE B, was published simultaneously with the essays, leading to what Lipman’s editor calls a “conversation between the books” that is revelatory and moving. The essays, as thoughtful and witty as her novels, address everything from online dating to holding grudges and include several about the premature death of her beloved husband, Bob, and her subsequent widowhood.

As it happens, the novel, told in the first person, is about a widow. “Before Bob’s illness and death, I had been working on a boarding-house recession comedy,” explains Lipman. “When he died, I dumped 65 pages, set the story in the first person, and made the protagonist a widow. But I said to myself, ‘It’s not me, because I’m a new widow, and she has been widowed for two years.’ Of course, it takes so long to write a book that I caught up to her!”

When Jeff Golick, publishing director of Dreamscape, acquired the audiobook rights to both books--“Thank you, thank you, Jeff,” says Lipman--she asked to be the one to narrate the essays. The experience, she reports, was “easier than recording a novel, which was very, very hard work. You have to differentiate characters!” [She has narrated two novels.] This time, other than choking up while reading of Bob’s death--the director kept that take in--she had a delightful time. Admittedly, it turns out that she uses lots of foreign words in her writing that she does not actually know how to pronounce. “We would practice, and then the director would say, ‘Okay, now say it as if you’re not trying so hard.’ And another thing, if you decide that you want to edit a little bit as you record--not a lot, just change a few words--well, too bad. You might think you’re getting away with it, but the proofreader always catches what you did and wants to litigate it!”

All of which makes her even more appreciative that actress Mia Barron narrated PENTHOUSE B. Several novels ago, Lipman asked to participate in choosing the narrator of her work. She was sent a CD with five voices--“and when I got to Mia’s, I said ‘hold the presses, this is it.’” She appreciates Barron’s clear voice and “non-actressy” approach. The newest novel is the third of Lipman’s books that Barron has narrated.

Lipman describes herself as a reading, not a listening, person--“although the thing is that I keep wanting to change that.” She’s inspired by her listening public, including a fan who recently sent her an email after hearing Penthouse B: “I have listened to it whilst clearing pine needles from our property, doing the laundry, spring- cleaning the house, and late at night in the dark under the comforter. Wonderful and marvelous, this, adding to my daily appreciation and general contentment.” “It made me think, why aren’t I constantly listening to a book when I’m doing the dishes or making the bed?” asks Lipman. “I absolutely mean to. The problem is that I daydream a lot. When I am driving or walking or chopping onions, I’m thinking: ‘What is my character doing next?’”

Such planning is vital, for as Lipman relates in the essay “No Outline,” she doesn’t plot her books ahead of time. “I have an opening line or a premise, and then I sit back and ask, ‘Am I curious enough about what happens?’” The story that results always surprises her, whether it’s the unexpected attractions of a traveling fudge salesman or the benefits of acting as a pretend girlfriend.